What do the NFL Protesters Really Want? 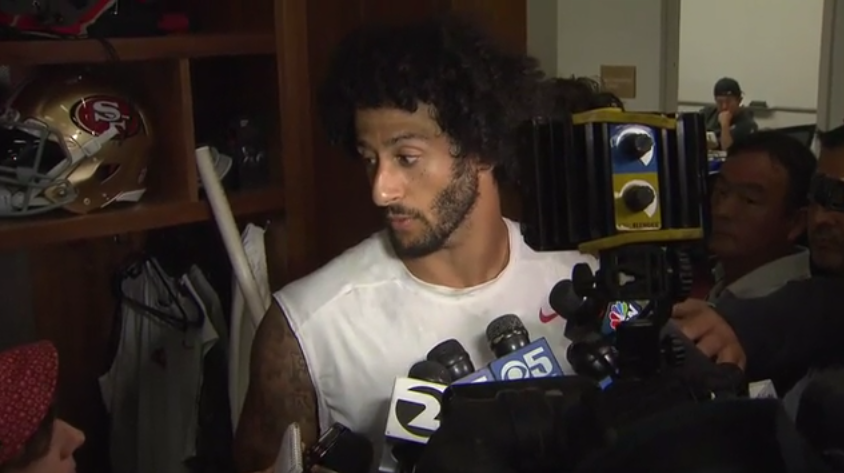 Before the 2016 football season even started, Colin Kaepernick had been demoted. He had once been a star quarterback for the San Francisco 49ers. But after suffering injuries to his shoulder, hand, and knee, his performance was declining, so the 49ers benched him. As he nursed his wounded pride on the sidelines before a preseason match-up with the Green Bay Packers, the national anthem played. He did not stand or place his hand over his heart. He sulked on the bench.

A journalist from NFL.com took note and asked Kaepernick why he didn’t stand for the anthem. Kaepernick claimed that it was a protest. “I am not going to stand up to show pride in a flag for a country that oppresses black people and people of color.” Referring to several high-profile police shootings of black suspects, he added, “There are bodies in the street and people getting paid leave and getting away with murder.”

Whether Kaepernick’s refusal to stand during the national anthem really started as a heartfelt statement against our country’s race problems, it certainly became one. Kaepernick and dozens of other players spent the rest of the 2016 season kneeling conspicuously during the national anthem and regaling sports journalists with earnest—if ill-informed—statements about racist police violence.

Kaepernick was not picked up by any team for the 2017 season, but during the first couple of weeks of play, a handful of other NFL players continued to kneel during the anthem. Then, on Friday, September 22, President Trump took on the player-protesters, calling for them to be fired. Trump’s denunciation drove hundreds of players to their knees…only in protest, rather than surrender. Even team owners and coaches joined in! Clearly, this phenomenon isn’t fizzling out.

Even before the president got involved, the protest had generated two questions that provided the fodder for hundreds of hours of sports TV and radio commentary: (1) Do the players have a right to kneel during the national anthem? And (2) are the protesters right about institutional racism in police departments? But there’s a third important question that I would like to raise: What exactly do the protesters want?

All effective protest movements demand something specific. The civil rights movement of the 1960s demanded that Congress pass some version of what later became the Voting Rights Act and the Civil Rights Act. Anti-Vietnam War demonstrators wanted America to pull out of Southeast Asia. When the protesters’ terms were met, these protests stopped. So, what would make the NFL protesters stand up, put their hands over their hearts, and sing “The Star-Spangled Banner” again?

What policy, what law, what rule would satisfy Kaepernick and his followers? Until the protesters answer that question, they will have to forgive their critics for thinking that they are just sulking on the sidelines.

The above article has been republished with permission from Acculturated.