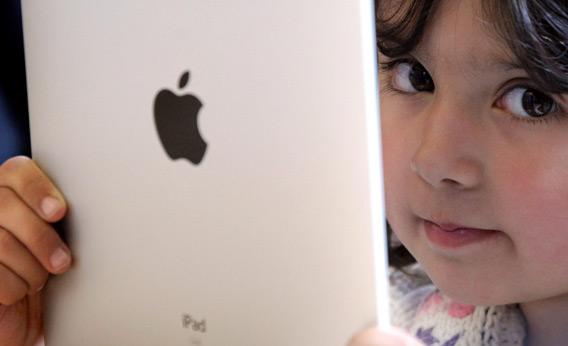 In September 2014, the New York Times published an article whose headline came as a shock to many: “Steve Jobs Was a Low-Tech Parent.”

The article’s author, Nick Bilton, reported that he was surprised when Jobs told him back in 2010 that “We limit how much technology our kids use at home.”

But as it turns out, Jobs was not alone among Silicon Valley execs in limiting his kids’ screen time. Many of them send their children to a Waldorf School (whose tuition runs about $25,000 per year) where screens are not allowed in the classrooms, and their use is even discouraged at home. (Here’s a link to a New York Times profile of the school.)

“My kids accuse me and my wife of being fascists and overly concerned about tech, and they say that none of their friends have the same rules,” he said of his five children, 6 to 17. “That’s because we have seen the dangers of technology firsthand. I’ve seen it in myself, I don’t want to see that happen to my kids.”

To many, these revelations represent classic cases of “Do as I say (or sell), not as I do.” While Silicon Valley execs are sending their children to elite, tech-free schools, their own school districts are scrambling to provide each student with an iPad.

But I also think they signal a broader need for a capacity to more maturely evaluate technology in general. The Silicon Valley execs are among those who know “the beast” and its capabilities more intimately than most, and therefore it’s illustrative to see how they act.

To all appearances, a large percentage Americans are not being provided with an ability to think critically about technology: to carefully discern between its benefits, its challenges, and its potential threats to our humanity. Instead, they are trained to be merely consumers of it, to simplistically identify technological progress with human progress, and to deflect any concerns about technology as “Luddite.”

Arguably, schools have been complicit in fostering this simplistic attitude toward technology, not only by filling their classrooms with it, but also by failing to help students critically evaluate it. As author Neil Postman noted in his 1995 book The End of Education, “Nowhere do you find more enthusiasm for the god of Technology than among educators.”

Postman believed it was incumbent on schools “to provide… a [more] serious form of technology education”—one that concentrates not on showing students how to use technologies (they seem to figure that out just fine on their own), “but how they use us.”

“In the case of cars, what we needed to think about in the early twentieth century was not how to drive them but what they would do to our air, our landscape, our social relations, our family life, and our cities. Suppose that in 1946, we had started to address similar questions about television: What would be its effects on our political institutions, our psychic habits, our children, our religious conceptions, our economy? Wouldn’t we be better positioned today to control television’s massive assault on American culture?

The essence of Postman’s recommendations is being heeded by many of today’s tech execs. Their children are being taught to use technology wisely so that they are not used by it.