How Orwell Became the Prophet Who Foresaw Our Future 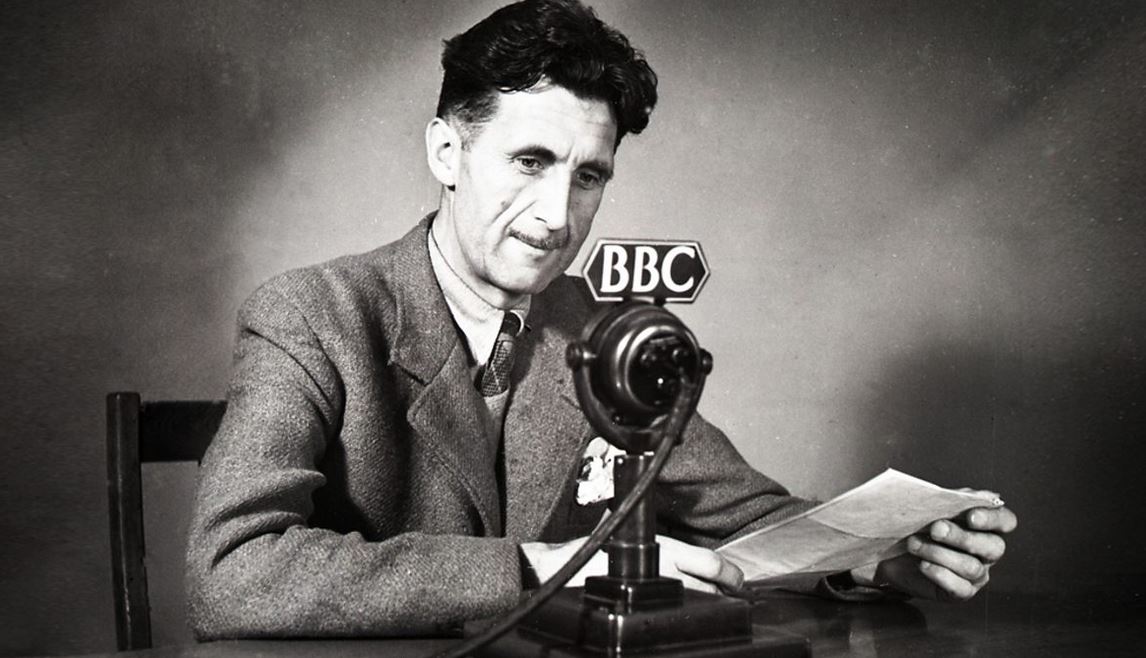 There is something ghostly and ghastly about the resurrection of British author George Orwell in contemporary politics, especially in the reaction to the disruption and transformation of public policy now taking place.

Orwell was a mid-20th century journalist, essayist and novelist who was an early anti-fascist of the far left until the Spanish civil war of 1936-39 in which he fought on the anti-Franco side. During that period, living side by side with the defenders of the democratic Spanish republic, many of whom were radical anarchists and Stalinist communists, Orwell got to see the brutality of the far left up close, and so his passionate anti-fascism was augmented by growing anti-communist views as well.

During and after World War II, Orwell increasingly was alarmed by totalitarian Marxism, and wrote two iconic satiric novels depicting the consequences of Stalinist totalitarianism, 1984 and Animal Farm. Their themes of dictatorship and imposed political conformity were meant to expose Marxism in allegory, although the international far Left attempted to defuse the satire by trying to interpret 1984 in particular as a condemnation merely of modern technology.

It was, of course, nothing of the sort, but by reversing the date of 1948 (when it was written) to 1984, the author gave his novel a futuristic flavor. In it, Orwell introduced some new terms such as “doublespeak,” “Big Brother,” “newspeak,” and “thought police” which have now become part of the language we routinely use today.

Orwell wrote six fine novels and three acclaimed books of non-fiction, but Animal Farm (1945) made him famous, and 1984 (published in 1949) established him as one of the iconic writers of the century. His essays, criticism and letters are still highly regarded. Unfortunately, he died at age of only 45 from tuberculosis in 1950.

My generation in the English-speaking world, and those in subsequent generations, read his books as  much-touted classics until soon past their “due” date when the Soviet Union and its Marxist system collapsed — and many of us believed that the dangers it prophesied was past.

It turns out that our optimistic relief was premature, and while international totalitarian states, Marxist and otherwise, continue to arise and fail, new forms of 1984 and Animal Farm have arisen domestically from within as well as outside today’s democratic societies.

These new forms have overtaken many, if not most, U.S. college campuses where large numbers in the academic faculties, particularly in the liberal arts departments, are teaching and imposing neo-Marxist totalitarian ideas and myths on a whole generation of college students. Hiding behind the epithets of “racism,” “anti-feminism,” “economic exploitation” and ‘imperialism,” these efforts are effectively choking out genuine free speech, honest scholarship, and an open discussion of ideas by employing the bullying tools of political correctness.

The essential technique these academic and radical forces employ is, in fact, very much in the tradition of Orwell’s 1984 in which propaganda is insinuated and then imposed as a pure opposite of what it objectively is — the doublespeak that “black” is “white,” “right” is “wrong” and so on.

Orwell wrote many essays, reviews, and novels — and was justly popular among pre-World War II English-speaking (as well as many non-English-speaking) liberal readers, and then in the Cold War, among many conservative readers.

With both Nazi fascism and Soviet communism defeated, however, George Orwell came increasingly to be regarded as a writer of only a certain past, and because his literary style had not been avant-garde, he was studied as primarily a sociological figure. He did remain a democratic socialist and an atheist (who observed Anglican rituals), but his greatest passion was his opposition to totalitarianism in any form and pretense, and his writing is always lucid.

Now, in the second decade of the 21st century, it is becoming apparent that Orwellian literary reach is much greater than perhaps originally thought by readers and critics. In fact, the news headlines and TV images of almost every day in our present time seem to confirm George Orwell as some kind of uncanny prophet of human behavior — and, long after his passing, a palpable if invisible writer-in-residence of our own time.