Famous Author: ‘There Is No Such Thing as Atheism’ 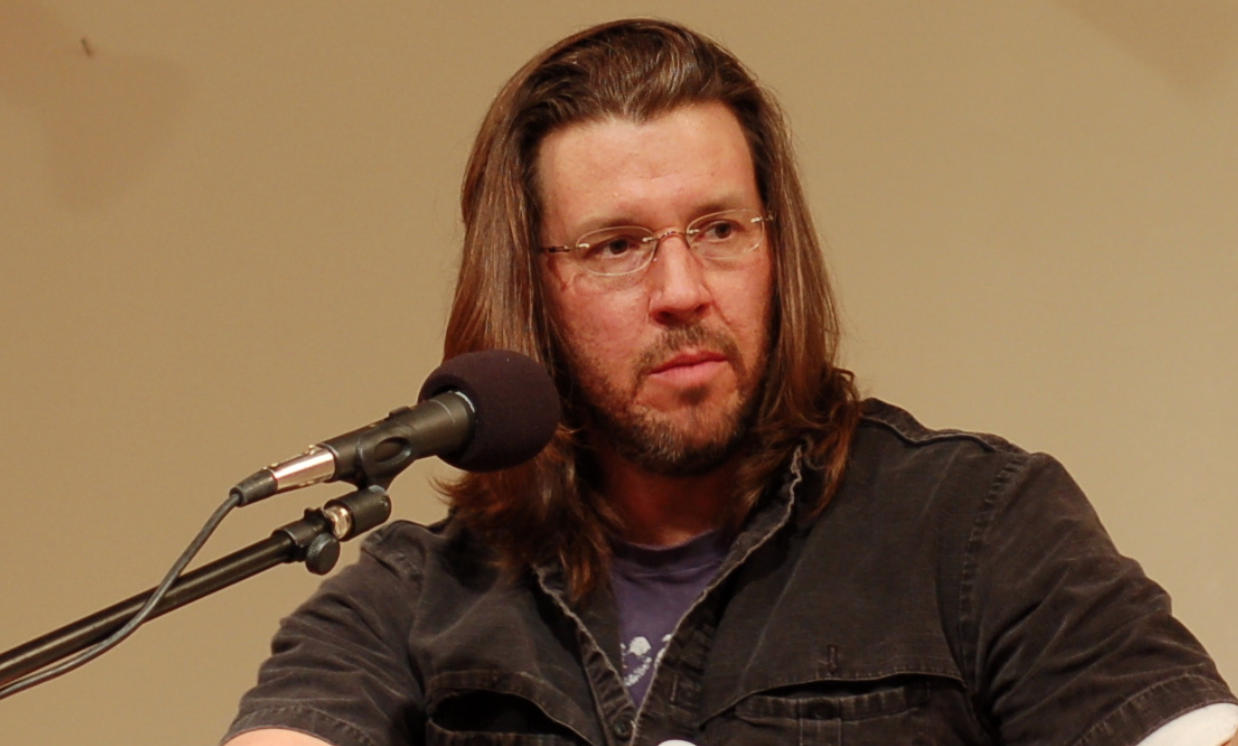 In today’s secular America, it feels like atheism (the lack of belief in a divine being) is extremely prevalent.

But you may be surprised to learn that, according to the most recent survey conducted by the Pew Research Center, only about 3% of Americans actually identify as atheist.

That said, there are many more Americans who could perhaps be termed “practical atheists”: though they may profess an intellectual belief in the existence of a divine being, that belief does not really have much of an impact on their lives. In this category might be put the “nones”—those individuals not affiliated with any church or religion—who now make up 20% of the U.S. population, and represent a third of U.S. adults under the age of 30.

Interestingly, however, in a celebrated 2005 commencement address at Kenyon College (see the video below), famed author David Foster Wallace (who himself had a complicated relationship with religion) told those gathered that atheism itself doesn’t really exist:

“In the day-to-day trenches of adult life, there is actually no such thing as atheism. There is no such thing as not worshipping. Everybody worships. The only choice we get is what to worship. And an outstanding reason for choosing some sort of God or spiritual-type thing to worship—be it J.C. or Allah, be it Yahweh or the Wiccan mother-goddess or the Four Noble Truths or some infrangible set of ethical principles—is that pretty much anything else you worship will eat you alive. If you worship money and things—if they are where you tap real meaning in life—then you will never have enough. Never feel you have enough. It’s the truth. Worship your own body and beauty and sexual allure and you will always feel ugly, and when time and age start showing, you will die a million deaths before they finally plant you. On one level, we all know this stuff already—it’s been codified as myths, proverbs, clichés, bromides, epigrams, parables: the skeleton of every great story. The trick is keeping the truth up-front in daily consciousness. Worship power—you will feel weak and afraid, and you will need ever more power over others to keep the fear at bay. Worship your intellect, being seen as smart—you will end up feeling stupid, a fraud, always on the verge of being found out. And so on.”

Wallace’s thoughts echo a point made by an Orthodox Christian priest, Alexander Schmemann, in an intriguing essay titled “Worship in a Secular Age.” In that essay, Schmemann wrote that man is fundamentally a homo adorans—a “worshipping being”… “the one for whom worship is the essential act which both ‘posits’ his humanity and fulfills it.”

In making this point, Schmemann was writing from the perspective of Christian revelation, which holds that God gifts man with existence for the sake of sharing in his divine life, and man’s fundamental act in response to this gift is thanksgiving in the form of worship.

Wallace also makes the point that man is a “worshipping being,” but from an experiential point of view. Experience shows, he argues, that men and women inevitably end up worshipping something. If it’s not God, then it’s things such as money, comfort, sex, sports, fame, power, success, their bodies, their careers, or themselves.

As we know, to effectively pursue excellence in any one of these things requires a significant commitment of time, attention, and discipline; it requires an ongoing binding of oneself to the activities required to achieve the desired goal.

And that’s literally what religion is—the word itself comes from the Latin verb religare, which means “to bind.” It refers, as Lactantius said in the third century, to the act of voluntarily binding oneself to God.

In Wallace’s thinking then, all human beings are ultimately “religious”; what differentiates them is merely the “god” to which they happen to bind themselves.