Chesterton on the Difference Between Progress and a Progressivism 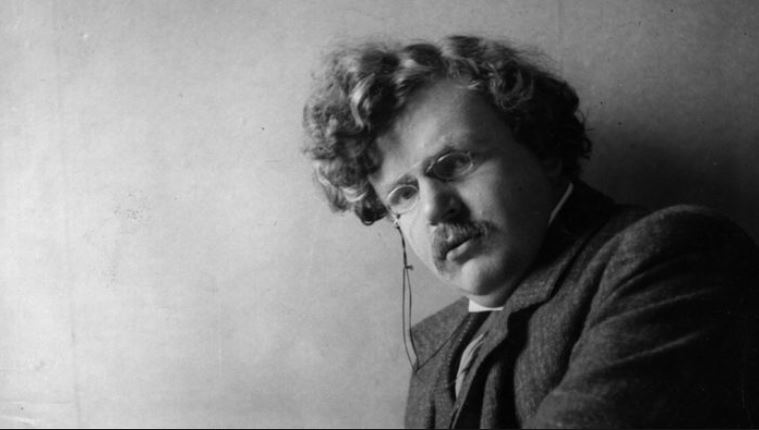 Who could possibly be opposed to progress?  G.K. Chesterton certainly wasn’t.  But he did have his disagreements with those who liked to call themselves progressives.  And therein lies a tale—or at least a point.

Progressives versus conservatives.  The battle hardly figures to be a fair one—especially among the young.  To amend and repeat: who, under thirty, could possibly be opposed to progress?  Once again, Mr. Chesterton, whether he was under thirty or well over it, wasn’t.  But he did have his differences with progressives.

To Chesterton, progress could only be achieved with a particular point in mind.  Otherwise, progress was simply—and blindly—a direction.  And therein resided a problem.  At least Chesterton thought so.  As he put it, whenever there is any doubt about the direction, “we become in the same degree doubtful about the progress.”

He went on with a line of argument that still applies today.  His age—and ours—has “less right to use the word ‘progress’ than perhaps any age since the beginning of the world.”  Why?  Because it is precisely about the direction that we have been in ongoing disagreement.

Should there be more liberty or less liberty?  Should private property be concentrated in the hands of a few or distributed to the many? Will sexual passion reach its sanest point in an “almost virginal intellectualism” or in “full freedom?”  Should we “love everybody with Tolstoy or spare nobody with Nietzsche?”

Chesterton hastened to add that he did not find the word progress unmeaning.  He only meant that it was unmeaning to use the word without a prior definition of an end to be achieved.  And ends imply agreement on doctrines, especially moral doctrines.

But, perhaps surprisingly, that solved only part of the problem.  True progress required more than agreement on a goal.  It required agreement among groups of people.  Whether we are talking about tribes or nations, people must, to some degree, hold the same doctrines in common.

Progress, Chesterton proceeded, was not an illegitimate word.  It was just illegitimate for self-styled modern progressives to use it.  Actually, Chesterton decreed that it is a “sacred word,” because it was a word that could only be rightly used by “rigid believers and in ages of faith.”

Today’s critics of progressivism dwell on a very real problem for progressives: the absence of a limiting principle.  Is same sex marriage evidence of progress?  If so, does polygamy build on that progress?  And if not, why not?

Chesterton attacked this problem from a slightly different direction and at a different point in the process.  For him, the crucial failing occurred well before the endless vistas of progress loomed endlessly before the minds’ eyes of endless numbers of progressives.  The crucial failing was that a “great silent collapse (had) fallen on our civilization.”  Previous ages had concentrated on determining what really was the right life, and what really constituted a good man.

Not so the modern age.