4 Reasons War with North Korea May Be Imminent 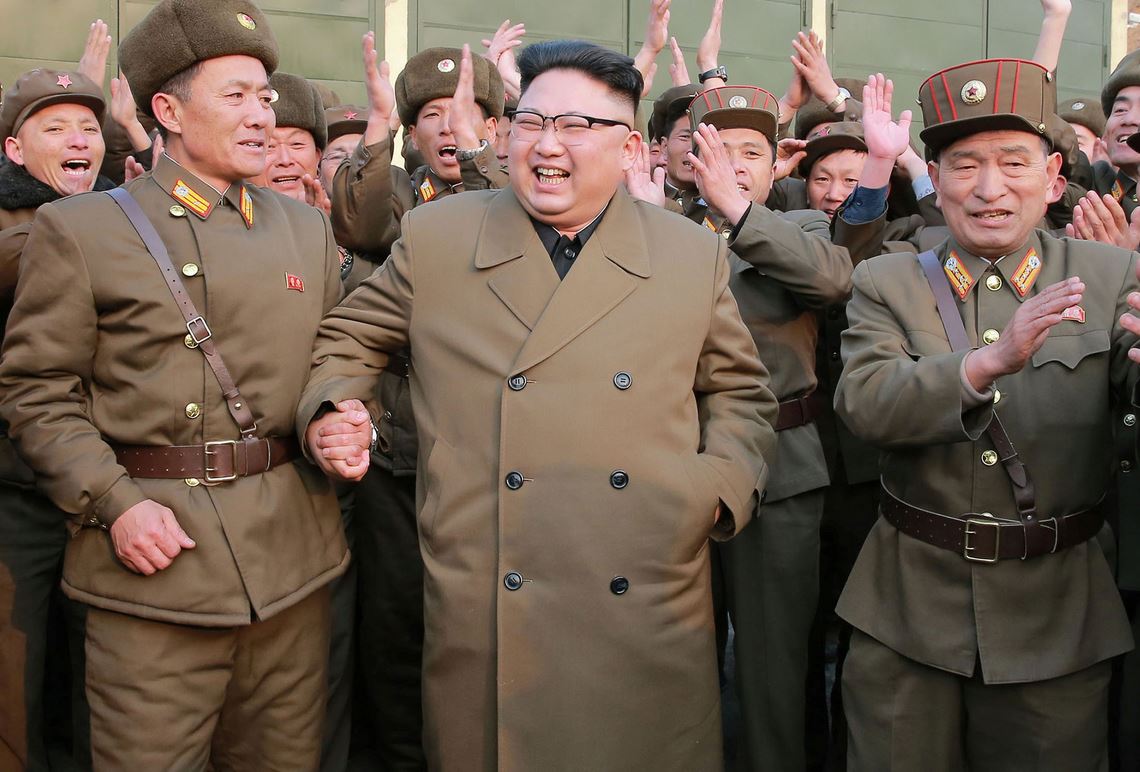 North Korea’s nuclear and missile testing programs have accelerated in the last three years, and the nation’s leader, Kim Jong-Un, appears unrelenting in his pursuit of demonstrating the capability to reach the continental U.S. with a nuclear-tipped ICBM (intercontinental ballistic missile).

According to CNN, North Korea has fired 22 missiles in 2017 alone (see below), and the pace of the testing is hastening.

One can imagine few things worse than another conflict in Korea. The Korean War (1950-1953) cost 1.2 million lives, including 36,574 U.S. troops. The price tag for the U.S. is estimated at $67 billion. But a North Korea equipped with an arsenal of ICBMs capable of delivering miniaturized hydrogen bombs across oceans might be one of the few things worse than a second modern war on the Korean peninsula.

Are we heading in that direction? Here are four reasons we might be.

1. Kim is Not Going to Give Up His Nukes

As Fred Kaplan noted in a recent article in Slate, there is virtually no chance Kim will give up his nukes. The sanctions leveraged against North Korea are stiff, but Kim will not personally feel them. “Two million are believed to have died in a famine in the 1990s,” Kaplan points out. “The Kim dynasty did not suffer.”

Pyongyang’s pursuit of nuclear-armed ICBMs serves a dual purpose, military analyst Rodger Baker has noted: It prevents regime change while at the same time giving North Korea the ability to shape policy and security in Northeast Asia. Kim knows that he is safe and free from Western meddling so long as he can kill hundreds of thousands by giving an order.

A war is not justified or unjustified based on its popularity, of course. But the numbers show that President Donald Trump—who in an address to the U.N. on Tuesday referred to Kim as “Rocket Man”—would have political latitude to initiate a strike.

Since the end of World War II, Japan has primarily been a pacifist power, the product of Article 9 of the Japanese Constitution, which outlawed war as a means to settle international disputes. This changed to some degree in 2014, when Japanese officials allowed for a “reinterpretation” of the clause (without amending the constitution). Following the change, Japan immediately ramped up defense spending, which has continued to rise in subsequent years.

Reports suggest that Japanese leaders are not exactly happy with Kim launching missiles over their nation, and that the action might mark the end of “Japanese pacifism.”

A reasonable argument can be made that the price of military action against North Korea outweighs any benefits it could conceivably achieve. But whatever course of action U.S. leaders opt to take, they must choose quickly. Delay does not merely embolden Kim, it makes the potential costs of military intervention steeper.

“The closer Pyongyang comes to achieving its goal, the higher the risk level for military action,” Baker correctly notes.

Pyongyang’s program is accelerating. Six years into his reign, Kim has tested more than twice as many missiles as his father and grandfather combined. Because of the rapid acceleration of North Korea’s missile and nuclear programs, the U.S. will soon reach a point where military action is no longer viable.

A war in Korea would disastrous. There is no getting around that. It’s quite possible such a fight would pull China into the conflict, which some have speculated could mark the beginning of World War III. But U.S. leaders must soon decide whether the costs of military action exceed the danger of a North Korea equipped with a nuclear arsenal capable of wiping out cities across oceans.

The time for procrastination is over. And not making a choice, as the philosopher William James once noted, is itself a choice.