The Battle against Temptation Is Worth It, Men 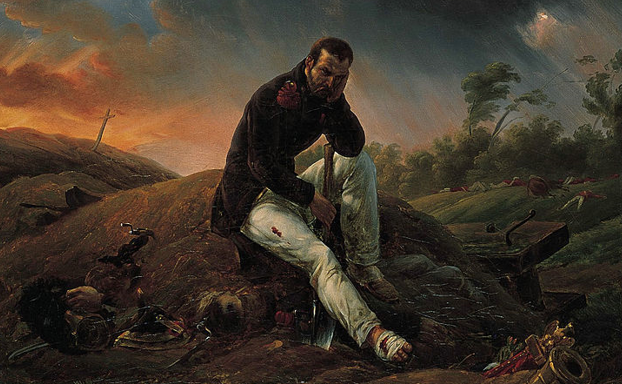 For the last nine months, my lifestyle has been that of the single, solitary bachelor. With family in another state and most of my friends being married with kids, I go home from my nine-to-five job to my studio apartment alone. And so, I can empathize with the growing mass of today’s lonely, American men because, well, I am one.

In seeking to fill the void, we are all searching for meaning, trying to find our purpose, and frankly, just trying to kill time. Whether married or single, rich or poor, every man feels the draw of assuaging his loneliness with short-term pleasure: through TV and movies, food and drink, social media and the news, pornography, video games, and whatever else suits his fancy.

In this age when instant gratification is just a couple clicks away, pleasure has become a sort of tonic to wandering and afflicted souls. It is the soma of postmodern man, an elixir to deaden the senses. I am no fun-hater; believe me. But I don’t think I am alone in the realization that I have wasted a lot time and energy just trying for a momentary escape.

It’s difficult not to ask ourselves, “Do any of these pleasures provide real, lasting satisfaction?”  And when we are honest with ourselves, we know the answer.

We know that this “self-medicating” rarely gets us any closer to attaining our dreams or what may be called “higher goods”, like spiritual or character development, marriage, starting a family, and professional excellence. In light of such pursuits, our short-term pleasure-seeking may actually constitute self-sabotage. Yet, the knowledge of such often only exacerbates the problem by the sense of shame it brings.

The problem of loneliness and temptation becomes cyclical because the temptation grows stronger when you feel you are alone. For me, a more solitary lifestyle was a choice in order to grow in my faith. But for many loneliness is a forced circumstance, brought on by job changes, separation from family or friends, or simply having succumbed to the greater culture in which male friendship isn’t valued.

If we know that our present culture won’t provide us the means to attaining self-mastery, I suggest we look to another, one in which higher principles were actually the norm.

One unlikely source of inspiration I have discovered is the female protagonist of Charlotte Brontë’s eponymous literary classic Jane Eyre. In this 19th century tale of virtue, romance, and spirituality, Jane is confronted by a choice between conscience and desire. While she is drawn deeply into relationship with her noble, yet passionate employer, she is shocked to discover that to marry him would, in fact, be an adulterous act. At the moment of sharpest temptation Jane describes her inward struggle:

“This was true: and while he spoke my very conscience and reason turned traitors against me, and charged me with crime in resisting him. They spoke almost as loud as Feeling: and that clamoured wildly. ‘Oh, comply!’ it said. ‘Think of his misery; think of his danger — look at his state when left alone; remember his headlong nature; consider the recklessness following on despair — soothe him; save him; love him; tell him you love him and will be his. Who in the world cares for YOU? or who will be injured by what you do?’

Still indomitable was the reply — ‘I care for myself. The more solitary, the more friendless, the more unsustained I am, the more I will respect myself. I will keep the law given by God; sanctioned by man. I will hold to the principles received by me when I was sane, and not mad — as I am now. Laws and principles are not for the times when there is no temptation: they are for such moments as this, when body and soul rise in mutiny against their rigour; stringent are they; inviolate they shall be. If at my individual convenience I might break them, what would be their worth? They have a worth — so I have always believed; and if I cannot believe it now, it is because I am insane — quite insane: with my veins running fire, and my heart beating faster than I can count its throbs. Preconceived opinions, foregone determinations, are all I have at this hour to stand by: there I plant my foot.’”

Jane’s convicting words strike to the heart. Has our culture– have we –forgotten the virtue of self-control? Fellow men, I know that self-discipline is hard, but I urge you to consider: does that make the battle any less worth it?