From College Indoctrination to Corporate Intolerance 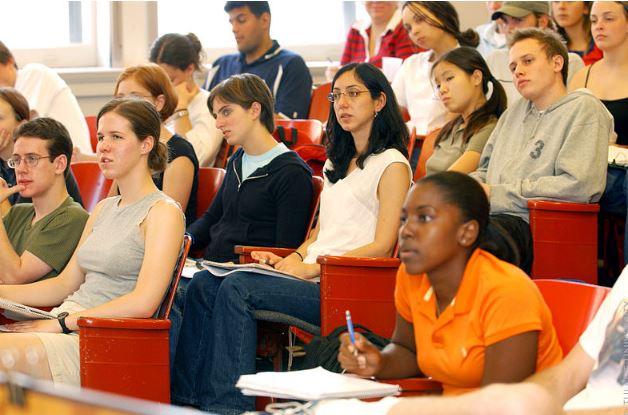 A day after an internal email by a Google employee was leaked to the press, a combination of ideological intolerance and scientific illiteracy led Google to fire James Damore for “perpetuating gender stereotypes.” On the day he was fired, Quillette.com published several brief essays by academics on the science of sex differences, mostly vindicating his characterization of the relevant data. That night, hackers shut down the website, presumably to prevent readers from learning the truth: that there are average differences between men and women, that these differences are partly rooted in biology, and that these differences have predictable social consequences.

How did we get here? Why would such a carefully worded dissenting opinion earn someone so much scorn from the public, misunderstanding by the media, and a pink slip by the company he works for? How could an employee who expresses skepticism about a company’s policy, but doesn’t violate the company’s policy in any obvious way, be fired? And why would activists think it’s okay to use force to shut out dissenting voices on a website like Quillette?

Indoctrination Begins in College and Seeps into Corporate Culture

The problem begins in universities, where radical ideas are promoted and lauded as “progressive” and students are taught what to think instead of how to think.

Universities are populated by professors who are promoted based on increasingly specialized scholarship that is often inscrutable to outsiders. Few faculty are hired or recognized for their ability to bring insights from different fields together and help students see the big picture.

More importantly, while some universities nominally promote “critical thinking,” this phrase has come to mean the study of bizarre subjects like “critical theory” that use bombastic and abstruse language to criticize Western civilization. Thinkers like Plato and Aristotle, Newton and Darwin, are cast aside in favor of Foucault and Derrida, Lacan and Zizek. What most of us mean by “critical thinking” is that students should be taught how to challenge authority in a disciplined way by recognizing common biases. This includes, for example, understanding how statistics can be misused to fool us into accepting conclusions too readily, and becoming aware of how our political commitments can impede our ability to accept scientific evidence that suggests small but significant biological differences between sexes and races.

The point of a liberal education was supposed to be to bring familiarity with the ideals of the Enlightenment, the principles that guide scientific research, and the foundational texts that made the modern world. But this ideal is now considered quaint, and is increasingly rejected as an oppressive force rather than the foundation of a free and prosperous society.

Moreover, students are taught that political speech with which they disagree is “violence” that should be shut down at all costs. They avoid uncomfortable topics by retreating to “safe spaces” on campus and shout down speakers who do not toe the far left line. Too many administrators and faculty promote such behavior. Those who dare to disagree—like Allison Stanger and Bret Weinstein—are run off campus.

It is no surprise, then, that corporations are increasingly populated with young adults who do not know how to handle political views or scientific claims they have been taught are out of bounds of public discussion. When Google’s diversity officer replied to James Damore’s email, it was an incoherent affirmation of the company’s diversity policy, coupled with an accusation of sexism. It didn’t even attempt to cite reasons why the science Damore mentioned was wrong, or why his political views about diversity policy were misguided. It just asserted they were, and then used that assertion the next day as a pretext to fire him. This is what we get when university professors abuse their power and attempt to turn students into pawns in their political game, rather than autonomous agents with the capacity (but not yet ability) to think for themselves.

The Training of Journalists and Importance of Language

Journalists, and, by extension, journalism schools, are also to blame. A common route to writing for newspapers and blogs these days is to get an undergraduate degree in English or journalism, and then cover stories in politics that touch on economic controversies, developments in science, environmental issues like global warming, and international affairs like the Israeli/Palestinian conflict.

Journalists can’t possibly know even a small fraction of what they need to in order to cover these topics, so they depend on experts. Good journalists exhibit epistemic humility, and commit themselves to deferring to a range of different experts in a particular field—in this case, for example, evolutionary psychologists and neuroscientists who study the science of sex differences.

But this approach is increasingly unprofitable for journalists to the extent that there is an arms race to get a story out as quickly as possible in order to maximize clicks. Even when journalists are under less time pressure, the increasing consumer demand for articles that reflect their political preconceptions makes it difficult for responsible journalists to cash in on their talents by publishing a balanced account of a story.

So it is no surprise that the immediate reactions to “Google Gate” tended to use emotionally-charged words and assumptions that are inconsistent with the best available science on sex differences.

Some of the earliest headlines exhibited equal parts scientific ignorance and progressive bias in the use of language. When Gizmodo first published the email, the author omitted references contained in the original email and referred to it as an “anti-diversity screed” rather than an objection or an argument. Britain’s most popular newspaper, the Guardian, ran a popular story entitled “Google’s Sexist Memo Has Provided the Alt Right with a New Martyr.”

When Steven Pinker published The Blank Slate: The Modern Denial of Human Nature in 2002, a common reaction to it was “come on, nobody actually believes the view Pinker is criticizing.” This was the reaction by the eminent philosopher from UNC-Chapel Hill and Cambridge University, Simon Blackburn.

It now appears that Pinker was not only describing reality, but writing a prophesy. If anything, the dogmatic commitment to the view that individual and group differences are purely the result of socialization or bias has increased over the past decade or so, despite the fact that evidence to the contrary is accumulating fast.

Universities typically begin their freshman orientation programs with bias training, and an assigned book or set of readings that emphasize the oppressive nature of Western civilization. Rather than celebrating Western achievements like religious toleration, constitutional democracy, and the scientific revolution, many faculty members and training programs focus on the wrongs committed by Europeans against other groups. Never mind that morally objectionable practices like slavery and colonialism were commonplace around the world and throughout history by nearly every society with powerful weapons and technology. Focus on recent sins in the West, and then use them to explain all achievement gaps.

Two concepts are especially prominent in these readings and bias training seminars: stereotype threat and epigenetics. Stereotype threat occurs when members of a group perform worse on a task after being presented with information that their group tends to do that task poorly. Epigenetics is the idea that a stressful environment can produce chemical changes that alter the expression of genes, which, proponents say, might account for why some groups perform worse than others. Yet the evidence that stereotype threat can explain achievement gaps is weak, and the use of epigenetics to explain group differences is even more tenuous.

At the bottom of these trends is a fundamental change in universities’ understanding of their own mission. The search for truth, wherever it may lead, has been replaced with a definite, inflexible worldview. Universities have abandoned their commitment to reason, evaluation of evidence, and freedom of conscience.

This article from the James G. Martin Center was republished with permission.