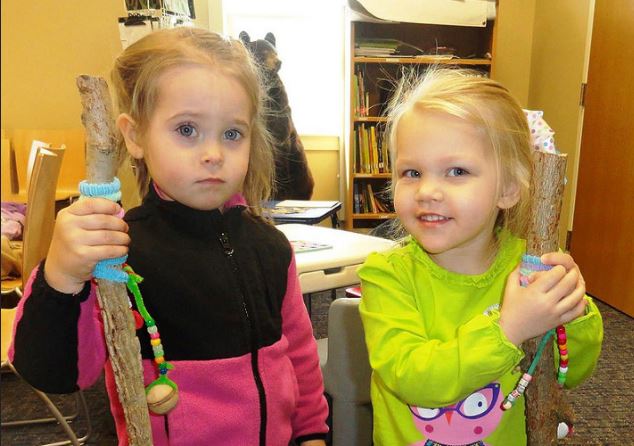 My grandmother taught kindergarten. In the ‘40s, before her own baby boomer children arrived, she spent weekday mornings singing ABCs and writing 123s with neighborhood children in the living room of her small suburban home.

Kindergarten back then was very different from today. For one, it was fun. For another, it was part-time and low-key. My grandmother’s kindergarten class was rooted in music, play, and movement, with a worksheet here and there, before the parents would scoop up their children before lunch for a wide-open afternoon. When I was little, she would play on her piano the sweet songs she once played for her kindergarteners. In her attic I played school with the leftover lesson plans I found buried deep in dusty bureau drawers.

When I went to kindergarten back in the ‘80s, it was still fun, still part-time, and still low-key. But as parents now, we are likely among the last generation to experience such a thing. Over the past several decades, kindergarten has become increasingly rigorous, increasingly pressure-filled, and increasingly long. In fact, the question now is not how demanding kindergarten should be, but how much should we expect of pre-kindergarteners.

According to a recent study published in the Journal of Applied Development Psychology, University of California at Berkeley researchers found that children in academically-oriented preschool programs performed better in kindergarten than children in less-rigorous pre-k programs. The researchers conclude that “for the average American child it’s encouraging to learn that academic-oriented preschool yields benefits that persist into the kindergarten year.” The benefits, however, were small and do not indicate what is sacrificed with a shift toward academic rigor in early childhood.

The timing of the study, summarized in a recent New York Times article, coincides with a push nationally for expanding universal, full-day, taxpayer-funded preschool programs. In New York City, for example, four-year-olds currently have access to full-day public preschool programs, and Mayor Bill de Blasio announced earlier this year that he plans to expand that program to the city’s three-year-olds.

Many researchers and parents, however, are not sold on this push toward pressure-cooker preschool and academically-focused kindergarten. They argue that tiny gains in academic performance don’t compensate for the loss in playtime and movement that children need for normal development. In a response to the UC-Berkeley study, Diane Levin, a professor of early childhood education at Wheelock College, asks: “How can one argue for giving up big chunks of playtime for academic teaching to make such minimal gains in academic performance—with little consideration of what other areas might have lost out because of the focus on academic skills.?”

Protecting preschoolers and kindergarteners from encroaching, play-deprived academics is the work of Defending the Early Years, a non-profit organization founded by Nancy Carlsson-Paige, an early childhood development researcher and author of Taking Back Childhood.

She states: “We have decades of research in child development and neuroscience that tell us that young children learn actively—they have to move, use their senses, get their hands on things, interact with other kids and teachers, create, invent. But in this twisted time, young children starting public pre-K at the age of 4 are expected to learn through ‘rigorous instruction.’ And never in my wildest dreams could I have imagined that we would have to defend children’s right to play.”

As formal schooling begins at ever-earlier ages and consumes increasingly more of a child’s day and year, preserving play and avoiding inappropriately rigorous early childhood education are becoming big challenges. Is pressure-cooker preschool the new normal, or is there still hope for a play-filled childhood?