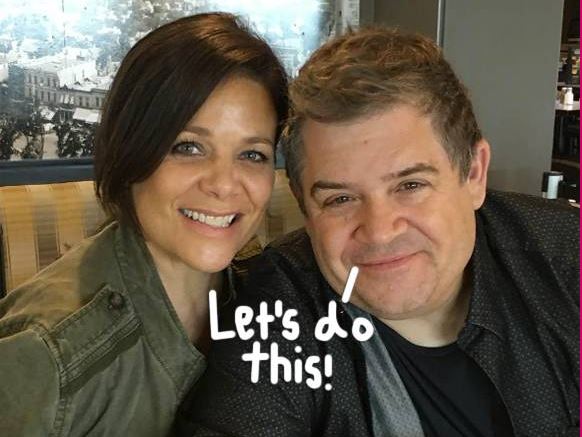 Erica Roman is a widow who blogs about the pain of losing someone. Her husband died unexpectedly of an undetected heart condition in 2016, and blogging helps her heal, she says.

In a blog post published over the weekend, she wrote that she was thrilled to learn that actor and comedian Patton Oswalt–who also lost a spouse in 2016–had announced his engagement to actress Meredith Salenger (who Disney fans will remember from The Journey of Natty Gann).

Roman’s excitement quickly turned to anger, however, when she began reading comments on the article.

“Comment after comment poured out judgment and disdain. It made me sick. I had to stop reading before I gave in to the temptation to rain fire in response to every comment.”

Roman had a better idea.

“Instead I decided to address them here all at once. So, my dear ignorant, judgmental, [*ssholes], this one is for you.

You aren’t entitled to an opinion. You don’t get to comment on the choices of a widower while you sit happily next to your own living spouse. You didn’t have to stand and watch your mundane morning turn into your absolute worst nightmare. You didn’t have to face the agony of despair and the only person who could possibly bring you comfort had been ripped from your life forever. You didn’t have to stand in the ashes of what was once your life, when the sun itself darkened and the very air you breathed felt toxic in your lungs. Go back to scrolling Facebook and keep your ignorance to yourself.

Who gave you the position to judge when it’s ‘too soon’ for a person who has suffered the worst to be able to find happiness and companionship again? Its been 15 months! How long should a widow sit in isolation before YOU are comfortable enough to release them from their solitary confinement? Because it’s really about you isn’t it?”

Roman’s article eventually drew the attention of Oswalt, who shared the article on his Facebook page. He had this message for Roman.

“This is so amazing. And SO well-written. I expected some bitter grub worms to weigh in (anonymously, always always always) with their much-needed opinions when I announced my engagement last week. And I decided to ignore them.

But yeah, I felt this rage. And Erica articulated it better than I could have ever hoped. So there you go.

Roman’s post was also picked up by Time magazine, where it was the most read item on the site on Tuesday.

Why did the article strike such a nerve? I suspect it has something to do with the fact that so many people offer snap judgments today, especially on social media. Most of us are generally aware that this is bad form, but oftentimes people simply can’t resist. In this case, people who know nothing of Oswalt or the grief he suffered felt free to judge him for marrying a woman he loves and moving on with his life.

There is something about the internet that seems to render us oblivious to the fact that the words we use online are real and can have consequences.

It’s no secret that internet seems to bring out the worst in many people. Behind a laptop or on a phone, people will say things they’d never dream of saying to someone’s face. Why?

One explanation can be found in a recent Stanford University study that explored why normally well-behaved people become nasty online. One theory says there is basically a cascading effect to all the vitriol online, creating what one researched call “a spiral of negativity.”

Whatever the answer, kudos to Roman for reminding us that we’d do well to cast the plank out of our own eye before reproaching our neighbor for the beam in his. Sadly, I fear it’s a lesson humans will never quite learn.