What Is the End Goal of Education? 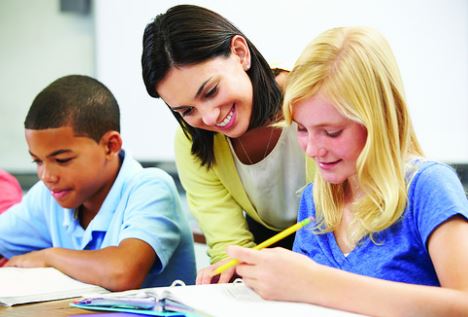 In the 1913 Elementary Course of Study, published by the State of Kentucky, the introduction to the second chapter states that “The highest function of the school is character building.” The chapter then goes on to detail how teachers should go about forming this character in their young elementary school students, as well as what exactly constitutes “character.”

This idea of character education was certainly not new in 1913. Looking back to America’s founding, Benjamin Franklin is quoted as saying that “…nothing is of more importance for the public weal, than to form and train up youth in wisdom and virtue.”

Below are words of advice and wisdom on this subject and its application to public education.

1. “Order is a habit and habits are formed by repetition. Train your students to walk quietly, to speak softly, to be gentle. In all the rooms, the same regulations as to seating, water, leaving and entering the room, recitations, etc., should prevail to the end that right habits be formed, and when formed, that they be not changed.”

2. “Good discipline is righteous self-regulation. Students should learn to govern themselves. From the first grade through the High School, the teachers should magnify the reign of self-control. Good citizenship is the end of school life.”

3. “That teacher fails grievously who does not help her pupils to see that hateful words, unkind acts, and untruthful statements injure, to an alarming extent, those who indulge in these vices.”

4. “It should be made clear to children that the most of their unhappiness will be caused by the unjustice and suffering they inflict upon others.”

5. “It is important that they learn, while young, that he who is generous in thought and deed and ready to add to the joys and prosperity of others, will receive greater blessings than he bestows.”

6. “She should aid them in reaching the decision that no one can afford to spend in unworthy rivalries the strength which ought to be given to winning honest success.”

7. “The children must have that moral quality which will warrant us in believing what they say, trusting them when alone and developing in them the feeling that they are less than honest if their tasks are done for them. There is great danger of permanently injuring children by being consciences for them.”

8. “When the lives of great men are used to interest the children in what has been done and to nurture them in worthy ideals, but little need be said about their having been president, or the battles they have fought, or the money they have accumulated or the public honors they have received. … She should, however, make impressive the struggles, the triumphs over obstacles, the honesty, gentleness, purity, manliness, generosity, dignity and largeness of soul of the men studied. … If the teacher can make real to him the patience and faith of Columbus, the serenity and fortitude of Washington and the honesty and simplicity of Lincoln she has accomplished a great work.”

9. “The cultivation of self control, concentration, endurance, application, appreciation, insight, receptiveness, responsiveness, should be recognized as being on a higher educational plane than a knowledge of insignificant towns, unimportant dates and meaningless definitions.”

Is character an important end of public school education? Is it as important today as it was 100 years ago?

If so, has the definition of character and the virtues society prized remained the same?