15 Facts about George W. Bush on His Birthday 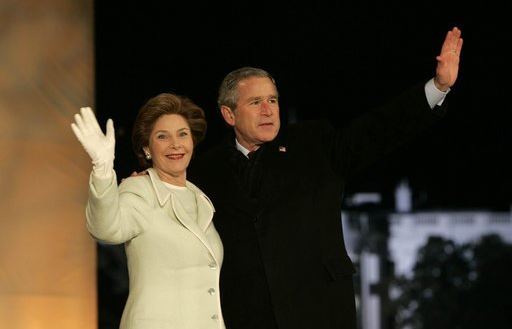 Today, July 6, is former President George W. Bush’s 71st birthday. Below are 15 fun facts you may not have known about his life and his presidency. Happy birthday, Mr. President!

2. Bush was the fourth of five presidents to lose the popular vote but win the White House. (The others are John Quincy Adams, Rutherford Hayes, Benjamin Harrison, and Donald Trump.)

3. Since retiring from the presidency, Bush has taken up painting – specifically oil painting. He published a book titled Portraits of Courage: A Commander in Chief’s Tribute to America’s Warriors in February of 2017.

4. George Bush and his wife Laura are the only First Family in American history to include twins. The couple has a set of fraternal twin girls – Jenna and Barbara.

5. As president, Bush had the highest approval rating out of all presidents since approval had been tracked. In October of 2001, the Roper Center found that he had an 86 percent approval rating, likely due to his handling of the terrorist attacks the previous month.

6. George Bush is the only U.S. president to hold an MBA. He earned his Master’s from Harvard in 1975.

7. Before becoming president, Bush was part owner of the Texas Rangers for five years. He bought his stake (2 percent) for $800,000 and sold it for roughly fourteen times that price – $14.9 million.

8. Most people think of the Bush family as native Texans. However, our 43rd president was actually born and raised on the East Coast, in Connecticut.

9. As a child, George was the oldest of six kids. Only five are alive today though, as his little sister Robin died when she was three.

10. As president, Bush was the first U.S. president to travel to Iraq. He took the trip to meet with U.S. military personnel who were stationed overseas.

11. During his undergrad at Yale University, Bush was a “frat bro” – Delta Kappa Epsilon—as well as member of the elite and secretive Skull and Bones Society.

12. The son of President George H. W. Bush, George W. Bush was the first child of a U.S.  president to be elected as a state governor.

13. He was also the first Texas governor to be elected to consecutive four-year terms.

14. After college, Bush signed up for the Texas Air National Guard. He was honorably discharged after six years of service.

15. President Bush married his wife Laura three months after meeting her, and as of this year, they have been married for 40 years.