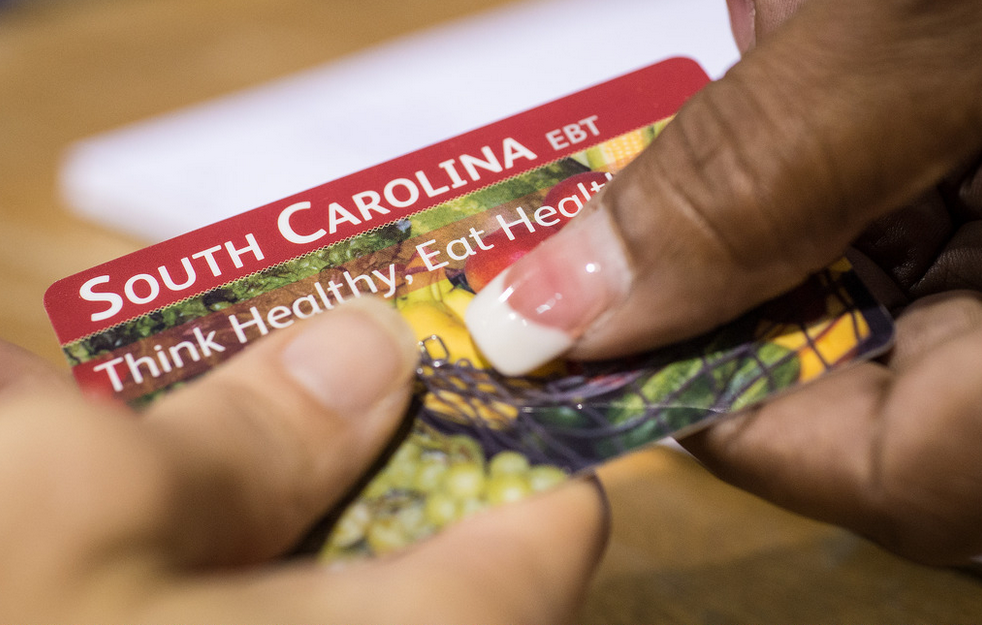 Participation in the food stamp program plunged by 85 percent in 13 counties in Alabama after officials required that recipients must work, look for work, or get approved job training, a state agency says.

In those 13 counties, enrollment in food stamps dropped over four months from 5,538 able-bodied adults without dependents to 831 such recipients.

Statewide, a total of 13,663 able-bodied adults without children or other dependents were enrolled in the food stamp program before the change implemented Jan. 1, according to the Alabama Department of Human Resources, the news site AL.com reported.

“Based on the trend, the number of [able-bodied adults without dependents] recipients … is expected to continue to decline statewide and in the formerly 13 exempted counties,” agency spokesman John Hardy told AL.com.

Thirteen of Alabama’s 67 counties—Greene, Hale, Perry, Dallas, Lowndes, Wilcox, Monroe, Conecuh, Clarke, Washington, Choctaw, Sumter, and Barbour—previously were exempt from enforcement of the federal work requirement for those participating in food stamps. That exemption ended as of Jan. 1 under the administration of Gov. Kay Ivey, a Republican.

Because of reforms to the welfare program in 1996, able-bodied adults ages 18 to 49 without dependents are limited to three months of food stamp benefits without working in a 36-month period, unless they find employment or are involved in a work program part time.

A state could waive the requirement in areas it can demonstrate have job shortages or higher unemployment rates than other areas.

However, in 2009, with passage by Congress of the American Recovery and Reinvestment Act, the Obama administration allowed all states to waive the work requirements for food stamp enrollment.

The huge decrease in food stamp participation in Alabama isn’t the first time that moving from welfare to workfare got big results.

Within three months, the number of those on food stamps who were able-bodied adults without dependents declined from 13,332 to 2,678, Maine officials said.

Caseworkers in Maine attribute that huge decrease in enrollment to many recipients’ choosing to go without benefits rather than perform a minimum of six hours per week of community service, or other aspects of the work requirements.

If the federal government establishes and enforces similar work requirements nationwide, total food stamp enrollment would plummet in a few years, possibly saving taxpayers $10 billion per year or as much as $100 billion over the next decade.

That is the conclusion of Robert Rector, a senior research fellow at The Heritage Foundation who specializes in poverty and welfare programs.

The federal government “should require constructive behavior” from able-bodied adults without dependents if they wish to get food stamps, Rector argues. That means requiring that they “take a job, prepare for work, perform community service, or at a minimum search for employment in exchange for aid and assistance at the taxpayers’ expense,” he and Heritage colleagues write.

Some argue that such a requirement should be left for the individual states to decide. However, over 90 percent of food stamp funding is from the federal government, Rector and his colleagues argue, and it has “the right and obligation to establish the moral principles on which the program operates.”

Mary C. Mayhew, commissioner of the Maine Department of Health and Human Services, has said government officials “cannot enable willful inactivity,” and calls it “imperative that these programs are designed to help people who are making a genuine attempt to transition from poverty to prosperity.”

“They cannot be a way of life,” she added.

Among them, work requirements ensure that welfare isn’t a one-way transaction; aid those who truly need help; decrease the number of people enrolled on food stamps; decrease the overall attractiveness of welfare; and save taxpayers money.

The research paper notes that a Rasmussen survey in July 2012 found bipartisan support for work requirements among Americans, with only 7 percent opposed and 10 percent undecided.

Ken McIntyre contributed to this report.