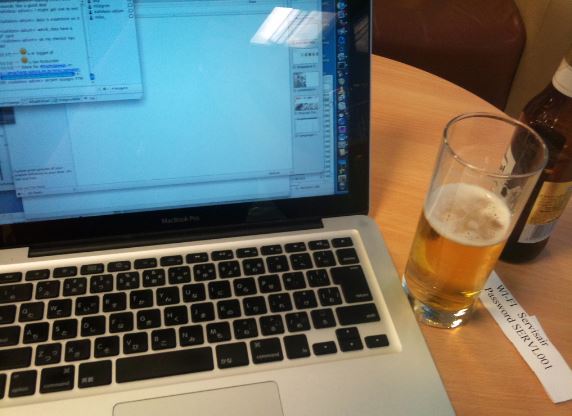 On May 30, the U.S. Transportation Security Administration (TSA) said it would not impose a ban on laptop computers in airline cabins on transatlantic flights. But that’s just for now. But on May 31, the Secretary of Homeland Security said the TSA “might” still impose a ban in the future.

A ban could be a very bad idea: “An airline-cabin laptop ban could kill people,” notes Joe Nocera at Bloomberg News. That’s because it would shift laptops from airline cabins to the cargo hold, which could “actually increase the odds of an airplane full of passengers exploding” by concentrating together the “the lithium-ion batteries that power modern computers.” Those batteries contain a flammable liquid that can ignite in the event of a short circuit. As Nocera observes, “there have been 160 ‘incidents’ involving lithium-ion batteries in cargo holds since 1991. In 2010 and again in 2011, cargo planes carrying pallets of the batteries caught fire and crashed.” And in January 2016, “the F.A.A. issued a warning about transporting batteries in the cargo hold, noting that ‘a lithium battery fire could lead to a catastrophic explosion.’”

A ban on laptops and large electronic devices had appeared imminent and “inevitable” to reporters in mid-May, when CEI submitted a petition for rulemaking under the Administrative Procedure Act, demanding that TSA provide notice and the opportunity to comment on any such ban.

Time magazine noted at the time that “The proposed ban would cause serious disruptions on one of the world’s most frequented air routes. About 65 million people fly every year between the U.S and Europe, many of them for business. The International Air Transport Association (IATA) warned that if implemented, the ban could cause as much as $1.1 billion in lost time.”

TSA had already banned laptops, tablets, and other large electronic devices on flights from ten airports in the Middle East and North Africa on March 21. On May 12, USA Today reported that “A U.S. ban on laptops and tablets in cabins of trans-Atlantic flights to the United States appeared all but inevitable Friday after Department of Homeland Security officials briefed European governments on a proposal that would affect millions of passengers.” As it noted, such a ban “would impact routes that carry as many as 65 million people a year on over 400 daily flights.”

On May 16, however, Competitive Enterprise Institute (CEI) filed a petition “to have TSA conduct notice-and-comment rulemaking on the ban to enable public input and a more informed decision-making process about whether the ban is truly needed and whether its benefits outweigh its costs.” As CEI noted, “Even if the ban is justifiable as applied to the ten specific airports, we question whether it is appropriate for all transatlantic flights or for those from most of Europe.”

As CEI observed, TSA must “conduct notice-and-comment rulemaking in order to issue this large-scale, indefinite ban on laptops or large electronic devices,” because “banning such devices has as large and burdensome an effect on travelers as other policies that the D.C. Circuit Court of Appeals has ruled must be accompanied by notice-and-comment rulemaking, such as the use of advanced imaging technology to screen airline passengers. See EPIC v. DHS, 653 F.3d 1 (D.C. Cir. 2011). Moreover, the ban is likely to apply to a vast number of travelers.”

results in financial losses, because it forces travelers to carry them in checked baggage, where these fragile electronic devices can be lost, stolen, or damaged due to baggage handling and other causes. Such damage to electronic devices in checked baggage is sufficiently common in air travel that one family canceled its flight through Morocco when the ten-airport ban went into effect, even though there was a cancellation fee of $200 per person, because the family viewed that as “cheaper than replacing broken/stolen laptops and cameras.”

In addition, we pointed out that

The questionable safety justification for the ban is illustrated by the fact that Canada, Australia, and several European Union member countries have opted not to implement a cabin electronics ban, despite having access to the same security intelligence, as the head of the International Air Transport Association has observed.

Moreover, the ban itself may increase safety risks. Authorities such as the Federal Aviation Administration and the National Transportation Safety Board have emphasized in recent years that lithium-ion batteries, when left unattended in an airplane’s cargo hold, could overheat and result in a rapidly spreading fire capable of overpowering fire-suppression systems. See, e.g., Nat’l Transp. Safety Bd., NTSB Issues Safety Recommendations About Lithium Batteries as Cargo on Aircraft, Feb. 19, 2016, available here (noting that “[l]ithium batteries carried as cargo can be … [a] fire and explosion ignition source[,] … [a] source of fuel to an existing fire[,] … [and] [s]ubjected to overheating that can create an explosive condition”).

As a news story in the UK Independent noted, “Most laptops, tablets and e-readers are powered by lithium batteries which, when faulty or short-circuited, can ignite.”

A pilot and former aviation official quoted in that article observed that there have been “numerous incidents of devices with lithium batteries suddenly bursting into flames. If that is in the aircraft cabin, it can be dealt with. If in the aircraft hold, the fire-suppression systems are unlikely to be able to contain it and there is a lot of material to exacerbate such fires including other baggage, the aircraft structure, fuel and systems in an area which is inaccessible in flight. The consequences could be catastrophic.”

As the Independent reported, the official’s “warning was echoed by the British Airline Pilots’ Association (BALPA), which believes the danger of a blaze spreading in the aircraft hold could be greater than the security risk posed by electronic devices in the cabin.”

The laptop ban is likely to harm the airlines, by reducing international travel. It will discourage European travelers from visiting the U.S., both because they will be unable to use their laptops and tablets while on the plane, and because they will face the risk of damage to laptops and other expensive electronic devices in roughly-handled checked baggage. This will have a significant economic impact, since “foreign tourism is a $250 billion-a-year business in the United States,” according to USA Today.