How Many Libertarians Are There? 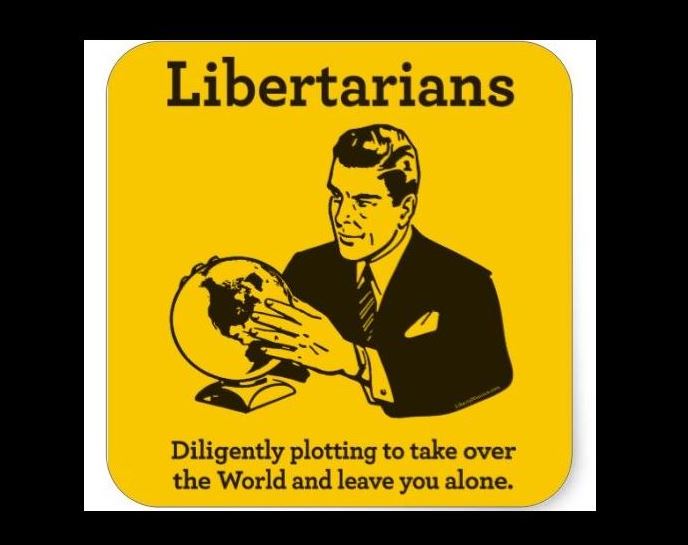 There has been debate this week about how many libertarians there are. The answer is: it depends on how you measure it and how you define libertarian. The overwhelming body of literature, however, using a variety of different methods and different definitions, suggests that libertarians comprise about 10-20% of the population, but may range from 7-22%.

Furthermore, if one imposes the same level of ideological consistency on liberals, conservatives, and communitarians/populists that many do on libertarians, these groups too comprise similar shares of the population.

In this post I provide a brief overview of different methods academics have used to identify libertarians and what they found. Most methods start from the premise that libertarians are economically conservative and socially liberal. Despite this, different studies find fairly different results. What accounts for the difference?

2) Second, they use different questions in their analysis to identify libertarians

Let’s start with a few questions: How do you define a libertarian? Is there one concrete libertarian position on every policy issue?

Further, why are libertarians expected to conform to an ideological litmus test but conservatives and liberals are not? For instance, what is the “conservative position” on Social Security? Is there one? When researchers use rigid ideological definitions of liberals and conservatives, they too make up similar shares of the population as libertarians. Thus, as political scientist Jason Weeden has noted, researchers have to make fairly arbitrary decisions about where the cut-off points should be for the “libertarian,” “liberal,” or “conservative” position. This pre-judgement strongly determines how many libertarians researchers will find.

While there is no perfect method, the fact that academics using a variety of different questions, definitions, and statistical techniques still find that the number is somewhere between 7-22% gives us some idea that the number of libertarians is considerably larger than 0.

Next, I give a brief overview of the scholarly research on the estimated share of libertarians, conservatives, liberals, and communitarians in the American electorate. I organize their findings by methods used starting with most empirically rigorous:

In theses studies, researchers ask survey respondents a variety of issue questions on economic and social/cultural issues. Then, they input people’s answers into a statistical clustering technique and allow an algorithm to find the number of libertarians. This is arguably the strongest method to identify libertarians.

While not as rigorous as asking people multiple questions, this is another quick way to observe the diversity of ideological opinion in surveys.

The Pew Research Center found that 11% of Americans agree that the word “libertarian describes me well” and know libertarians “emphasize individual freedom by limiting the role of government.”

Ask people if they identify as socially liberal and fiscally conservative, an oft-used definition of libertarianism

In sum, the overwhelming body of empirical evidence suggests that libertarians’ share of the electorate is likely somewhere between 10-20% and the conservative and liberal shares’ aren’t that much greater. Libertarians exist, quite a lot, but you have to know what you’re looking for.

This was originally published on Cato.org. Read the article here.