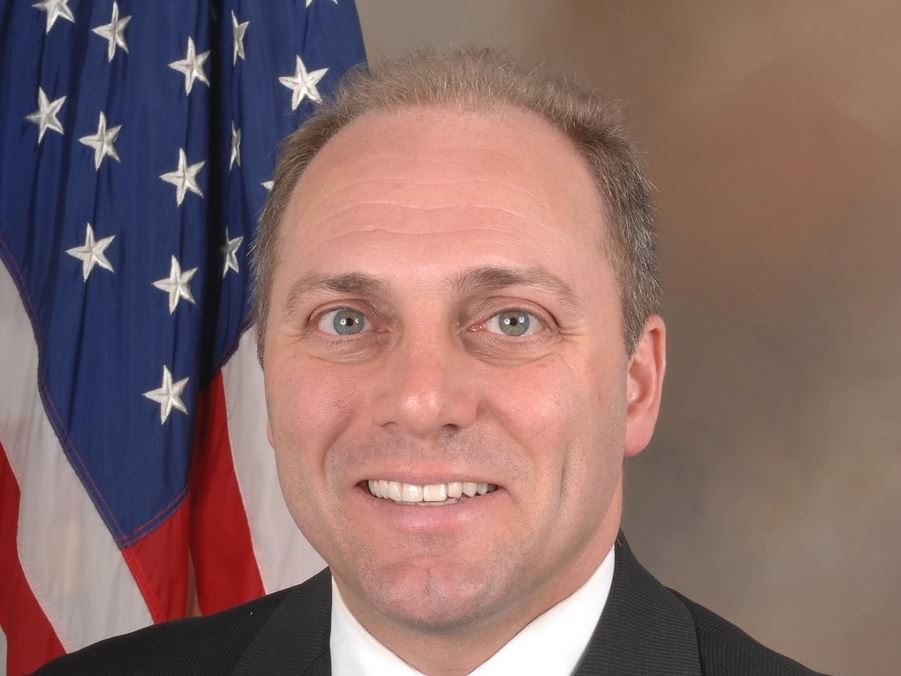 House Majority Whip Steve Scalise, R-La., was shot and wounded early Wednesday in Alexandria, Virginia, when a man opened fire at Republican lawmakers and staff during a practice for a congressional baseball game.

Scalise, shot in the left hip while at second base, was listed in stable condition at MedStar Washington Hospital Center, where he underwent surgery.

“Prior to entering surgery, the Whip was in good spirits and spoke to his wife by phone,” his office said in a prepared statement. “He is grateful for the brave actions of U.S. Capitol Police, first responders, and colleagues.”

Hodgkinson owns a home inspection business, although his license expired in November, according to state records, the newspaper reported. He was charged in April 2006 with battery and aiding damage to a motor vehicle, but those charges were dismissed, according to online records.

Scalise was among five transported for medical treatment after the shooting at a ball field in the residential area, Alexandria Police Chief Michael L. Brown said.

Brown would not confirm to reporters more than three hours later that the gunman, reported to be wounded by U.S. Capitol Police, was among those five.

Scalise, 51, holds the No. 3 position in the House’s Republican leadership.

Paul said Capitol Police saved the lives of other members of Congress. Without their presence as Scalise’s security detail, “it would have been a massacre,” Paul told CNN.

Two police officers and a congressional aide were among those wounded, Fox reported.

Colleagues said in television interviews that Scalise fell to the ground, then crawled several feet before laying still. Lawmakers were able to reach him only after the firing stopped, they said.

Several GOP members of Congress said they suspected the shooter was on a mission to kill Republicans.

“Gunman was there to kill as many Republicans as possible,” Rep. Mark Walker, R-N.C., said in a text to the Washington Examiner.

Rep. Ron DeSantis, R-Fla., told Fox News that as he left just before the shooting started, a man asked him whether Democrats or Republicans were practicing on the field.

“It’s too early to say whether they were targeted or not,” Tim Slater, FBI special agent in charge, told reporters around 10:35 a.m., referring to the Republican lawmakers.

Few details were available about the shooter immediately after the incident. Lawmakers interviewed on cable news said he used both a rifle and a handgun. He reportedly was being treated at a local hospital.

Matthew Verderosa, chief of the Capitol Police, offered no details about his involved officers, but said they didn’t suffer life-threatening wounds.

“Suffice it to say that officers acted, I believe, heroically today,” Verderosa told reporters at the same briefing.

The members of Congress were preparing for the annual congressional baseball game scheduled for Thursday at Nationals Park, when Republican and Democrat members of the House and Senate play against each other.

President Donald Trump issued a statement shortly after the shooting.

“The vice president and I are aware of the shooting incident in Virginia and are monitoring developments closely,” Trump said. “We are deeply saddened by this tragedy. Our thoughts and prayers are with the members of Congress, their staffs, Capitol Police, first responders, and all others affected.”

Rep. Steve Scalise of Louisiana, a true friend and patriot, was badly injured but will fully recover. Our thoughts and prayers are with him.

Numerous members of Congress offered prayers for Scalise and praise for Capitol Police on TwitterThe article was originally published on the Dailysignal.com. Read the original article.

Heartfelt prayers for @SteveScalise & others shot at the baseball practice today. Thank you to @CapitolPolice who shot gunman. Heartsick.

As we wait for facts to be learned-our prayers are with those injured. Louisiana especially lifts up in prayer @SteveScalise and his family.

Please pray with me for my friend @SteveScalise, USCP and all those there. https://t.co/ugvaL6n0kY

Praying for @SteveScalise and others injured…so thankful for Capitol Police officers who likely prevented more injuries this morning.

This article was originally published on the Dailysignal.com. Read the original article.