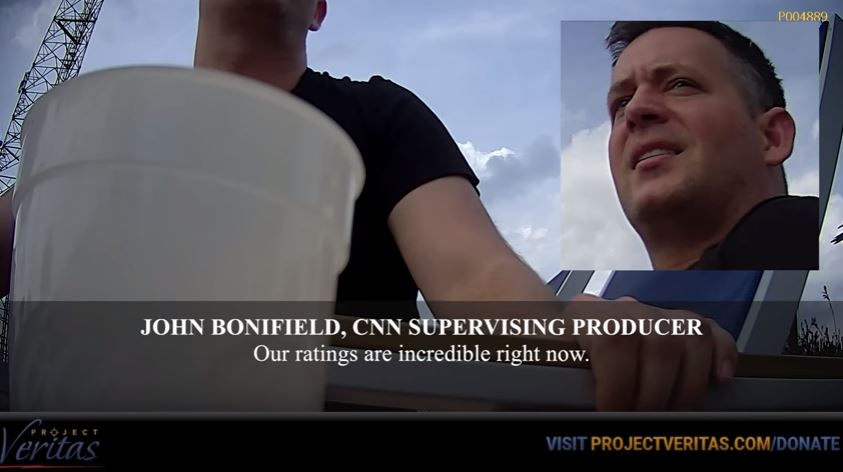 Hours after CNN announced it had accepted resignations from three journalists connected to a retracted story that tied an associate of President Donald Trump to a Russian investment firm, the network’s week got worse.

“Then why is CNN constantly like Russia this and Russia that?” an unidentified man asks Bonifield.

It gets worse for CNN. Bonifield claims in the video that CNN president Jeff Zucker has been pushing the network’s Russia coverage.

These are only Bonifield’s reflections on the matter, to be sure, but the comments are damning and play right into Donald Trump’s hand.

Lest one forgets, CNN and Trump have been attacking one another for more than a year now. Highlights of the feud include Trump calling CNN fake news and the network refusing to run Trump ads during his first 100 days because it objected to the content in the ads.

First, both Trump and his supporters are likely to view Bonifield’s comments as a vindication of what Trump has been saying for months now: CNN’s Trump coverage has been unfair and hostile, a strategy to pull more ratings. This will likely embolden Trump, who is sure to launch more broadsides at Zucker and co. at the first sign of negative coverage.

Second, I suspect the video will cost Bonifield his job. This would be a shame because Bonifield appears to be an honest if slightly jaded media professional who simply got caught on camera telling the truth. It will be interesting to see if we ever learn how the interviewer got Bonifield, who may not have realized he was being recorded, to open up like he did.