You Can’t Deny that Venezuela is a Socialist Calamity 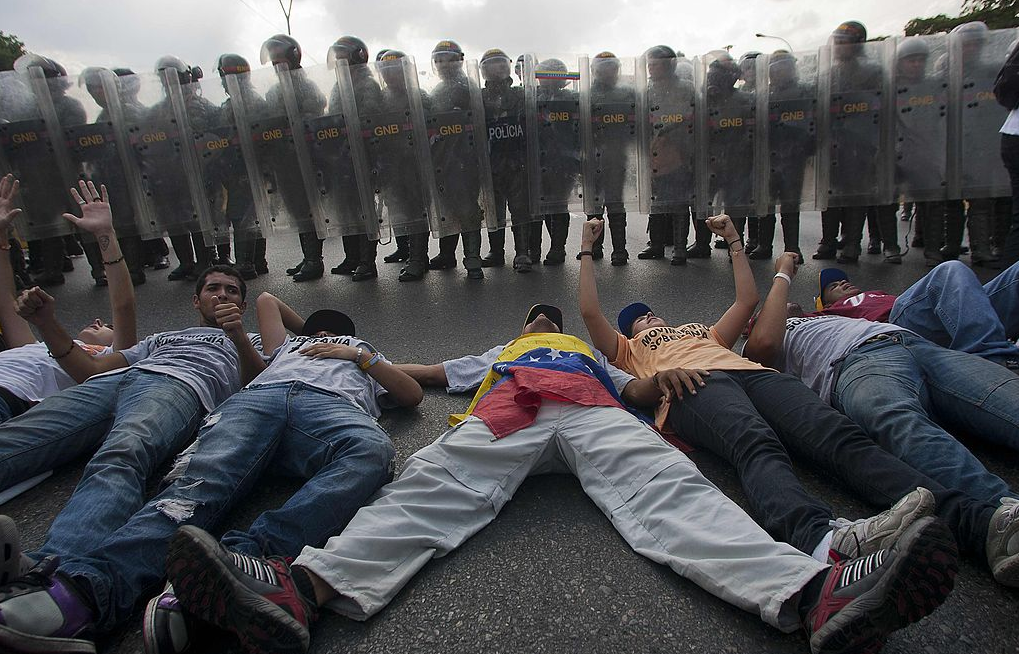 As Venezuela descends into a nightmare of starvation and violence, the long-standing debate over the feasibility of socialism takes on new relevance. Years of explicitly socialist policies from the Chavez and Maduro regimes have taken their toll, as nationalization and a variety of other attempts to abolish or subvert market processes have destroyed what was once one of South America’s richest countries.

Even with the wealth of their oil reserves, redistribution and price controls have brought production, and therefore consumption, to a halt. Once they exported grain to the rest of the world, now they can’t even feed their own people.

Who Is at Fault?

This humanitarian disaster has raised the question of who or what to blame. That question puts self-proclaimed socialists and their progressive sympathizers in a difficult spot. After all, one can easily find lots of examples (from Michael Moore to Bernie Sanders) of people on the left praising or endorsing Chavez’s economic policies. So what can people who took that position say in the face of this disaster? And what can the defenders of free enterprise say as well?

Many on the left will start by denying that socialism is at fault. Sometimes they’ll deny that the Chavez-Maduro policies were “real” socialism. In other cases, they’ll argue that while their intentions might have been good, corruption and poor implementation doomed good policies to failure.

Both of these arguments have real problems.

If those policies were not “real” socialism, then why did so many sympathetic to socialism express so much support for them and argue that they would be transformative in ways socialists value? Chavez himself made such claims.

Do all of them not understand what socialism is? The variety of attempts Chavez made to prevent markets and prices from working and to substitute some form of economic planning in the name of the people have been broadly consistent with socialism since Marx. If that’s not socialism, what exactly is meant by that word anymore?

For many on the left, the answer to the last question is “the Scandinavian countries.” The problem, however, is that the Scandinavian countries have, by some measures, freer markets than the US, which the left sees as the archetype of capitalism. At the very least, they are not significantly different from the US in their degree of economic freedom.

Historically, socialism has broadly been defined as the elimination of the private ownership of the means of production and the substitution of common or public ownership and economic planning for what Marx called the “anarchy of production” of the market.

Doing away with private ownership, exchange, prices, and profits would, in Marx’s view, end the alienation, exploitation, and crises that characterized capitalism. In addition, rationalizing production through planning, rather than leaving matters to the trial and error method of the market, would eliminate waste and bring on a burst of productivity that would enrich us all.

Abolishing markets does not describe the Scandinavian countries, though it does capture a lot of what was going on in Venezuela. Socialism, at least historically, did not simply mean “a large welfare state” as we see in Scandinavia. In fact, the only way countries can afford larger welfare states is to have economies productive enough to produce the wealth that can be taxed away to support such programs. This is why the Scandinavian countries deregulated (and lowered tax rates) so much in the last decade or two: only through freer markets could they afford their transfer programs.

If you love the Scandinavian model, you don’t love socialism. You love market capitalism, because that’s what makes that model possible. (Whether large welfare states are necessary or desirable is a matter for another column.)

What of the argument that well-intentioned policies were frustrated by corruption and poor implementation? The problem here is that this seems to happen every time socialism has been tried. The Bolsheviks began to implement Marxian socialism within a year of taking power and a decade later they had Stalinism. Cuba quickly turned to a dictatorship. China. North Korea. The list goes on. At what point are these not all coincidences?

Economists have long understood the dynamic at work here. Marx and other socialists thought that those in charge of the planning process, and for Marx that was the whole community, could rationally determine what to produce and how best to produce it in the absence of markets, exchange, and prices. Since Mises’s famous essay in 1920, however, we have known that doing so is not possible.

Genuine market prices are necessary for people be able to make determinations of value in anything larger than a household. Without prices, there is no way to know, not just what people value but (more importantly) how to make what they value using the least valuable resources possible.

In other words, rational production decisions are impossible without market prices, and market prices can’t exist without exchange and therefore there has to be private ownership, especially of the means of production.

But what happens when those given the power to make such decisions realize they cannot achieve their perhaps well-intentioned goals? The power does not go away. More often than not, the first reaction is precisely what we’ve seen in Venezuela: crack down harder on producers for not living up to impossible demands and ration goods to punish consumers for “hoarding.” And when that doesn’t work, go to more draconian authoritarianism, and do whatever it takes to hold on to power.

After a while, these exercises of brute power have consequences. They attract those with a comparative advantage in exercising such power (and perhaps those who have a high consumption value for doing so) into positions of power. Marxism is not Stalinism, but the inability of Marxian socialism to live up to its promises creates the conditions that make Stalinism possible and likely. In other words, Stalinism is an unintended consequence of Marxian socialism.

In addition, as state control becomes more clearly ineffective, people start to work around it by establishing distorted forms of market exchange. Bribery of politicians and bureaucrats, threats to producers, cronyism, and nepotism all become the ways of getting things done. Scarce resources have to be allocated somehow, and markets are like weeds in that they will grow in the cracks left by the failures of planning.

To the outside world, corruption and poor implementation caused socialism to fail. But that gets matters completely backward: corruption and ineffective political actors are not the cause of socialism’s failure, but a result of that failure. When you make real markets illegal and when your attempts at planning inevitably fail, what you get is the bribery and corruption of black markets. Once again, these are not what Marxism intends, but they are an inevitable unintended consequence.

So what does this say about those who supported the policies of Chavez and Maduro? It’s easy to say that they are evil for wishing starvation and destruction on the Venezuelan people, but I think that’s too easy. I do believe that many who supported those policies genuinely believed they would have good results. In that sense, they did not act immorally.

However, they are guilty of a severe intellectual error that has real moral consequences. Though they may not have intended the humanitarian disaster that we now see, they do bear responsibility for not being aware of the long-standing criticisms of socialism that have given us reasons to expect such a disaster.

Our friends on the left who supported Chavez’s policies are by and large not guilty of the intentional evil we broadly call “vice.” What they are guilty of is something more like intellectual “negligence.” They didn’t mean “that” in the case of Venezuela, but there’s no doubt that they should have known better.

Those of us who understand the power of markets to improve the lives of all of us won’t be very effective in persuading others of that truth if we write off those sympathetic to socialism as evil-doers. It’s better to engage them gently and intellectually, and offer them an alternative narrative, than to write them off as irredeemable.

Moral condemnation ends productive dialogue – offering an alternative narrative can start it. The human cost of socialism is too high to not engage those sympathetic to it in the most effective ways possible.

Steven Horwitz is the Schnatter Distinguished Professor of Free Enterprise in the Department of Economics at Ball State University, where he also is a Fellow at the John H. Schnatter Institute for Entrepreneurship and Free Enterprise. He is the author of Hayek’s Modern Family: Classical Liberalism and the Evolution of Social Institutions. and is a Distinguished Fellow at FEE and a member of the FEE Faculty Network.