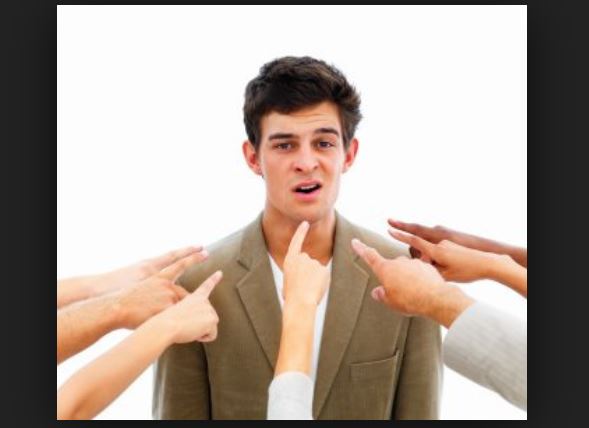 “A lot of people don’t do well simply because they major in minor things,” explains entrepreneur and author Jim Rohn.

Many of us major in the practice of blaming. We spend so much time on the “who’s to blame” question that we have little mental bandwidth left to be effective.

President Trump recently proclaimed his victimhood: “No politician in history, and I say this with great surety, has been treated worse or more unfairly.”

No matter what you think about his performance, has Trump become the blamer-in-chief? To be sure, given what was revealed in a recent book about the election, Shattered, Hillary Clinton would have been no slouch in the blamer-in-chief role.

Is Trump’s need to point the finger just another manifestation of our culture of victimhood? After all, most of us have ready answers for questions about who or what is responsible for our circumstances or feelings.

In his book Bonds That Make Us Free, philosopher C. Terry Warner points out that being troubled by feelings that others have treated us unfairly or disrespected us is a “universal affliction.” He writes this of our “affliction”:

“Everyone who has ever been stuck in such troubled thoughts and feelings know how they make a shambles of our inner lives. A ‘gas law’ of emotional disturbance operates here, which might be formulated as follows: ‘Any innerspace, no matter how large, will be filled by any agitation, no matter how small. ‘

Warner continues: “The feelings that we blame on others, and that seem to ruin everything, rudely refuse to be evicted once they take up residence.”

Given Warner’s analysis we can then ask these questions of ourselves: Is it better not to invite such feelings into our inner home? If we have opened the door for our rude inner guests, do we have to make them feel at home?

The Times of London reportedly once asked famous authors, “What’s wrong with the world today?” Writer and philosopher G.K. Chesterton responded simply, “Dear Sir, I am. Yours, G.K. Chesterton.”

As James Ferrell of the Arbinger Institute points out many of us have turned Chesterton’s famous quip on its head. Ferrell writes, “It is as if every response to the question today is a version of the following: To Whom It May Concern: They are. Sincerely yours, Everybody”.

The problem with blame, as Ferrell points out, is that responsibility vanishes from our consciousness:

“If everyone blames others for the problems we face, no one actually feels responsible for those problems. As a result, we are doomed to live with those problems forever. Unless, that is, we begin to change our mindsets and consider how we ourselves might be problems.”

On a personal level, is it easier to take responsibility or maintain the fantasy that others are responsible for our happiness or unhappiness? At work, do we see ourselves being dragged down by the incompetence of others? How likely are we to be happy or effective when we’re weighted down by blame?

During the past Super Bowl, the New England Patriots staged one of the greatest comebacks in sport history. They were down 21-3 at the half and fell further behind in the 3rd quarter; the game seemingly was out of reach.

What was there then? Were there motivational speeches? No, just half-time adjustments to the game plan made by Bill Belichick and the rest of the coaching staff.

Bennett continued, “Our slogan for our team was ‘Do your job,’ so it was the most focused I’ve ever been on just my task. There was plays where I had to do certain things, but I wouldn’t even know who caught the ball because I was so focused on getting my job done.”

Bennett is describing an open secret to an effective life: Take more responsibility by depersonalizing problems. He is describing living a process where precious mental bandwidth is not taken up with useless questions:  Why is this happening to me? Who is to blame?

The Patriots were losing, adjustments had to be made, and there was no time for blame.

If President Trump is going to succeed in office, he too might make an adjustment and give up blaming. We can all learn to stop majoring in minor things.