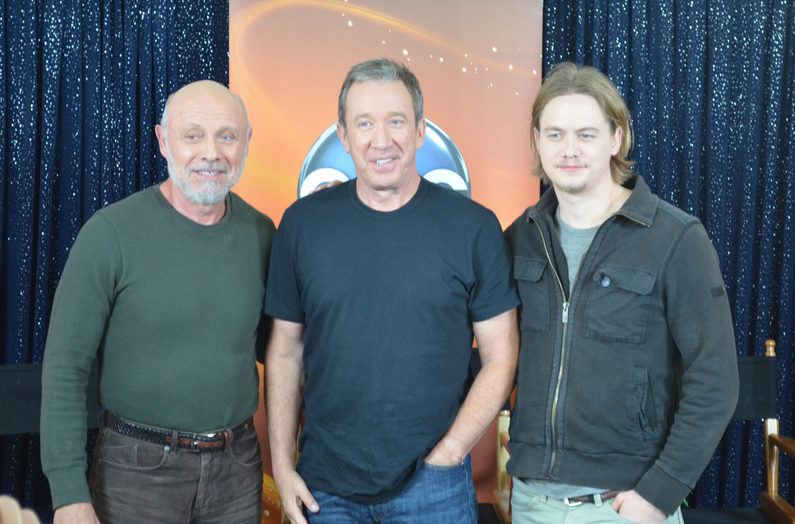 Turn on Saturday Night Live and you will find Melissa McCarthy dressed as White House Press Secretary Sean Spicer and making fun of the Trump Administration. Or odds are you will at least see some skit mocking right-of-center America. And that’s not unusual for TV today.

That’s why it is so refreshing for conservatives to be able to flip on Last Man Standing on ABC at 8pm on Friday nights and know that they are going to be able to laugh with the main characters instead of being laughed at by them.

But ABC has announced it is canceling Last Man Standing after six seasons. The show is ABC’s second most-watched comedy and third most-watched scripted series, with 8.1 million viewers. While ABC blames rising costs for the show’s demise, there is much speculation that the show is being cancelled for its (and Tim Allen’s) conservative politics.

ABC shouldn’t cancel Last Man Standing for its politics—that’s what makes it so successful.

Part of the reason many people enjoy the show is because it is a conservative-friendly comedy. In Last Man Standing, actor Tim Allen plays a conservative dad and grandpa, Mike Baxter, who intertwines talk of family, hunting, and conservative politics with humor. He’s got three daughters, one of whom is married to a liberal. Last Man Standing tells the jokes other shows won’t tell and it doesn’t paint conservatives as Neanderthals. Instead, it’s the liberal son-in-law who often comes off as the silly one.

In the show, Allen’s character points out the problems with Obamacare, mocks college students who are afraid of hearing certain words, and preaches the importance of financial responsibility, and does it all with humor.

Just as watching some liberal-leaning TV makes conservatives better understand how liberals view the world, liberals who watch more conservative-leaning TV might receive some much-needed exposure to the way regular conservative Americans think. It is good for people across the political spectrum to understand each other.

A Change.org petition calling on ABC to keep the show already has more than 93,000 supporters. It states in part:

Last Man Standing stands out in the sea of network television sitcoms.  It is a show that appeals to a broad swath of Americans who find very few shows that extol the virtues with which they can identify; namely conservative values.

Last Man Standing was not just selling conservative ideals though, as some of the characters in the show are clearly of the liberal persuasion, yet the characters on the show all manage to get along and take care of one another, despite their politically opposed views.  The show is about more than politics though, it is about family.  In fact, politics is only a secondary part of the show, but one in which many Americans can readily identify.

Last Man Standing is one of the only shows on broadcast television, and the only sitcom, that is not constantly shoving liberal ideals down the throats of the viewers.  And sadly, that is likely the real reason the show has been cancelled.

Even one politician, Wisconsin Governor Scott Walker, took to Twitter to address the issue:

.@ofcTimAllen Looks like @ABC is playing politics with your show despite decent ratings. Sad.https://t.co/FQo9H55QcR

ABC doesn’t demand that its actors and writers be non-partisan as a matter of course. After all, Shonda Rhimes, the mind behind ABC hit dramas, Grey’s Anatomy, Private Practice, and Scandal, backed Hillary Clinton in the presidential election and even went so far as to make a biographical film of Clinton for the Democratic National Convention.

Some liberals probably find Last Man Standing off-putting in the same way that some conservatives want to turn off the television whenever Alec Baldwin dons his Trump wig for SNL.

But both liberals and conservatives should be able to agree that more politically diverse comedies are a good thing for everyone. Tim Allen’s show was one of the last such conservative shows standing. The Left should leave it alone.