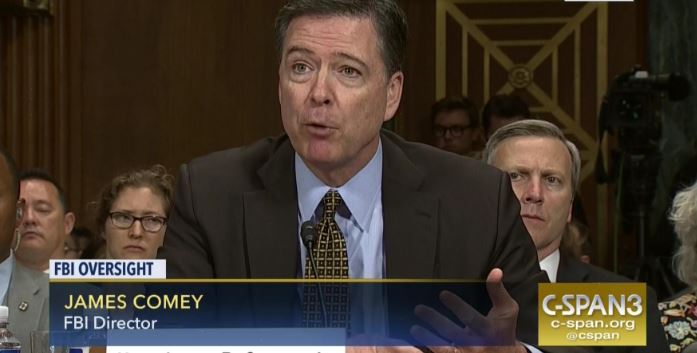 “President Donald Trump has fired FBI Director James Comey – a move that comes as the FBI is probing potential contacts between Trump’s campaign aides and Russian officials ahead of the election.

‘The president has accepted the recommendation of the Attorney General and the deputy Attorney General regarding the dismissal of the director of the Federal Bureau of Investigation,’ White House press secretary Sean Spicer told reporters.

It was not immediately clear exactly why Comey was ousted.”

Time reports that the announcement was issued after “Comey had misspoken during his testimony last week about Clinton aide Huma Abedin forwarding thousands of emails to her husband, former Congressman Anthony Weiner.”

All I can say is this: WOW.

Comey, who was appointed by President Obama in 2013, has had a tumultuous tenure as FBI director. But his term was scheduled to run for 10 years; this is a highly unusual move.

Any thoughts on where this leads?