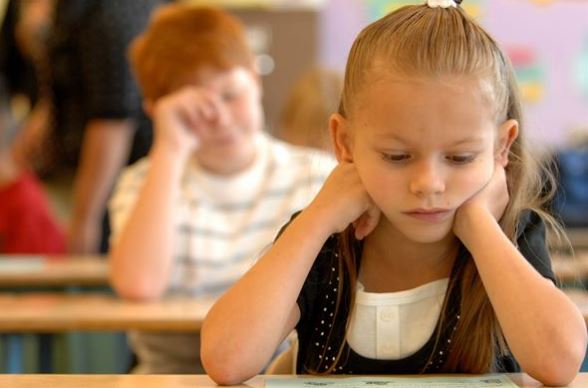 You’ve likely seen the headlines lately regarding the latest fad frenzy: fidget toys. These toys, most popularly fidget spinners and fidget cubes, are simple gadgets that have taken over schools and classrooms across the country, to the point that they are now being banned by many of them.

“Fidget spinners: the very phrase makes me cringe. Its claim to fame is that it allows one to channel their excess energy to help maintain focus. The only thing my students seem to focus on, however, is the spinner, itself, and not their work. It’s like a friggin’ siren song. The allure of someone else’s spinner spinning is too much to bear.”

The teacher goes on to ask:

“How is it that my 2-year-old is able to sit long enough to fill the pages of an entire coloring book, yet adolescent students cannot function without these helicopters of distraction whirling feverishly on their fingertips? Mind you, these are the same kids who can sit and text for hours, spend incalculable amounts of time on social media, and take enough selfies in one sitting to carpet The Cloisters.”

Perhaps the problem is not the fidget toys but the lack of autonomy, self-direction, and relevance characteristic of the mass schooling model that gives rise to the fidget toy craze. Boston College psychology professor and author of Free To Learn, Peter Gray, writes that all children love to learn and eagerly explore their world with enthusiasm and great dedication–until they go to school.

In his research on unschoolers and others who have rejected mass schooling for alternative forms of education, Dr. Gray discovered that human curiosity and commitment to learning endure beyond early childhood. He writes: “This amazing drive and capacity to learn does not turn itself off when children turn 5 or 6. We turn it off with our coercive system of schooling. The biggest, most enduring lesson of our system of schooling is that learning is work, to be avoided when possible.”

Dr. Gray’s observation is not new. Decades ago, the well-known educator and homeschooling advocate, John Holt, wrote in his best-selling book, How Children Learn: “We like to say that we send children to school to teach them to think. What we do, all too often, is to teach them to think badly, to give up a natural and powerful way of thinking in favor of a method that does not work for them and that we rarely use ourselves. Worse than that, we convince most of them that, at least in a school setting, or any situation where words or symbols or abstract thought are concerned, they can’t think at all.”

Through the process of mass schooling, childhood curiosity and exuberance for learning are steadily replaced by a system of social control that teaches children that their interests and observations don’t matter. Is it any wonder that within this educational framework young people would gravitate toward behaviors, like fidget spinning, that grant them some semblance of freedom and control in the classroom?

For adolescents, like those with whom the teacher quoted above interacts, fidget toys likely provide much-needed relief from the tedium and artificiality of mass schooling. Largely cut-off from the authentic adult world in which they are meant to come of age, adolescents immerse themselves in behaviors that grant them some degree of control and autonomy that are otherwise absent from their daily lives.

Playing video games in which they are in charge, participating in social media, and texting friends are all examples of adolescents seeking freedom, engagement, and usefulness within a culture that does not provide many authentic opportunities to do so.

In their book, Escaping the Endless Adolescence, psychologists Joseph and Claudia Allen conclude: “There’s been a gradual, insidious change occurring in the very nature of adolescence over the past several generations–a change that has been stripping this period of meaningful work and of exposure to adult challenges and rewards, and undermining our teens’ development in the process.”

Rather than complaining about this latest fad, and banning these fidget toys from schools across the country, we should look more closely at what the toys reveal: children and adolescents who are bored with and frustrated by the irrelevance of mass schooling and who crave education freedom and autonomy.

Education models, separate from mass schooling, already exist and are wildly successful at retaining childhood curiosity and promoting academic excellence. Perhaps these fidget toys can help turn our attention to those alternatives.