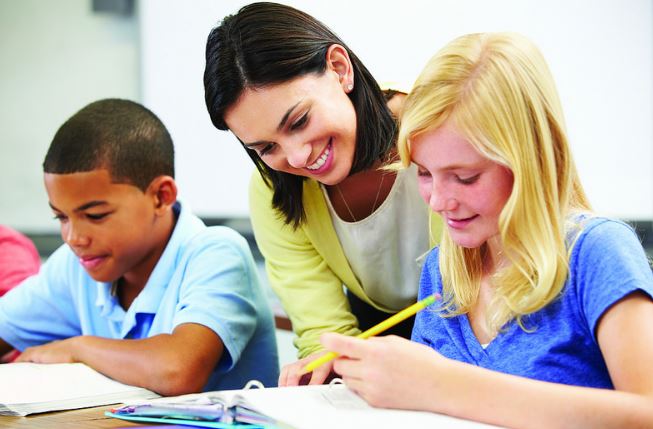 My homeschooled children take weekly math classes with a gifted teacher who has been teaching math to kids for more than 30 years from her cozy city home. After receiving undergraduate and graduate degrees in mathematics from the Massachusetts Institute of Technology (MIT), she decided that offering math tutoring and enrichment classes would enable her to pursue her passion for math, while giving her the freedom and flexibility to raise her three daughters.

Today, both her homeschool math classes and her after-school classes frequently have waiting lists, and she has been visited recently by the folks at Khan Academy and other innovative education platforms who are interested in her unique approach of teaching math to young children through games, play, and hands-on manipulatives.

This inspirational math teacher, with stellar academic credentials from one of the top universities in the world and decades of teaching experience, would not be eligible to teach children in most government schools. This should cause any parent, or taxpayer, to pause.

Lacking the proper teaching licensure, many knowledgeable and experienced individuals are prohibited from public school teaching. Some states offer alternative pathways to teaching licensure, fast-tracking the teaching licensing requirements of professionals in certain subject areas, such as math and science where there is often a shortage of skilled teachers. But for many highly-qualified individuals who are experts in their fields, teaching in government schools is not a possibility.

Some lawmakers find this reality to be problematic and are seeking to make changes. Arizona Governor, Doug Ducey, recently approved legislation that will allow individuals without a traditional school-teaching background to be hired by public schools as long as they have a minimum of five years of experience in their field.

Previously Arizona, like several other states, allowed non-certified teachers in math and science fields to by-pass traditional certification requirements; but this new law allows experienced individuals in all subject areas the opportunity to teach in public schools. In an article this week criticizing Arizona’s new law, Valerie Strauss of The Washington Post writes:

“The Arizona law is part of a disturbing trend nationwide to allow teachers without certification or even any teacher preparation to be hired and put immediately to work in the classroom in large part to help close persistent teacher shortages. It plays into a misconception that anyone can teach if they know a particular subject and that it is not really necessary to first learn about curriculum, classroom management and instruction.”

The idea that teachers must be trained to teach—rather than being subject-matter experts in their field eager to share their knowledge with others—dates back to the early days of American compulsory schooling.

In the mid-19th century, as compulsory schooling statutes mandating attendance under a legal threat of force spread across the nation, teacher training schools–then called “normal schools”–were implemented to supply teachers for the new common schools. Over the last century, normal schools have evolved into conventional teacher training colleges that certify individuals–who often have no real-life experience in their field–to teach in government schools.

“There isn’t a right way to become educated; there are as many ways as fingerprints. We don’t need state-certified teachers to make education happen–that probably guarantees it won’t…We don’t need a national curriculum or national testing either. Both initiatives arise from ignorance of how people learn or deliberate indifference to it.”

Perhaps the Arizona lawmakers are on to something: inject schooling with passionate individuals who are skilled in their respective fields and enthusiastic about teaching kids. Great teachers are everywhere among us.