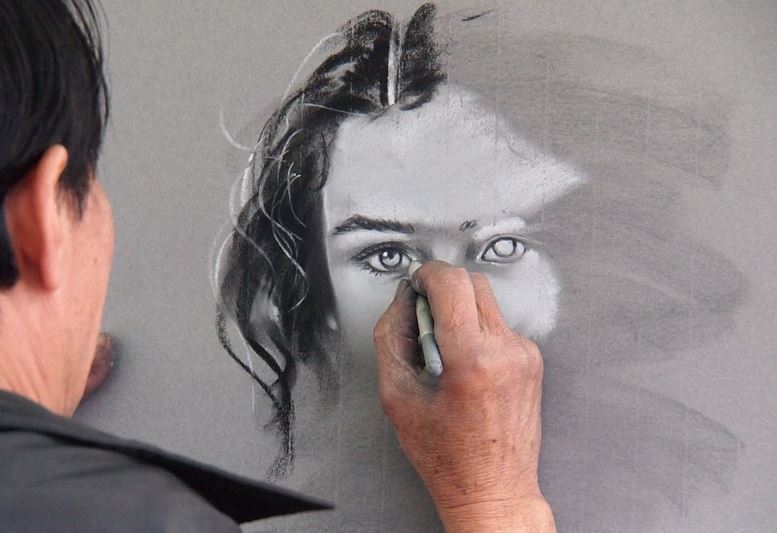 What is it about a creative work such as a painting or piece of music that elicits our awe and admiration? Is it the thrill of being shown something new, something different, something the artist saw that we did not?

As Pablo Picasso put it:

The idea that some people see more possibilities than others is central to the concept of creativity.

Psychologists often measure creativity using divergent thinking tasks. These require you to generate as many uses as possible for mundane objects, such as a brick. People who can see numerous and diverse uses for a brick (say, a coffin for a Barbie doll funeral diorama) are rated as more creative than people who can only think of a few common uses (say, for building a wall).

The aspect of our personality that appears to drive our creativity is called openness to experience, or openness. Among the five major personality traits, it is openness that best predicts performance on divergent thinking tasks. Openness also predicts real-world creative achievements, as well as engagement in everyday creative pursuits.

As Scott Barry Kaufman and Carolyn Gregoire explain in their book Wired to Create, the creativity of open people stems from a “drive for cognitive exploration of one’s inner and outer worlds”.

This curiosity to examine things from all angles may lead people high in openness to see more than the average person, or as another research team put it, to discover “complex possibilities laying dormant in so-called ‘familiar’ environments”.

In our research, published in the Journal of Research in Personality, we found that open people don’t just bring a different perspective to things, they genuinely see things differently to the average individual.

We wanted to test whether openness is linked to a phenomenon in visual perception called binocular rivalry. This occurs when two different images are presented to each eye simultaneously, such as a red patch to the right eye and a green patch to the left eye.

For the observer, the images seem to flip intermittently from one to the other. At one moment only the green patch is perceived, and at the next moment only the red patch – each stimulus appearing to rival the other (see illustration below).

Intriguingly, participants in binocular rivalry studies occasionally see a fused or scrambled combination of both images (see middle frame, above). These moments of “rivalry suppression”, when both images become consciously accessible at once, seem almost like a “creative” solution to the problem presented by the two incompatible stimuli.

Across three experiments, we found that open people saw the fused or scrambled images for longer periods than the average person. Furthermore, they reported seeing this for even longer when experiencing a positive mood state similar to those that are known to boost creativity.

Our findings suggest that the creative tendencies of open people extend all the way down to basic visual perception. Open people may have fundamentally different visual experiences to the average person.

Seeing things that others miss

Another well-known perceptual phenomenon is called inattentional blindness. People experience this when they are so focused on one thing that they completely fail to see something else right before their eyes.

In a famous illustration of this perceptual glitch, participants were asked to watch a short video of people tossing a basketball to one another, and to track the total number of passes between the players wearing white.

Try this out yourself, before reading further!

Count the basketball passes between players in white.

During the video, a person in a gorilla costume wanders into centre stage, indulges in a little chest-beating, and then schleps off again. Did you see it? If not, you are not alone. Roughly half of the 192 participants in the original study completely failed to see the costumed figure.

Once again, it seems that more visual information breaks through into conscious perception for people high in openness — they see the things that others screen out.

Opening our minds: is more better?

It might seem as if open people have been dealt a better hand than the rest of us. But can people with uncreative personalities broaden their limited vistas, and would this be a good thing?

There is mounting evidence that personality is malleable, and increases in openness have been observed in cognitive training interventions and studies of the effects of psilocybin (the psychedelic compound in magic mushrooms).

Openness also increases for students who choose to study overseas, confirming the idea that travel broadens the mind.

But there is also a dark side to the “permeability of consciousness” that characterises open people. Openness has been linked to aspects of mental illness, such as proneness to hallucination.

So despite its appeal, there may be a slippery slope between seeing more and seeing things that are not there.

So, from different personalities emerge different experiences, but we should always remember that one person’s view is not necessarily better than another’s.