19 Quotes from Historic Figures That Will Make You Uncomfortable 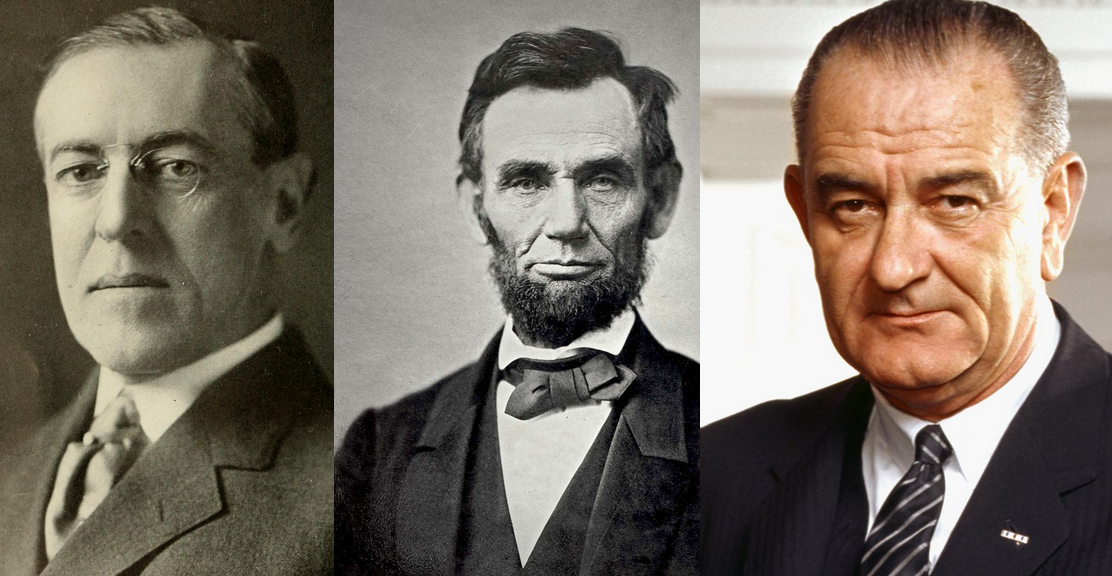 1. Woodrow Wilson on the rise of the KKK

“The white men were aroused by a mere instinct of self-preservation — until at last there sprung into existence a great Kuklux Klan, a veritable empire of the South, to protect the Southern country.”

“I will say then that I am not, nor ever have been in favor of bringing about in any way the social and political equality of the white and black races.” – Lincoln, during his fourth debate with Stephen Douglas

“When a woman has scholarly inclinations there is usually something wrong with her sexual organs.”

“I’ll have those niggers voting Democratic for 200 years.”

– Johnson, as quoted in the 1995 book Inside the White House

5. Margaret Sanger on eugenics and progress

“Some method must be devised to eliminate the degenerate and the defective; for these act constantly to impede progress and ever increasingly drag down the human race.”

– Sanger in the 1923 work A Better Race Through Birth Control

7. Ben Franklin on race and immigration

“… the Number of purely white People in the World is proportionably very small. All Africa is black or tawny. Asia chiefly tawny. America (exclusive of the new Comers) wholly so… why should we in the Sight of Superior Beings, darken its People? why increase the Sons of Africa, by Planting them in America, where we have so fair an Opportunity, by excluding all Blacks and Tawneys, of increasing the lovely White and Red?”

– Franklin in a short 1751 essay titled Observations Concerning the Increase of Mankind, Peopling of Countries, etc.

“I don’t go so far as to think that the only good Indians are dead Indians, but I believe nine out of ten are, and I shouldn’t like to inquire too closely into the case of the tenth.”

9. Gandhi on Indians procreating with ‘Kaffirs’

“Of course, under my suggestion, the Town Council must withdraw the Kaffirs from the Location. About this mixing of the Kaffirs with the Indians, I must confess I feel most strongly. I think it is very unfair to the Indian population and it is an undue tax on even the proverbial patience of my countrymen.” – Gandhi, 1904, using a derogatory term (kaffir) for South African blacks, a word considered the equivalent of the N word in the U.S.

“Direct thought is not an attribute of femininity. In this, woman is now centuries behind man.”

“I would suggest that you analyze the whole situation and see if there is anything within your personality that arouses this tyrannical response from your husband.” — King’s advice for a woman who sought help from an abusive husband

“The way of nature has always been to slay the hindmost, and there is still no other way, unless we can prevent those who would become the hindmost being born. It is in the sterilization of failures, and not in the selection of successes for breeding, that the possibility of an improvement of the human stock lies.”

“Hitler turned me on in the highest.”

“It is better for all the world, if instead of waiting to execute degenerate offspring for crime, or to let them starve for their imbecility, society can prevent those who are manifestly unfit from continuing their kind….Three generations of imbeciles are enough.”

“Educating a beautiful woman is like pouring honey into a fine Swiss watch: everything stops.”

“The time has already come when each country needs a considered national policy about what size of population, whether larger or smaller than at present or the same, is most expedient. And having settled this policy, we must take steps to carry it into operation.” – Keynes in The End of Laissez-Faire, 1926

“Individual Muslims may show splendid qualities, but the influence of the religion paralyses the social development of those who follow it. No stronger retrograde force exists in the world.”

“The female is a female by virtue of a certain lack of qualities; we should regard the female nature as afflicted with a natural defectiveness.”

A. You will make sure:

1. that my clothes and laundry are kept in good order;

2. that I will receive my three meals regularly in my room;

3. that my bedroom and study are kept neat, and especially that my desk is left for my use only.

B. You will renounce all personal relations with me insofar as they are not completely necessary for social reasons. Specifically, You will forego:

1. my sitting at home with you;

2. my going out or travelling with you.