United Had a Much Better Solution than Kicking Off a Passenger 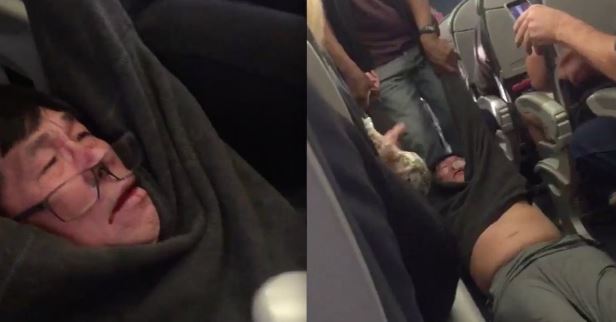 Everyone by now has likely seen the video depicting a man being dragged off a plane for refusing to give up his seat on a United flight.

It’s a shocking and horrifying clip—so of course it immediately went viral. The video has been viewed more than 100 million times in China alone, CNN reports.

The United episode was a disaster for everyone involved. The man who was dragged away and bloodied was robbed of his dignity. United saw its market cap plunge by more than $750 million, almost overnight. The passengers were delayed and had to witness a truly ugly and possibly traumatizing scene.

Everyone seems to have an opinion on the matter, and many of them seem, well, convoluted. United CEO Oscar Munoz released a tone-deaf statement supporting the actions of United workers; it barely acknowledged the passenger who was dragged away and bloodied even though he had purchased a ticket.

Julie Borowski, a libertarian writer whom I respect, called the passenger a brat.

“As far as I’m concerned, the only real winners in the United story are the three passengers who left the plane without incident. It was an overbooked flight. No one was stepping up to take the $800 travel voucher. The plane can’t leave so United had to pick four people to leave the plane. Don’t get me wrong. I wouldn’t be happy about being chosen either. I might say some choice words under my breath, but refusing to get up like a brat? We all got places to be, Mr. Important.”

I agree that the passenger’s actions were unusual, even unreasonable. Delta had overbooked the flight. Someone had to get off. He got picked.

But here’s an idea: Instead of kicking off a passenger who had purchased a ticket and might need to get home for important reasons, might United consider sweetening their offer?

This actually happened to my wife and me on our honeymoon. I don’t recall which airline we were flying (Delta?), but the airline had overbooked. They offered us a voucher if we’d take a bump and a connecting flight through Detroit. I initially balked, but the airline attendant quickly sweetened the offer. I looked at my wife, who gave me a look that said, Why not? We took the deal and landed in Boston ahead of schedule with a $500 voucher in our pocket.

My point is that reasonable people, given the opportunity, can usually come up with reasonable solutions to problems, solutions that avoid force and leave both parties satisfied.

If United had merely offered another $500 voucher the entire situation likely would have been avoided. A passenger would have decided $1300 was worth a short delay; the passenger who was dragged off the plane would have arrived as scheduled, and United would have avoided a PR disaster.

I suspect that United staff would have deferred to such a solution had company procedures allowed them to.

If this is the case, United—and other airlines—might consider tweaking their policies. An emergency fund to placate displaced passengers would likely leave everyone happier.