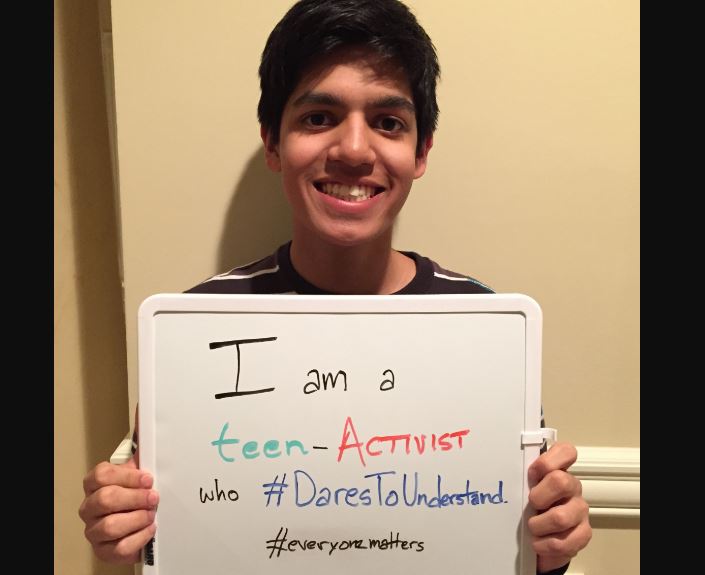 Many of you may have seen the story by now. Via NBC:

“After completing his Stanford application, high school senior Ziad Ahmed realized an important component was missing amid a flurry of standardized test scores and extracurricular activities: his voice and passion.

That’s when Ahmed took a gamble. In response to a question asking “What matters to you, and why?” the teen wrote “#BlackLivesMatter” exactly 100 times.

Last Friday, Ahmed received an acceptance letter from the California school and tweeted a photo that quickly went viral. The question was part of a larger application that delved into his leadership roles and included a number of prompts.”

One cannot help but wonder if Ahmed would have been admitted had he signaled an alternative political idea, say #bluelivesmatter. But that’s really beside the point.

Here is the point: Instead of writing an essay as instructed, Ahmed used a political gimmick. And it worked. (Kudos to Ahmed.)

Now, we don’t know if Ahmed was accepted because of his political statement or in spite of it. But one would presume Ahmed is a strong student. In addition to Stanford, he was accepted to Yale and Princeton, NBC notes. And according to his LinkedIn profile, Ahmed attended Princeton Day School, an elite private school in New Jersey that charges in excess of $33,000 a year in tuition.

But it’s impossible to know from the NBC article what Ahmed’s academic achievements actually are. Readers are told that Ahmed has “amassed an impressive resume.” Here are the details:

He got his start in activism as a high school freshman, when he launched an anti-discrimination organization called Redefy, a group composed of 250 students internationally that aimed to break stereotypes using the power of social media.

He also interned for 2016 presidential candidate Martin O’Malley, volunteered with the Hillary Clinton campaign and attended and was recognized by Barack Obama at a 2015 White House dinner.

While standardized test scores do speak to his hard work, Ahmed said his unconventional essay answer was an attempt to express his passion for spurring change.

“I wanted to demonstrate that the essence of what motivates me as a learner, a member of a faith community, and a global citizen is my passion to be a part of change-making,” he said.

From NBC’s article, Ahmed’s “impressive resume” consists of a litany of social justice and political activity. Not a single academic accomplishment is noted.

It seems the next generation is taking cues from our systems of learning and our cultural obsession with identity politics: Academic achievement is secondary to social justice. This seems backwards, no?

There is nothing wrong with students being engaged in activities outside scholastics. Such activities, including social activism, can enrich the academic experience. But shouldn’t these activities complement academic learning and not the other way around, which increasingly seems to be the case?

By inverting the equation, I fear we have a recipe that could have ill repercussions: a generation of passionate activists who are incapable of discourse, rational thought, or thinking for themselves.