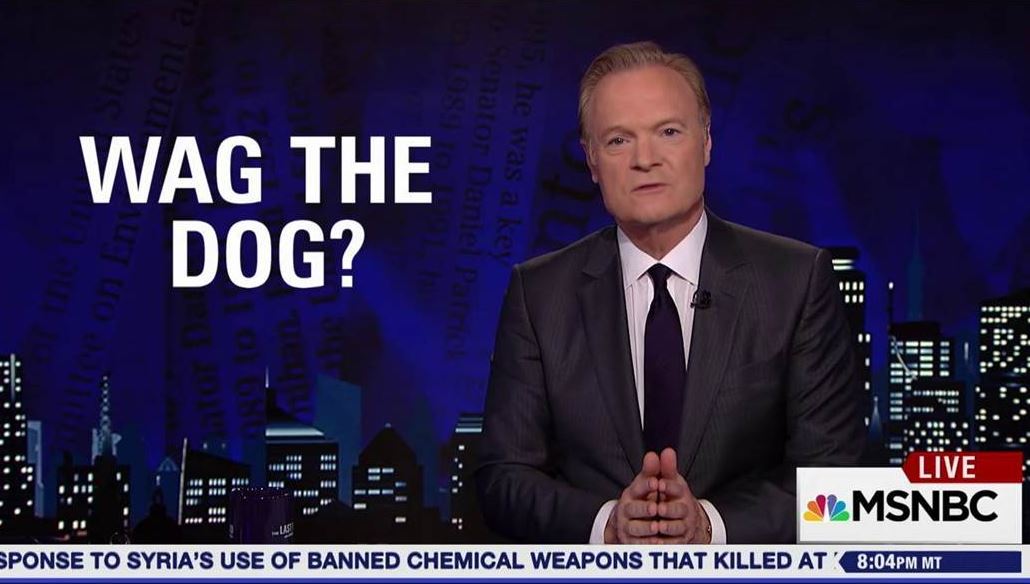 We were warned. What would happen? Who could we trust?

In the era of fake news, “alternative facts,” insult, and innuendo, when the time came…who was to be believed? In the fog of war–even of limited war and tactical skirmishes–the truth splinters into half-truths, conflicting conclusions, and incomplete accounts.

On Tuesday, April 11,2017, the Washington bureau of the Associated Press (AP) published a report, headlined “Official: Russia knew Syrian Chemical Attack Was Coming.” According to the AP’s source, a “senior US official,” the Russian government had advance warning that Syrian President Bashir Al-Assad would conduct a sarin attack against his own people. Subsequently, a Russian-made fighter jet “bombed the hospital in what American officials believe was an attempt to cover up the usage of chemical weapons.” Just before the second strike, a Russian surveillance drone buzzed over those rushing to the hospital to treat themselves and their loved ones. This, according to the US official, was the smoking gun because the Russian drone could only have reached the scene of the WMD crime with advance warning. Russian collusion in a chemical weapons attack, the senior US official alleged? Complicity? A game-changer?

One caveat the AP buried in the second of its three-claused opening sentence: the aforementioned senior US official “has no proof of Moscow’s involvement.”

Huh? What does that even mean? What then is this article reporting? Five paragraphs later, the AP wrote that “another U.S. official cautioned that no final American determination has been made that Russia knew ahead of time that chemical weapons would be used.” Furthermore, it wasn’t “clear who was flying the jet that bombed the hospital, because the Syrians also fly Russian-made aircraft.” Are we to trust the lone American, “senior” official, speaking anonymously to the Associated Press? Or his equally anonymous colleague? The AP has certainly built up journalistic capital to spare over the years. And yet the news giant sprinkled a seemingly straight-forward piece of breaking news with enough caveats and quote marks to wriggle out from any future twists and turns that might contradict its claims.

Who is to be believed?

Pulling from the fringes are conspiracy theories concocted by the Right and the Left. From the alt-right, it has come to be expected. They mastered the art of conspiracy-mongering throughout the 2016 presidential election–from Hillary Clinton’s health to Sandy Hook denial to the child molestation charges of #pizzagate. They helped crown a president who made his name off the baseless and the Birthering. And let’s not forget Swift Boats and Vince Foster. And now the alt-right has spun a moribund web of theories explaining the “#SyriaHoax,” Infowar’s abstraction centers on the inimical plotting of George Soros, the international aid organization, the White Helmets, and al-Qaeda. In a fit of creativity, one of the alt-right’s loudest voices, Mike Cernovich, tweeted: “Did [Sen. John] McCain give ‘moderate rebels’ (ISIS) in Syria poison gas and Hollywood style film equipment?”

Not to be outdone in the Age of Alternative Facts, the Left has jumped into the ring with their own greatest hits. On MSNBC, late-night host Lawrence O’Donnell proffered the most popular falsely flagged hypothetical. “It’s perfect,” O’Donnell preened, “it’s perfect.” What if it was not Assad but Putin who “masterminded the last week in Syria?” What if Putin recommended that Assad launch a “small” chemical weapons attack:

Thus, O’Donnell righteously mused, Putin may have “conspired to kill people as a way of helping the image of the president of the United States.” The MSNBC anchor concluded his stream of implication with the irrefutably vague grandiosity of a conspiratorial flourish: “you won’t hear…proof that what I’ve just outlined is impossible…because with Donald Trump, anything is possible.” The newsish segment cruised along with a luxurious buoyancy not weighed by evidence. AND don’t forget, one of the night’s pundit-guests added, now Steve Bannon can wage his “war against the brown people.”

Far from extolling the turn of events, projecting a mastery of the situation, crowing at their allegedly successful gambit—or adding clarity—the Russians, Iranians and Syrians have replied to the American accusations and airstrikes with their own iffy explanations and cover-ups. They claim that Al-qaeda and/or the anti-Assad rebels secretly stockpiled the nerve agents which were dispersed only after innocent Syrian airstrikes unknowingly targeted the rebel’s chemical-filled warehouse.

As the head spins with baseless accusation, as even the AP has joined into broad conclusions in shallow waters, as the President of the United States ties up countless political resources to prove or disprove his empty accusations against our previous president that he tweeted out as a lark, one solution becomes clear: we must wait.

With patience and with a wary vigilance we must methodically gather the snippets of evidence. We must fight the temptation of the hasty 24-hour news answer. We cannot just rest on an edition of the AP or The New York Times or The Washington Post. We must gather. For we are all journalists now.