Huffington Post Gets Duped By White Guy Posing as Feminist 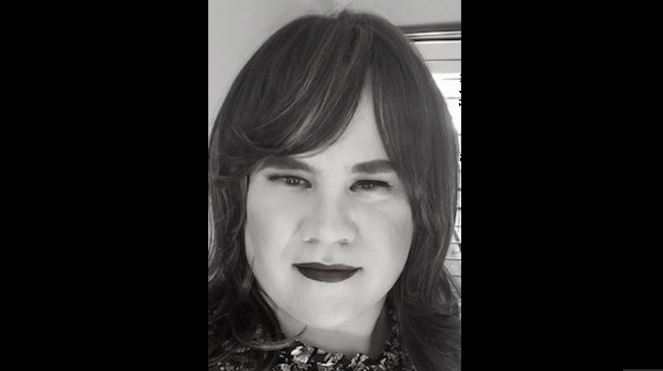 We warned you months ago: the news media needs to keep people angry. But a blog on the Huffington Post recently took “rage profiteering” to a new low.

On April 13, HuffPo SA (South Africa) published on its Voices section an article bearing this headline: “Could It Be Time To Deny White Men The Franchise?” The article, a racist polemic written by a philosophy student who called herself Shelley Garland, suggested it was time to consider stripping white men of voting rights.

The article caused a sensation on the right. It was shared by Milo Yiannopoulos, the Daily Caller, the Washington Free Beacon, Breitbart News, and Fox News.

Though the article violated its own editorial standards, HuffPo SA initially defended the piece, noting that “Garland’s underlying analysis about the uneven distribution of wealth and power in the world is pretty standard for feminist theory.” In her defense of the article, editor-in-chief Verashni Pillay shared some of the rude comments the article had elicited, a demonstration perhaps that the author’s thesis was correct.

But even as HuffPo staff laughed and bragged about all the traffic the article was generating, a few things began to happen.

A nosy writer (that’s a compliment) and editor in Cape Town, South Africa, named Laura Twiggs began asking Garland questions. Garland, whose Twitter account was brand new and had just five followers, offered responses that didn’t quite add up. Besides a Twitter profile, there was no evidence Shelley Garland existed.

Twiggs reached out to HuffPo SA. She was ignored. (Maybe they were too busy tweeting.) But as attention on the article mounted, so did pressure on Pillay to address the holes in Garland’s story and identity.

And then it happened. Via the Daily Maverick:

“Late on Saturday afternoon, after nearly three days of basking in the glory of clickbait page views, and more than a day after being made aware of the problem with the author’s identity, the offensive post was finally taken down. So was Friday’s full-throated defence. The original post and defence can now only be accessed via internet archive sites.

Pillay admitted that the blogger, Shelley Garland, “cannot be traced and appears not to exist”. She added an insipid affirmation of HuffPostSA’s commitment to the Constitution and Press Code, without admitting that the piece was in breach of either. She’d leave that determination up to the Press Ombudsman, Joe Thloloe, she wrote.”

The following day, HuffPo SA’s parent company announced it was launching an investigation into the matter, saying the company was outraged and calling the episode “a sad day for journalism.”

Tom Eaton of Thought Catalog, who offers a wonderful overview of the bizarre saga, explains the fallout:

“It’s tempting to roll one’s eyes and laugh, or to dismiss this because it was “just a blog”, but Pillay and her team have done enormous damage to causes I’m sure they care about deeply.

For starters, they have handed megatons of ammunition to misogynist trolls, who will now cry, ‘See?! They’re so desperate they’re resorting to making stuff up!’ Some of South Africa’s most prominent right-wing trolls are already making hay with this online.

Secondly, they have confirmed the current creeping paranoia that we cannot believe anything we read in the media. (emphasis mine)

At a time when trust in the media is historically low, this last point should be a cause of concern to everyone. We live in an age of deep skepticism, and episodes such as this fuel that skepticism and distrust in our institutions.

Consequences aside, perhaps the greatest irony of the entire story is that “Shelly Garland” appears to be a white man posing as a radical feminist.

So #ShelleyGarland is a white male with a warning to all journos who so eagerly publish that with which they agree https://t.co/JP8on2NPO6

For this and other reasons it would be easy to mock Pillay and HuffPo SA for their poor judgment—especially since they published this article a handful of months ago. But as someone who works for a digital media company, I understand the urge to cut corners and chase pageviews. Our culture increasingly attaches meaning to visibility, and I’d be lying if I said I never stared at Google Analytics with glee and awe as the metrics on an article soared.

That said, I believe Pillay will and should lose her job over the scandal. Publishing the article was a bad but perhaps forgivable move; Pillay’s weak and unprofessional defense of the article was not excusable, in my opinion.

Young writers and editors of the world, take note.