Education Used to Happen Outside of School 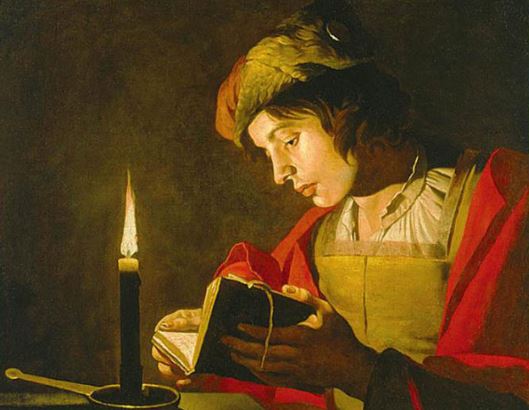 Prior to passage of America’s first compulsory schooling statute, in Massachusetts in 1852, it was generally accepted that education was a broad societal good and that there could be many ways to be educated: at home, through one’s church, with a tutor, in a class, on your own as an autodidact, as an apprentice in the community–and often all of the above.

Even that first compulsory schooling statute only mandated school attendance for 12 weeks of the year for 8-14 year olds–hardly the childhood behemoth it has become.

Acknowledging that schooling is only a singular model of education opens up enormous possibilities for learning. Looking to successful education models of the past and present, we can imagine what the varied and vibrant future of education could be.

In earlier generations, individuals and groups often created dynamic learning communities all on their own, without coercion. The esteemed thinker, Noam Chomsky, references the rich and varied ways in which people learned prior to the onslaught of mass schooling. He states:

“I grew up in the Depression. My family was a little, I’ll say employed working class, but a lot of them never went to school in the first grade, but [were familiar with] very high culture. The plays of Shakespeare in the park, the WPA performances, concerts, and it’s just part of life. The union had worker education programs and cultural programs. And high culture was just part of life. Actually, if you’re interested, there’s a detailed scholarly study of working class people in England in the 19th century and what they were reading, and it’s pretty fabulous. It turns out that they didn’t go to school, mostly. But they had quite a high level of culture. They were reading contemporary literature and classics. In fact, the author concludes finally that they were probably more educated than aristocrats.”

The scholarly study that Chomsky alludes to is Jonathan Rose’s book, The Intellectual Life of the British Working Class. In the preface, Rose writes that “the roots of that autodidact culture go back as far as the late middle ages. It surged again in the nineteenth century… Thereafter, the working-class movement for self-education swiftly declined, for a number of converging reasons.”

A main reason was the rise of compulsory schooling mandates in Europe and in the U.S., and the corresponding shift in education provided by individuals, families, and local community groups to the obligation of the state. Since then, schooling and education have become inextricably linked, with mixed results.

Like cars are to transportation, schooling is a ubiquitous and popular mode of education. But it is not the only one. There are many ways to learn, to be educated, particularly as technology and information become increasingly accessible.

The power of technology and the Internet to propel learning without schooling is documented in extensive research by Dr. Sugata Mitra and his colleagues. In one study of their “hole in the wall” experiments, Mitra presents compelling findings on how children from disadvantaged backgrounds in 17 urban slum and rural areas across India used publicly available computers to gain literacy and computing skills on their own, without any adult interference or instruction.

The children, ranging in age from six to 14 years, acquired these skills at rates comparable to children in control groups who were taught in formal, teacher-directed classroom settings. Mitra and his colleagues define this self-education as “minimally-invasive education,” or MIE.

In further studies, Mitra and his colleagues revealed that these same poor, formerly illiterate children also taught themselves English and learned to read simply by having access to computers and the Internet in safe, public spaces within their villages. Mitra’s powerful, award-winning 2013 Ted Talk about his “hole in the wall” experiments and findings is definitely worth a watch.

By disentangling schooling from education—to truly de-school our mindset about learning–we can create enormous potential for education innovation. Schooling is one mode of education; but there are so many others to explore and invent.