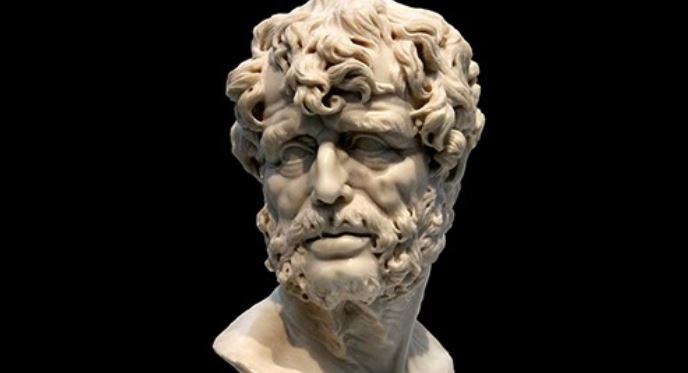 Seneca, the Roman philosopher, relates the story of the murder of Callisthenes by Alexander the Great, the “everlasting crime” of the Macedonian leader. Seneca wrote:

“For when someone says, ‘Alexander killed many thousands of Persians’ the countering reply to him will be: ‘And Callisthenes too’. Whenever it is said: ‘Alexander killed Darius, who had the greatest kingdom at that time’, the reply will be: ‘And he killed Callisthenes, too.’ Whenever it is said, ‘He conquered everything all the way to the ocean…and extended his empire from a corner of Thrace all the way to the farthest boundaries of the East” it will be said, ‘But he killed Callisthenes’. Although he went beyond the achievements in antiquity of generals and kings, of the things which he did, nothing will be as great as this crime.”

This anecdote dramatically sums up what was once considered the ideal creation of Western Civilization: the noble individual, celebrated from Roman philosophers to 18th century Englishmen like Gibbon to 19th century Americans like Emerson. From the heights of the Promethean view of man’s potential that made one Callisthenes of more importance than an entire army; to the degenerate view of the human as helplessly weak, whose self-interest is usually malevolent and whose dignity inevitably disgraced, there have been few Western ideas made more subject to unrelenting corrosion in modern times than the notion of “man”. In fact, it has been one of the more peculiar pairings of strange political bedfellows that many Catholics and almost all Communists have agreed upon: that of the Self as inherently sinful, whether against God or State; a repository of living shame, guilt, greed, and anti-social attitudes.

Today, it is this corrupted notion of “the Individual” that has fundamentally rendered the massive problems of the United States no longer merely political but philosophical. This, in turn, has been the result of two vastly different understandings of democracy of which the country has lost sight: aristocratic democracy, which is what the Founders had intended, and egalitarian democracy, which is what we’ve created, much to our peril.

For the Founding Fathers on this point, one is referred to Federalist 9, 10, 47, 49 and 57; to Jefferson’s self-admitted search for the “natural aristoi” he wanted to cultivate for public service and to his argument that education in a Republic must be “democratic and aristocratic”. One is also reminded of Madison’s and Hamilton’s almost obsessive fear of “mobocracy” and their revulsion towards the idea of direct democracy. (“When I mention the public, I mean the rational part of it; the ignorant and vulgar unfit to manage its reins”, wrote Madison).

To be clear: “Egalitarian” does not mean equality; it means the lowest common denominator having the highest possible cultural and political influence, whether elite or mass-driven. “Aristocratic” is used here not in the sense of baronies, barbicans, or bloodlines. The term is meant in its original, philosophical sense, best summarized by no less than Lord Tennyson himself, as “self-reverence, self-sufficiency and self-perpetuation“.

It is this last quality of the long-view—the concept of Time—inherent in the aristocratic outlook that is its most important aspect. It is what integrates the sustainability of the freedom of the individual in a democratic society with that which makes him able to sustain himself in the first place: his means of production, or capitalism. That is to say, a proper democracy in which the “self-reverence and self-perpetuation” required of the citizen is paramount will at the same time be a “properly” capitalistic society in which his long term “self-perpetuation” is made possible. The future of democracy is a contest between these short and long-term views and in coming decades this will determine whether the United States will manage to produce its way out of a state of decline, or not.

In a word, if modern Western capitalistic democracy is to survive, it must incorporate that which it has long regarded as its diametrical opposite—the aristocratic (the long-view). If this democracy is to perish, it will continue to promote that which has been falsely regarded as its best element—the egalitarian (the here and now, the mass appetite). If things stay as they currently are, democracy in general will increasingly take on characteristics of the totalitarian, or what Jefferson warned of as an “elective despotism”, in which in the will of a leader will become totally responsible for the helpless whole.

One remarkable intellectual-social trend that highlights all these factors at once—the corruption of the concept of the individual; the mass preference for the appetites and impulses of the present; modern societal contempt for the future and future planning—may be seen in the relatively recent intellectual trend to “turn” capitalism into something it is not and should not become. The subversion is taking place where subversions tend to at first: in language; subtly distinct changes of terminology that have been gaining currency since the onset of the economic crises and intensifying since then. One sees economic commentary calls for “communitarian capitalism”, “the social market”, “social entrepreneurship”, appeals for the end of something called “Gucci capitalism”, and so on. On the surface, all of this seems harmless, even positive. In fact, to many, including business leaders, these new categories represent an intelligently progressive step in the right direction, ostensibly respecting the productive ends of capitalism while mixing some social oversight into those ends. As a side benefit, say supporters, the word is purged of its recently tainted connotations.

But therein lies the danger. For, the philosophy at the root of such nuanced language is that the traditional center and spirit of capitalist enterprise, the individual—his individual gain, his search for profit, his self-interest, his personal distinction or even “glory”—represents something distasteful at best; inherently, irretrievably criminal and corrupt at worst. Meanwhile, according to such thinking, only the social-communal-group mindset is the legitimate economic goal and, by extension, the morally superior one. This trend uses guilt, the crimes of oligarchic financial-political gangsterism, and a sinking economy to undermine and overtake the concept of capitalism. The premise of capitalism is thus reversed, putting the group ends of distribution as the ethical objective above and beyond the protection of the fundamental means of production—the individual and his individual mind. The egalitarian becomes the goal, while the aristocratic—the main driver of  standards, long-term planning and generational perpetuation—becomes the object of resentment.

Eric Hoffer, in his slender classic, The True Believer, wrote: “The reason inferior elements of a nation can exert a marked influence on its course is that they are wholly without reverence towards the present or the future. They see their lives and the present spoiled beyond remedy and they are ready to waste and wreck both, hence their willingness to chaos and anarchy.”

This is the egalitarian on his path of destruction. He creates for the short-term, because the present is an ordeal to get through, the past is invariably a source of evil and the future is beyond his control or care. The short-term is the convenient, the instantaneous, the whetting of an appetite. Soon, the short-term becomes not only the economic, but the political, cultural and social mentality of choice. This becomes: the short-term in financial practices; the short term in political expediency, the short term in art—all recycled, disposable and forgotten—the short term in education standards, the short-term in durability of a product or a service; the short-term in human relationships, in concentration and commitments…all of it leading to the current crop of human capital we have today. Then, the vox populi and its elite-mass representatives bemoan the “Individual” as a rapacious, quick-scheming wretch.  Well, they should know. They created him.

Dramatic as it sounds, there is a direct end to all of this. If a democratic society does not demand far higher, individual character standards of itself it will become, eventually and by default, fascistic. That is, if more is not asked of the individual, then nothing at all will be asked of the mass—because nothing can be asked of a herd—and one person, one “Will”, will be invested with responsibility for the many, making of him the dictator he will inevitably have to become—Jefferson’s “elected despot”. At present in the West is a population of human capital that is not really fit for democracy as it must be maintained—certainly not economically. But “capitalism” is blamed for the decline and fall, while that that same capitalism is being taken hostage by politically correct terminology that it may still be coaxed into showing up and saving the day.

The aristocratic element of democracy is its long-term quality. It has reverence for the past and it plans for the future. This is the necessary instinct democracy needs anew and that capitalism—the practical support of that democracy—should be free of guilty-conscience modifiers or apologetic labels tacked onto it. Once upon a time in Europe this view meant great forestry or mining fortunes made with the goal of sustaining generations of family name; in the US it became the outlook of Madison, Adams and Jefferson, who refer time and again to the need of a “gallant citizenry” to uphold their vast and incredible experiment. Such is the outlook of the kind of individual whom no great force—emperor, soldier, government—can replace.