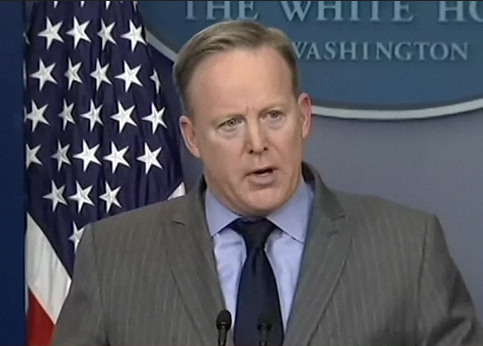 FBI Director James Comey and National Security Agency Director Michael S. Rogers have both testified before the House Permanent Select Committee on Intelligence that they do not have any information or evidence to support US President Donald Trump’s claims the Obama administration wiretapped Trump Tower during the election. The committee is investigating allegations of collusion between Trump associates and Russian operatives to influence the US election.

The wiretapping claim became part of the investigation after Trump tweeted on March 4 that Barack Obama had ordered his phones be tapped prior to the November 2016 election. Two of the three tweets specifically claim that Obama had Trump’s phones tapped and that the former president was a “bad (or sick) guy”.

Comey and James Clapper, the former director of national intelligence, categorically denied that Obama ordered any such thing. Comey went so far as to request a formal denial from the Justice Department that would counter Trump’s accusation.

US intelligence officials and some members of Congress criticised the tweets and demanded evidence to support the astonishing claim that Obama, in ordering Trump’s phones to be tapped, may have acted illegally. The calls for Trump to explain how he came by such information attest to how extraordinary his behaviour is in this case.

What are we to make of Trump’s tweets?

In the absence of any evidence to support the accusation, one is left to wonder where Trump came by such information. The logical assumption would usually be that a sitting president would only make such a claim if US intelligence agencies had briefed him. Broadcasting this on Twitter would still be extremely odd.

It seems likely, though, that this is not the case. Trump appears to have based his allegations primarily on an article he read on the right-wing website Breitbart.

If true, this would indicate a disturbing trend in which Trump sees or hears a claim made on cable TV or by Breitbart writers, and immediately launches a Twitterstorm without verifying the information, or thinking through the implications for policy and public diplomacy.

Trump’s use of Twitter has caused concern for his staff. Some former campaign staffers have even been offering advice to current occupants of the White House on strategies to keep the president from broadcasting his thoughts inappropriately.

The US president is one of the most powerful individuals in the world and, for this reason, what the person occupying that position says matters. The president’s words can influence public opinion, set the country’s legislative agenda, signal America’s intentions to foreign leaders and influence global financial markets.

When the president accuses his predecessor of engaging in criminal behaviour akin to the Nixon Watergate scandal, it will not be treated lightly. To do so would fundamentally undermine the integrity of, and respect for, the office.

Over the past few days, White House press secretary Sean Spicer and Trump adviser Kellyanne Conway have both attempted to downplay the seriousness of the accusations. They have claimed the president was referring more broadly to general surveillance of the Trump campaign.

The president used the word wiretaps in quotes to mean, broadly, surveillance and other activities.

Conway went even further, claiming that “there are many ways to surveil each other now, unfortunately”, including “microwaves that turn into cameras etc”.

As criticism has mounted and calls for evidence to support such a claim have intensified, Spicer cited a piece from Fox News that Obama had convinced GCHQ – British intelligence – to carry out the spying to avoid direct American involvement. In an unprecedented public response, GCHQ called the speculation “utterly ridiculous”.

Putting aside the absurdity of microwaves being remotely turned into cameras, Spicer and Conway are engaging in what has become a familiar pattern: Trump tweets something that causes a public backlash, and the White House then sends out various spokespeople to clarify and explain what the president really meant to say.

It has become standard to caution that Trump tweets shouldn’t be taken literally. This advice is not reasonable, though, particularly when those words accuse a former president of potentially criminal behaviour.

More than just Obama’s reputation and legacy is at stake here. Our ability to trust the White House and the president is necessary for the healthy functioning of America’s democracy, and essential in times of crisis.

This is all unfolding while North Korea engages in increasingly provocative behaviour, and Secretary of State Rex Tillerson appears to be bumbling his way through the crisis with little obvious guidance from the White House. The absence of any media travelling with Tillerson has added to unease over Trump’s North Korea policy.

The issue here is whether we will be able to trust what Trump says, particularly when it comes to classified intelligence.

Trump’s disregard for evidence or facts has prompted many to adopt the view that we now live in a post-truth world. The demand by some in Congress that, unless evidence is produced, Trump should publicly retract his accusation is a sign that facts do still matter. It also shows that the American political system, for all its flaws, still possesses mechanisms to hold the president to account.

The strength of America’s democracy relies on the checks and balances built into the separation of powers between the executive, legislative and judicial branches. Now more than ever, Congress needs to exercise its oversight role.

More is at stake than just Trump’s credibility. The world is watching to understand how the US president will behave when a serious crisis occurs, and whether or not evidence and facts will determine his response.