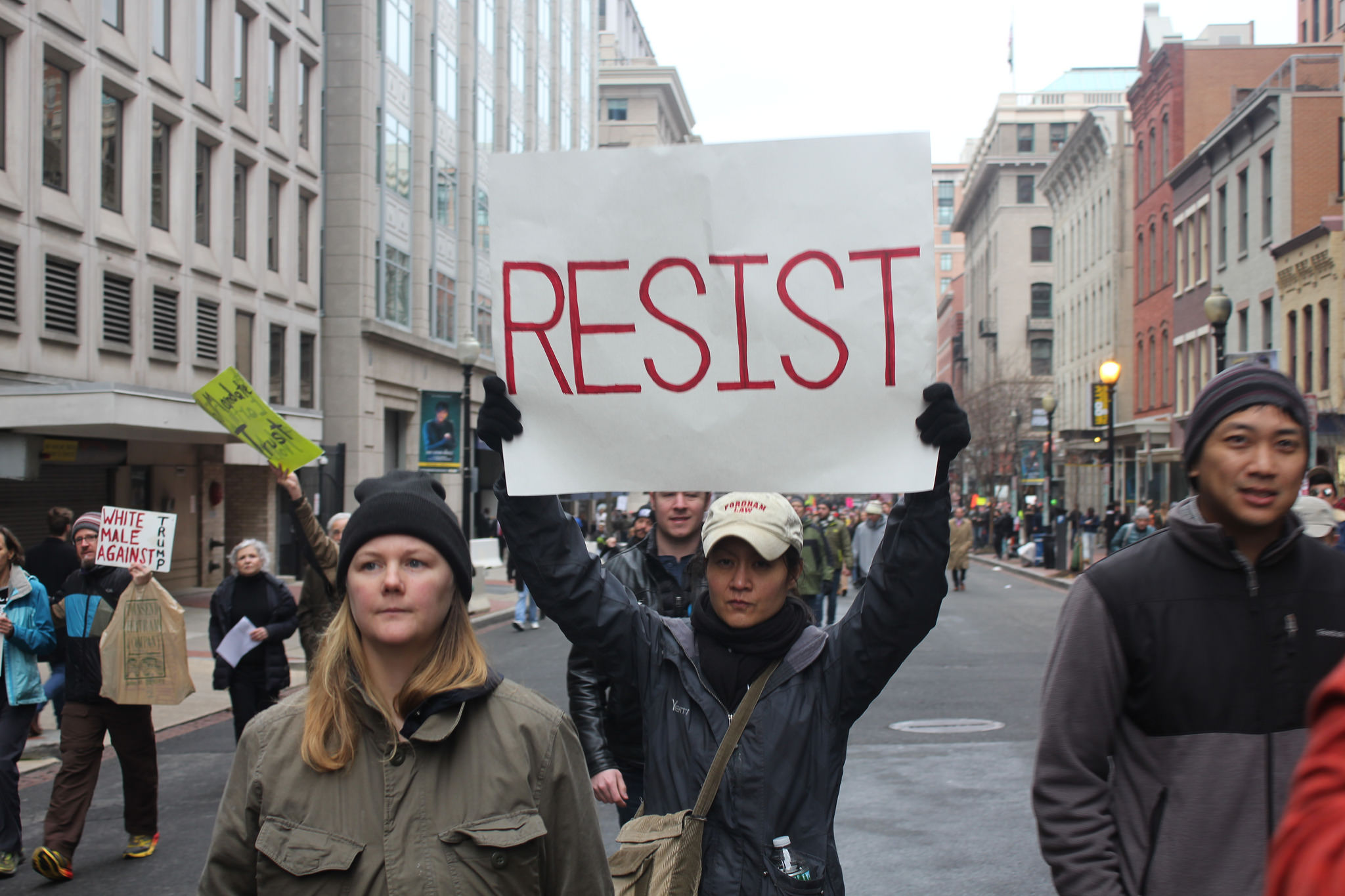 Over the course of approximately six hours, the Left in the United States made a spectacular, 180 degree turn on federalism and states’ rights without even recognizing it. Although this lack of self-awareness shouldn’t be particularly surprising coming from the modern Left, which seems to have missed the irony when it goes about shutting down debates on free speech.

I’m old enough to remember when the Tea Party was making hay about nullifying Obamacare and Rick Perry even floated the idea about Texas seceding from the union. Not surprisingly, the Left was rather opposed to such antiquated ideas.

Apparently, we were told, the Supremacy Clause of the Constitution stated not just that “This Constitution, and the Laws of the United States which shall be made in Pursuance thereof; and all Treaties made, or which shall be made, under the Authority of the United States, shall be the supreme Law of the Land,” but also “that this includes any law, no matter how blatantly unconstitutional passed by Congress or executive order issued by the president or signing statement or edict from an unconstitutional bureaucracy made of unelected administrators as long as it’s part of the federal government.”

Then all of a sudden, on November 8th, 2016, Donald Trump beat out all the predictions and won the presidency. Suddenly, states’ rights became rather appealing to the Left (and lost their allure to much of the Right).

The rallying cry for the Left so far has been “resistance” and that includes more than just protesting in the street. The Hill notes that “In blue states, agenda is clear: Resist Trump.” The New Republic ran an article titled “10 Ways to Take Trump on” and item number 3, written by California Lieutenant Governor Gavin Newsom is “Look to the Cities and States.” He notes,

“We’re not a monarchy. We’re a representative democracy, so we have agency, we have a voice. We have the ability not just to navel gaze, but to act, to be engaged — to resist. We’ve got to dust ourselves off and step up, and not just roll over and act as if we don’t have a very potent role to play in our democracy, particularly at the city level … if he does try to build a wall, there is legislation in California to challenge the administration, by requiring the construction of the wall to be put to a vote of the people of California.”

In other words, Newsom will recommend nullifying a federal order with a state referendum.

And the whole Calexit movement would quite obviously be much more similar to the secession of the southern Confederacy (hopefully without the war) than Britain leaving the EU. Yet liberals seem to be rather silent on this obvious point. If Calexit succeeded, it would also be the virtual end of the Democratic party in the United States, but that’s another matter.

Indeed, nullification in everything but name has been tried or successfully used on all sorts of issues such as gun laws and Real I.D laws and a host of issues most liberals generally support, such as marijuana legalization and sanctuary cities, which we shall return to shortly.

Indeed, in the mid-nineteenth century, many states, particularly Wisconsin, nullified the Fugitive Slave Act of 1850 and, as Tom Woods notes,

“New England states … appealed to nullification (or interposition) against President Jefferson’s embargo, against what they considered the unconstitutional calling up of the New England militia during the war of 1812, against the use of military conscription, and against a law providing for the enlistment of minors.”

American history is littered with examples of nullification. Obviously not all were for good causes, but many were. Fortunately, some liberals, such as Kirkpatrick Sale and Jeff Taylor recognized this prior to sometime in the late evening of November 8th, 2016.

If this point isn’t obvious enough, a thought experiment regarding the reason liberals generally dislike federalism, that I put forth in my review of Tom Woods’ book Nullification, should clear it up,

“Let’s say it was the federal government that had mandated segregation and not the states. Do you believe for one second that Martin Luther King Jr. would have opposed states nullifying that particular federal law? Martin Luther King Jr. was trying to crush segregation and I find it patently absurd that he would neglect a non-violent method of doing so if the situation had been as described.”

I think it’s safe to say that it was less the how (other than nonviolence) and more the what that civil rights activists cared about.

And the same goes for secession. Indeed the United States wouldn’t even be a country if it weren’t for secession! In addition, Eastern Europe would also still be a collection of Russian satellites and much of South America would still be part of Spain, etc. And now that the Left has finally embraced states’ rights, at least that puts them on the opposite side of that Adolf Hitler guy many liberals like to accuse others of literally being,

“National Socialism must claim the right to impose its principles on the whole German nation, without regard to what were hitherto the confines of federal states …”

And pretty much every other totalitarian dictator agreed with Hitler on that matter.

So federalism and localism are critical to a free society in general. But let’s return to the present and the whole matter of the so-called “sanctuary cities” that thumb their nose at federal immigration law. Indeed, even the conservative Helen Rittelmeyer observed that “In the absence of a federal solution, state and local governments have begun to take matters into their own hands. This may be a blessing, too.” The reason being that, “If cities wishing to drive illegal immigrants from their communities have the freedom to do so, then it follows that those cities wishing to draw illegal immigrants into theirs must have that freedom, too, within the bounds of the law.”

But one should look even further than Rittelmeyer’s “nullification for both sides” concept then just immigration. Perhaps neither liberals nor conservatives have gone far enough with their federalism.

Right now the United States is extremely divided and growing more so with every passing day. There are massive differences of opinions between north and south, the coasts and flyover country, urban, suburban and rural and regarding race, religion, and political beliefs.

Pew notes that “Democrats and Republicans [are] More Ideologically Divided than in the Past.” And it’s not just politically divided, Republicans and Democrats are becoming far more geographically divided as well. Over the past 40 years, Republicans and Democrats have moved to communities of more like-minded people. According to Bill Bishop in The Big Sort, “… [in] 1976 … Just over 26 percent of the nation’s voters lived in landslide counties [counties where one party won by 20 percentage points or more] … By 2000, the number had risen to 45.3 percent.”

And it’s only gotten worse since then.

The average New Yorker has much more in common with the average Londoner than the average person in Topeka, Kansas. Other than language, the same would probably go for Berlin, Madrid, or Paris as well. We may all be part of one political union, but it’s hard to make the case we’re all part of one country.

Perhaps it’s time we looked to localism instead of Washington. Perhaps it is time to ask whether 320 million people should be governed by one swamp on the East Coast.

April Fools Day is coming. Prank your friends opening a never ending fake update screen on their computer. Sit back and watch their reaction.

This Mises Institute article was republished with permission. The views do not necessarily reflect those of Intellectual Takeout.