How Did Celibacy Become Mandatory for Priests? 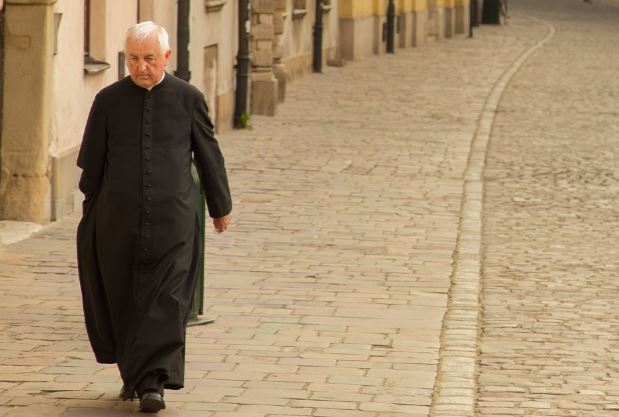 Although some headlines have suggested that the pope’s latest comments signal a new openness to priestly marriage, neither of these recent developments – the allegations of sex scandals nor the debate about the tradition of priestly celibacy – should be surprising.

Celibate Christians, both monks and clergy, have a long history with scandal. As a scholar of early Christianity, I think it’s important to highlight the fact that Catholic priestly celibacy has never been practiced uniformly and is, in fact, a late development in church practice.

One of the surprising and distinctive features of early Christianity is the praise of celibacy – the practice of abstaining from all sexual relations – as an exemplary way to demonstrate one’s faith.

Given Christianity’s origins within first-century Palestinian Judaism, it was hardly a given that the new religion would develop a high regard for celibacy. Judaism valued family life, and many ritual observances were centered on the family.

But the early Christian Gospels, which told the story of the life of Jesus in the early first century A.D., never mentioned a possible wife – a fact that has given rise to wild speculation in novels, films and recent sensational news stories. And Paul, a Jewish convert whose letters are the earliest books contained in the New Testament, implies that he himself was unmarried when he writes to the earliest Christian communities.

The stories of these founder figures, however, do not explain the course of Christian teaching about asceticism – a wide range of practices of self-discipline that include fasting, giving up personal possessions, solitude and eventually priestly celibacy.

The influence of Greco-Roman philosophy

From Greco-Roman philosophies, Christian writers adopted ideals of self-control (“enkrateia,” in Greek) and withdrawal (“anachoresis,” a term that came to be applied to Christian hermits). Discipline and self-control meant control over one’s emotions, thoughts and behaviors as well as, in some cases, careful attention to what one ate and drank, how attached one was to possessions and the control of one’s sexual desire.

Over the course of several centuries, Christian writers – church leaders in many cases – took the moral and scriptural ideals from Judaism and coupled them with Greco-Roman philosophical ideals of self-control to argue for the virtue of celibacy.

Christian views on suffering and persecution

Simultaneously, and also from a very early stage, Christians viewed themselves as a persecuted minority. This meant that one way Christians could prove their faith was by being resolute during these times of persecution.

This victimization could take the form of individuals being called before a judge and possibly executed, or it could be directed against communities as a whole through mocking and slander. In either case, from the beginning Christians developed a view of themselves as a suffering and persecuted minority.

This attitude naturally changed when the Roman Emperor Constantine converted to Christianity in the fourth century and issued an Edict of Toleration for all religions.

Christians now had to reevaluate their self-identity. And they appear to have increasingly channeled their views about suffering, asceticism and celibacy into the formation of monasteries and convents, where groups of men and women could live lives of celibacy, prayer and manual labor.

What do these developments have to do with priests, though?

Although Christian “clergy,” such as bishops and deacons, begin to appear around the year A.D. 100 in early Christian communities, priests emerge as Christian leaders only much later. Priests came to be the ordained clergy tasked with officiating rituals like the Eucharist or Lord’s Supper, also known as Communion.

And what about their celibacy? Even here, evidence is both unclear and late: there were reports that some bishops at the Council of Nicea, called by Emperor Constantine in A.D. 325 to address the problem of heresies, argued for a consistent practice of priestly celibacy. This, however, was voted down at the conclusion of the council. The debate resurfaced a couple of hundred years later, but still without uniform agreement.

Over time, priestly celibacy became a serious point of disagreement between the Eastern Orthodox and the Western Roman Catholic churches and contributed to the Great Schism between the two in A.D. 1054. Pope Gregory VII attempted to mandate priestly celibacy, but the practice was contested widely by Christians in the Orthodox Eastern Mediterranean world.

Five centuries later, the issue was once again at the forefront of debate when it became a significant factor in the Protestant split from Catholicism during the Reformation.

A diversity of beliefs, practices

So will the pope’s words about an open discussion bring about dramatic change? Probably not. And will the latest round of scandals be the last of these sorts of allegations? Perhaps not. In my opinion, it is unlikely that we will see a dramatic change to policy or practice.

But the latest developments do highlight once again an abiding feature of world religions: They are dynamic social and cultural institutions that manage to encompass both doctrinal teachings and a diversity of practices and beliefs.

Kim Haines-Eitzen, Professor of Early Christianity, Cornell University. This article was originally published on The Conversation. Read the original article.