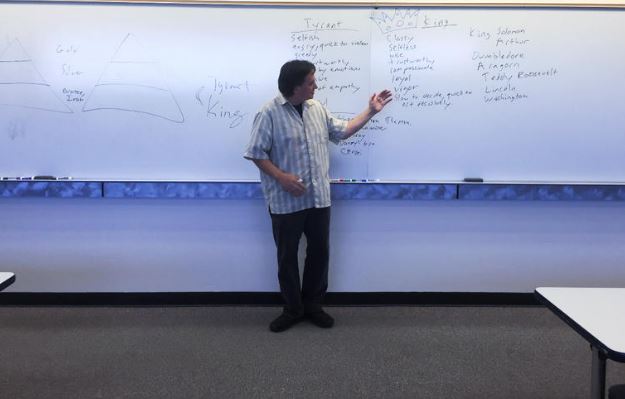 The American Association of University Professors (AAUP) recently released a report about a community college professor who was terminated for maintaining high academic standards for his students. The higher ed institution was the Community College of Aurora (CCA), Colorado, and the professor was Nathaniel Bork, a teacher of philosophy.

The college “did not afford Bork an opportunity to contest the dismissal,” the report said, “or provide an explanation for declining to do so.” But in a March 29 Inside Higher Ed article, Colleen Flaherty identified a recent student success initiative as the source of dispute:

“[I]n September, Bork received a call from his department chair and dean at Aurora, who told him that he was done teaching there — effective immediately. The college eventually blamed the decision on what it called Bork’s ‘lack of effectiveness in implementing the philosophy curriculum redesign.’ But he says he was fired for planning to blow the whistle on a dumbing down of introductory liberal arts ‘gatekeeper’ courses. The college was trying to boost passage rates to demonstrate progress in encouraging student success.

Just days before Bork was terminated, he says, he drafted an email to the state’s Higher Learning Commission, complaining about Aurora’s new Gateway to Success initiative. The goal of the program was to increase pass rates in these gatekeeper courses but, Bork said, in reality, he’d been asked to cut 20 percent of his introductory philosophy course content; require fewer writing assignments, with a new maximum of eight pages per semester; offer small-group activities every other class session; and make works by women and minority thinkers about 30 percent of the course.

Bork said he was told to keep teaching this way until 80 percent of all student demographic groups were passing the course, which in his view violated the spirit of Colorado law on guaranteed transfer courses to a four-year institution.”

Bork’s concern was that CCA’s student success initiative achieved short-term goals, such as increased pass rates and favorable graduation numbers, but only at the long-term cost of student learning. “Our student success rates will spike through the roof,” Bork speculated, “but we’ll be graduating people who think they’ve received a college education, but in reality have only done high school-level work.”

What Bork describes is strikingly similar to a phenomenon Allan Bloom observed and criticized almost thirty years ago in The Closing of the American Mind. The book was appropriately subtitled ‘How Higher Education Has Failed Democracy and Impoverished the Souls of Today’s Students.’

Instead of lamenting the ‘dumbing down’ of the university curriculum, though, Bloom complained that university education was losing its soul.  He saw, for instance, too many specialist or technical topics being taught in philosophy courses, to the neglect of great moral and political questions. The outcome was the closing of American students’ minds to their won essential humanity.

Bloom’s recommendation was for Humanities professors to return to teaching the Great Books of Western civilization. If you look at Bork’s syllabus, that’s exactly what he challenged his students to do, until he was told by CCA’s administration to lower standards, assign easier readings, require fewer essays and pass 80 percent of his students, regardless of whether the quality of their work merited it.

Like Bloom before him, Bork saw a distressing trend toward the closing of his students’ minds to the great works and challenges of philosophy.

How do we reverse this trend toward lowering academic standards in today’s colleges? Is higher education following the corporate and business model too closely, requiring minimum levels of productivity (graduation and retention rates) no matter how much student learning suffers? Or should we throw off the mindset that everyone ought to pursue a college education and explore less academically-demanding alternatives, such as trade and vocational schooling?