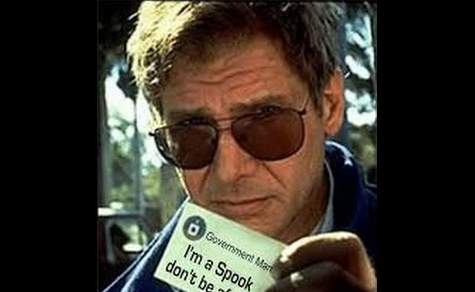 CIA analysts have been reading Michel Foucault, Jacques Lacan, Roland Barthes and Jean-Paul Sartre for years. The reasons might astound you.  In a recent article in the Los Angeles Review of Books, Gabriel Rockhill, a Philosophy professor at Villanova University, explains why the U.S. Central Intelligence Agency (CIA) has a longstanding interest in post-World War II French philosophy.

In the post-war years, after France’s liberation from German occupation, the French government and people were heavily influenced by French philosophers. Existentialism and existentialist philosophers were in vogue within French society. Government policy even reflected their ideas. Some of these intellectuals, such as Jean-Paul Sartre, ?were staunch Marxists and favored strong ties between France and the Soviet Union. Others, like Albert Camus, were turning against the pro-Soviet hardliners. Infighting among the leftist intellectuals ensued.

The CIA cheered this new development, since dissension among the leftist intellectual ranks meant gaining a strategic advantage in the Cold War. They hoped that these leading thinkers and cultural producers would disseminate ideas more congenial to strong U.S.-French relations. At the very least, their infighting would alienate French voters, leading to the rejection of socialism and Communism and the embrace of capitalism and American-style democracy.

Similar to today’s social media influencers, French philosophers in post-WWII France were pivotal influencers in social, political and cultural life.  So the CIA wanted to exploit the rise of a dissident anti-Soviet, anti-Marxist faction. In a 1985 CIA report, declassified in 2011, the analysts praise the rise of the New Left intellectuals in France as a bulwark against Soviet Communism:

“Although American policies are never immune to criticism in France, it is clearly the Soviet Union which is now on the defensive with New left intellectuals—and is likely to remain there at least in the medium term. [ … ] Led by a group of young renegades from Communist ranks who billed themselves as New Philosophers, many New Left intellectuals have rejected Marxism and developed a deep-rooted antipathy toward the Soviet Union. [ … ] This New Left activism is likely to increase bickering between the two leftist parties and within the Socialist Party, and it will likely increase voter defection from both Socialist and Communist camps.”

In 1950, the CIA established the headquarters for the Congress for Cultural Freedom (CCF) in Paris and employed an army of operatives to recruit anti-Marxist intellectuals. The CCF’s propaganda tentacles reached out to 35 different countries, publishing magazines and journals, sponsoring conferences and awards as well as spawning other CIA-front organizations. As former spy Thomas Braden recounts, the CIA had its hands in everything and it was perfectly acceptable: “Are CIA efforts to collect intelligence anywhere it can ‘disgraceful’? Surely it is not ‘disgraceful’ to ask somebody whether he learned anything while he was abroad that might help his country.”

According to Rockhill, the CIA was able to nudge French intellectuals right-ward on the ideological spectrum. They went from making radical critiques of U.S. foreign policy to engaging in apolitical inquiries about logic and language. By shifting these philosophers’ focus from the practical to the esoteric, the CIA made their voices less relevant, thereby marginalizing their influence on Cold War politics:

“According to the spy agency itself [the CIA], post-Marxist French theory directly contributed to the CIA’s cultural program of coaxing the left toward the right, while discrediting anti-imperialism and anti-capitalism, thereby creating an intellectual environment in which their imperial projects could be pursued unhindered by serious critical scrutiny from the intelligentsia.”

While I’m glad that U.S. government employees are reading French philosophy, the implications are worrisome for freedom of thought and intellectual exchange. We might applaud the CIA for neutralizing the threat of a strong French-Soviet alliance and even for introducing post-WWII French philosophers to conservative thought. But to what extent should we tolerate foreign interference in our own intellectual life?

Is it acceptable when a foreign power’s spy agency propagandizes leading thinkers and philosophers, attempting to co-opt, discredit or neutralize their efforts to influence public opinion and government policy? Would you stop reading Intellectual Takeout if you thought it was a front for a foreign intelligence service’s latest PSYOP program?