‘This is What Police States Do’ 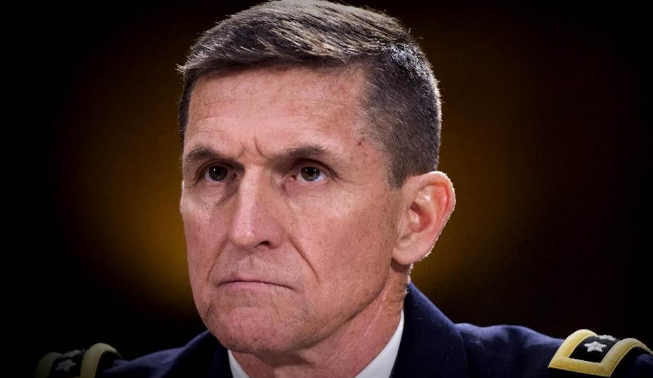 “This is what police states do.”

Lake, a former senior security writer for the Daily Beast, was writing on what he called “the political assassination” of Michael Flynn, the man who now has the distinction of being the shortest-tenured national security adviser in U.S. history.

In case you’ve been on another planet the last few days, Flynn, confirmed last month by the Senate, resigned (transcript here) Monday after admitting he “inadvertently briefed the Vice President Elect and others with incomplete information regarding my phone calls with the Russian Ambassador.”

The official story seems to be that Flynn, in a private conversation with Russian Ambassador Sergey Kislyak following his nomination, had intimated that the Trump administration would seek to ease sanctions on Russia—a detail he failed to share with Vice President Mike Pence.

There is reason to doubt the claim that this is what got Flynn sacked. Lake is probably correct when he asserts, “A better explanation here is that Flynn was just thrown under the bus,” noting that the Trump administration had been aware of Flynn’s “incomplete” briefing since January.

But Flynn’s conversations with Russian ambassadors are not the most troubling part of the saga. As Damon Linker argues at The Week, there is something inherently dangerous in government spies weaponizing spin for political purposes:

I have no interest in defending Flynn….[F]or all I know, Flynn did exactly what the anonymous intelligence community leakers allege — promised the Russian ambassador during the transition that the incoming Trump administration would back off on sanctions proposed by the outgoing Obama administration.

But no matter what Flynn did, it is simply not the role of the deep state to target a man working in one of the political branches of the government by dishing to reporters about information it has gathered clandestinely. It is the role of elected members of Congress to conduct public investigations of alleged wrongdoing by public officials.

Like Linker, I can’t say I’m sad to see Flynn gone. I felt he was the worst Cabinet choice Trump made.

Flynn strikes me as a rigid martinet, and not just because he looks like one. And there are other concerns: He embellished his military accomplishments; he took speaking fees from Moscow’s propaganda network; his rhetoric on Islam is, in my opinion, unnecessarily extreme; his son was fired from Trump’s transition team after getting caught spreading nonsense on Twitter.

One need not mourn over Flynn, however, to recognize this is not how healthy democracies work. Lake is right: peddling secrets is what police states do.

People today cheering Flynn’s ouster should bear this in mind: If Trump is the strong man his critics claim him to be, government spooks might be giving him all the ammunition he needs to clean house at America’s top spy agencies.

The real story here is why are there so many illegal leaks coming out of Washington? Will these leaks be happening as I deal on N.Korea etc?

Even they would admit that a president and his aides have a right to private correspondence.