Mark Cuban Predicts the No. 1 Job Skill in 10 Years 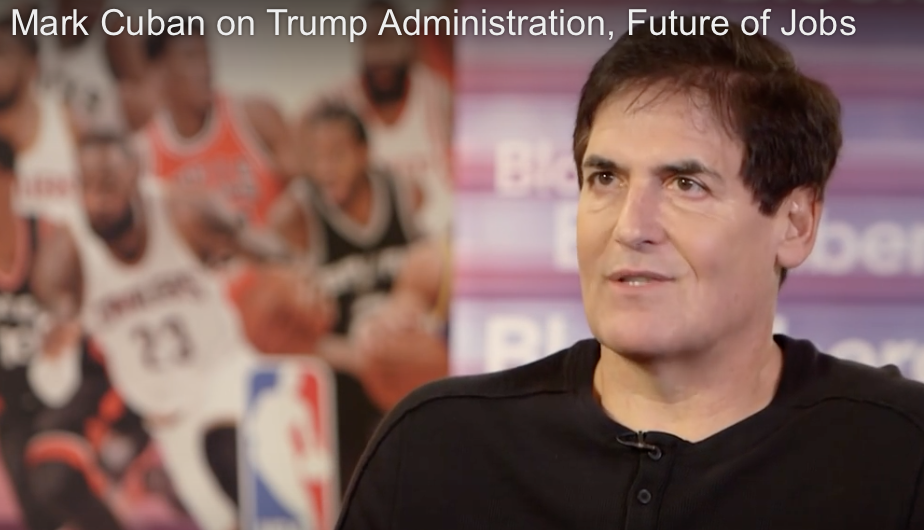 Billionaire software developer and investor Mark Cuban is known for playing the fool on the sidelines of Dallas Mavericks’ basketball games.

But I actually think he’s a pretty smart guy, and have been impressed with his seeming level-headedness when he discourses on various topics.

Take education. Five years ago, he hit the nail on the head in a blog about the coming higher education bubble:

“At some point potential students will realize that they can’t flip their student loans for a job in 4 years. In fact they will realize that college may be the option for fun and entertainment, but not for education.”

And last week, in an interview on Bloomberg TV during which he was asked to discuss the Trump administration, Cuban warned against a simplistic approach to education and future job creation. He said that what we’re facing in the very near future is an “automation of automation,” where many of today’s software and coding jobs will be replaced by computers themselves.

And then the shock quote:

Now, I’m not just applauding Cuban’s opinion here because I happen to have a liberal arts background. I’ve been just as critical as many others about the viability of an English or a Philosophy degree in the current job market, and the lack of focus in most liberal arts programs today.

I’m applauding Cuban’s opinion because I think the intellectual payoff of specialization in school has been oversold. Most companies and jobs today are so specialized, and particular skills they desire change so rapidly, that it’s IMPOSSIBLE for schools to keep up.

For instance, it’s been my experience that the only leg up most business majors today have on non-business majors is familiarity with some basic business concepts and vocabulary, and a degree that makes it easier for them to get them in the door for job interviews. Once they get the job, however, they have to have as much training as their non-business-major peers.

It’s somewhat the same case for engineering. It’s been reported that most engineers use nothing beyond basic algebra in their everyday work. When I asked my brother-in-law, who has a B.S. and Masters’ in electrical engineering and a very good job, if there’s anything his degrees taught him that enabled him to do his job better than I could do it, he essentially said no.

According to Cuban’s rationale, a more general, liberal-arts education that fosters critical thinking will create a more flexible workforce that can better keep pace with the speed of technological change.

It’s a rationale that seems perfectly rational to me.