Liberals Have Become the New Confederates 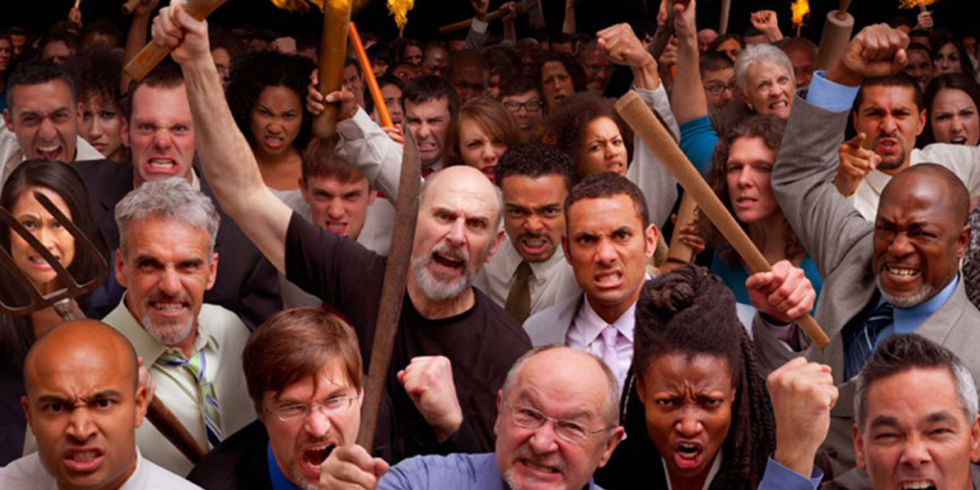 “The South will rise again.”

How often did that rallying cry echo throughout a certain portion of the country following the Civil War? A lot. Actually, the South has risen in any number of very positive ways in the century and a half since that terrible, but terribly necessary, war. This is especially true in recent decades.

But the South never did rise again as any reborn confederacy. The postwar North may or may not have seen to that, but it is indisputable that the North saved the country in the middle of the 19th century.

Something else is likely to be true as we head into the heart of the 21st century—and into the teeth of a very different kind of civil war. And it is this: if the country is to be saved at some point in this century, it will be the South that will be doing the saving. This is not meant in any military sense, but it is meant in this sense: the country will either become more like the South of today or the country will be lost.

None of this is meant to suggest that the South will again attempt to secede from the Union. There certainly have been no calls of consequence since the Civil War for that Confederacy to rise again. Actually, if southerners were to promote secession today it would not be to preserve the chattel slavery of the pre-Civil War period, but to escape the bureaucratic stranglehold that Washington has on modern American life.

While the Constitution is entirely silent on this matter of secession, the Civil War did seem to take care of this issue. Lincoln’s message was clear: try to leave the Union and you will be stopped—and stopped by force, if necessary.

So, the brief experiment that was the Confederacy of 1861 to 1865 was just that, a brief experiment. No political entity has seriously attempted a similar experiment since then. At least that’s been the case until now.

No doubt those who support sanctuary cities would be appalled that anyone would place them in the same category as those despised southern, slaveholding confederates. If anything, today’s advocates of sanctuary cities see themselves as closer to the abolitionists who harbored runaway slaves in northern cities prior to and during the Civil War.

To be sure, harboring legally owned, but runaway slaves is somewhat comparable to offering refuge to those who have entered the country illegally. It’s also true that some abolitionists at least flirted with secession. Curiously enough, the founder of the American Anti-Slave Society, William Lloyd Garrison, was one of them. Equally curiously, Garrison never explained how letting the South leave the Union would have helped end slavery. That remains an unsolved mystery. Of course, had Garrison’s flirtation with secession been realized he could take some comfort in being able to claim that his geographically reduced country was at least free of slavery.

These urban enclaves are not just home to large numbers of undocumented, i.e., illegal immigrants. They are also home to plantation-minded whites and blacks, all of whom are Democrats. In fact, these cities are dominated by the same party that once ruled the pre- and post-Civil War South. And just as the pre-Civil War South was home to paternalistic whites, so are these cities home to paternalistic whites, albeit almost exclusively white liberals today.

In either instance the plantation mentality prevails, whether the plantation be devoted to producing a cash crop or simply distributing cash. In both cases the idea is to reduce choice, keep people in place and just content enough to live lives of mostly quiet desperation.

Of course, today’s white paternalists can be quite content to share power with blacks, especially if those blacks share the paternalistic ethos. In any case, both are products of—and devoted to—one-party rule. They are also singularly devoted to using the power of government to keep the status quo in place. Such was also the case with the white paternalists of the antebellum South.

Those same white paternalists of that bygone era were also quite willing to call upon the federal government to preserve the status quo that was the slave system. The same holds true for white paternalists today. But if that same federal government should turn against them, then what? We know what white paternalists, southern-style, finally did in 1861. Given the trajectory of thought and action in our sanctuary cities, and given a hostile federal government, what might confederacy-minded white (and black) paternalists do at some point in our increasingly uncivil 21st century? Is today a prelude of much worse to come?  And if it is, wouldn’t it be terribly ironic if our southern warrior class would be called upon to take the lead in putting down a confederate rebellion?

A stretch? We shall certainly see, won’t we?