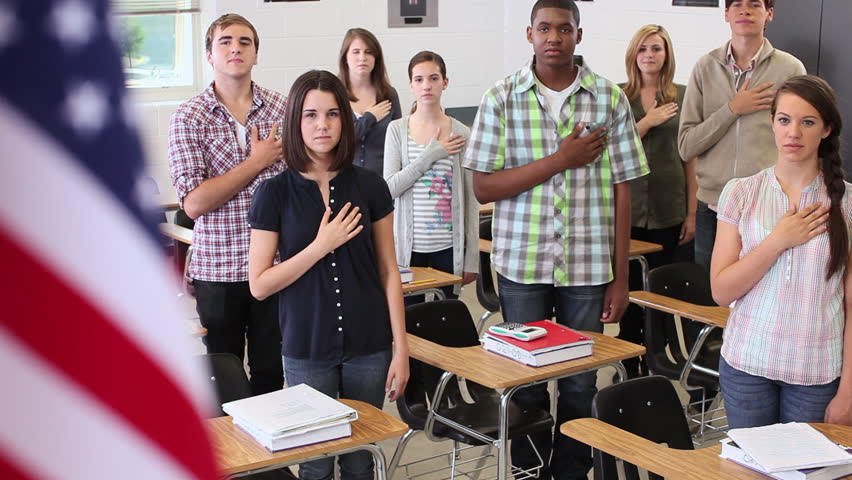 This vow, along with ones like it, was greeted with cringes from those who see patriotism as irrational, opposed to critical thinking, and a form of propaganda.

But in his recent book Conserving America? Essays on Present Discontents, Notre Dame professor Patrick Deneen argues that patriotism is not only good, but entirely rational.

Deneen explains that patriotism—the love or devotion to one’s country—is really just an affirmation of Aristotle’s famous dictum that “man is a political animal”:

“According to Aristotle, humanity in full flourishing requires the goods that a political community affords—the materials goods of sustenance, shelter, protection by an organized defense, and the less quantifiable goods of education, the bonds of friendship, the opportunity for contemplation. Patriotism is the recognition of a debt.”

Thus, patriotism is an expression of gratitude toward the country that provides these goods, much like the filial affection one should have toward one’s parents.

Now, that said, Deneen is most assuredly an advocate of what might be called a “prudential patriotism.” He warns against an unreflective loyalty to one’s country that can result in support for “ignoble acts… at odds with virtue.” Patriotism certainly does not require that U.S. students should be taught to turn a blind eye to the evils that flow from their country with a shrug and a drawl of “Murica.”

The other extreme, however, is the ungrateful cosmopolitan—from the Greek for “citizen of nowhere”—who enjoys the benefits of a political community while returning the favors with only hostility and mistrust.

If recent reports and the Gallup poll from last year are any indication, American schools today are doing a better job of producing cosmopolitans than patriotic citizens. On the poll in question, just 34% of 18 to 29 year olds said that they were “Extremely Proud” to be Americans, versus 60% in 2003 and 51% just before 9/11.

True loyalty, says Deneen, “requires that we love that which is imperfect, even morally frail.” And an intelligent patriot—the type that should be produced by American schools—is someone who, “if critical of his own city, [is] a loving, loyal, grateful, and committed critic, not hostile or ungrateful.”

If you haven’t already picked up a copy of Deneen’s book, I highly recommend you do so. He’ll be an increasingly influential thought leader in the future.