In Defense of Milo 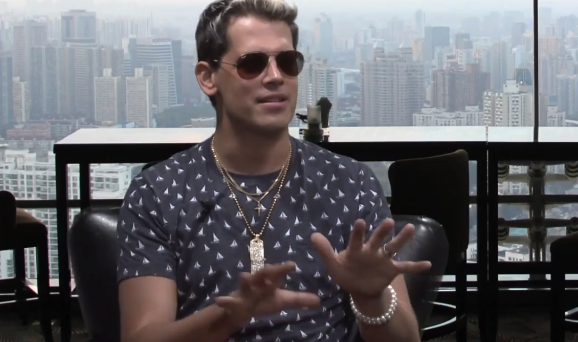 It’s been quite a 36 hours for Milo Yiannopoulos. The conservative provocateur had his book deal canceled by Simon and Schuster and was disinvited from CPAC after a video surfaced that appeared to show him speaking “fondly of relationships between men and ‘young boys.’” On Tuesday, he resigned as senior editor of Breitbart News.

“Breitbart News has stood by me when others caved,” Yiannopoulos wrote in a statement. “They have allowed me to carry conservative and libertarian ideas to communities that would otherwise never have heard them. They have been a significant factor in my success.”

He added, “I would be wrong to allow my poor choice of words to detract from my colleagues’ important reporting, so today I am resigning from Breitbart, effective immediately. This decision is mine alone.”

A clip of the interview can be found below (profanity alert). Here are a few things to consider:

So, back to the clip. It’s rough stuff—and politically toxic. The guests, between the smoking and swearing, talk on a wonderful array of taboo issues, things some people might occasionally discuss in private, but almost never in public.

Despite that, the dialogue, to my surprise, is rather impressive. Like him or not, Yiannopoulos sounds very sharp at moments, quoting Mill and other philosophers without missing a beat. It’s nearly an hour into the clip (about 58:30), when the age of sexual consent comes up.

What’s interesting is that Yiannopoulos runs off course while essentially attempting to defend his own sexual victimization, which he would only say occurred in his “teens.” At times, he seemed to sound like a man simply trying to be honest about a subject most polite people would rather not talk (or think) about, noting that “these things do happen, preferably consensually.”

Yiannopoulos doesn’t sound flustered, but he does contradict himself, which suggests his own thinking on this subject is not quite clear. Moments after saying, “The law [of consent] is probably about right,” he calls the laws “arbitrary and oppressive.”

Why? It’s telling that Yiannopoulos insists that he was not a victim of sexual assault, but a predator.

It’s a classic case of self-blame, a phenomenon quite common among victims of sexual assault. Almost on cue, Yiannopoulos disarms the situation through (crude) humor: “I’m grateful for Father Michael, I would not give nearly such good head if not for him.”

Will this discussion prove the undoing of Milo? He says no.

“I’ve gone through worse,” Yiannopoulos said on Facebook. “This will not defeat me.”

I believe he’s right. Indeed, it would be a cruel irony if Yiannopoulos’ fall is linked to a moment of candor regarding his own sexual victimization (a characterization he’d deny).

But the flap underscores something else: the insidious nature of a society that publicly chastises and punishes those who stray from a set of approved dogmas.

This morning, for example, I read about two separate incidents (here and here) in which teachers were reprimanded for social media posts that a majority of Americans would find relatively benign (if somewhat tone deaf).

It’s oppressive stuff, and a bit scary. People should not have to live in constant fear of what they say. It is a recipe for totalitarianism, particularly in an era when support for free speech is frighteningly low.

It was Chomsky who said, “The smart way to keep people passive and obedient is to strictly limit the spectrum of acceptable opinion, but allow very lively debate within that spectrum….”

Milo Yiannopoulos, perhaps to the angst of some conservative moralists, has emerged as a powerful symbol against this culture of intolerance, a culture that seeks to chastise and ruin people who share ideas that do not conform to our new dogmas.

Conservatives who’d use Yiannopoulos’ on-air comments—made while discussing his own sexual abuse and later disavowed—to cast him aside might need to take a hard look in the mirror. They might not be as different as the agents of intolerance as they think.