How the Left is Winning the Social Media Wars 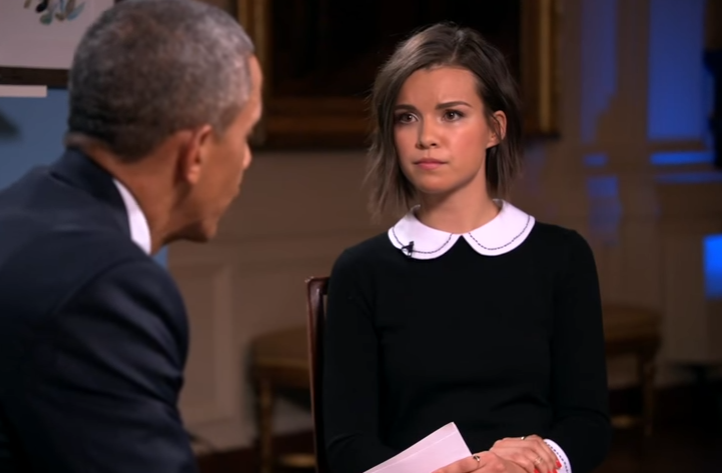 In the aftermath of the 2016 U.S. elections, numerous accounts surfaced of nefarious content creators profiting by posting fake content on social media. The most successful engaged in “anti-Clinton fervor,” promoted Donald Trump’s candidacy and spread right wing news, all for profit.

Buzzfeed editor Craig Silverman described how “teens in the Balkans” earned up to US $3,000 a day “duping Trump supporters.” MSNBC and NPR interviewed creators who operate as members of a “new industry.”

Similarly, Tomi Lohren, a right wing social media host and “liberal agitator,” was described by The New York Times as the “Right’s rising media star.” She even appeared on “The Daily Show with Trevor Noah.”

Operating on the other side of the political spectrum, some of the world’s most popular social media stars have promoted civic engagement and advocated for liberal causes. During the election, some creators were overtly partisan – arguing for Hillary Clinton and protesting against Trump. Since the election, these creators have joined the Women’s March and protested Trump’s policies and executive orders.

Their activism is also perilous. These entrepreneurial content creators not only risk offending their fans, but may also lose advertising revenue and brand sponsors.

The politics of Vloggers

Most fake news creators operated covertly, rarely appearing on camera to reveal their identity or motives. Lahren appears in front of a news desk like a Fox News commentator and is a paid employee of Glenn Beck’s The Blaze, a conservative media organization. In contrast, progressive content creators are primarily self-funded vloggers who produce their own content and operate their own business. Their reach and potential influence are enormous.

Since 2007, the Vlogbrothers, also known as Hank and John Green, have created a network of 44 YouTube channels with nearly 10 million subscribers. Their videos have been viewed over 1.5 billion times. The Vlogbrothers also operate on Twitter, Tumbler and Facebook. They have aggregated a massive fan community called the Nerdfighters. The Greens vlog about many topics, including social issues like Syrian refugees and the gender pay gap. The Vlogbrothers also launched Project for Awesome, which encourages their community and other creators to raise funds on behalf of their favorite causes.

During the campaign, the Vlogbrothers produced videos comparing Trump’s and Clinton’s health care plans and debated whether the elections could be rigged. They launched a “get out the vote” campaign featuring 54 videos with instruction for “How to Vote in Every State” – including military, international voters and unincorporated territories.

In the wake of Trump’s victory, they apologized to 1.3 million fans for not doing more to help get Clinton elected. Since then, they have posted vlogs critical of the Trump administration, including his executive order banning Muslim refugees.

Prominent LGBTQ content creators were also politically active, including beauty vlogger Ingrid Nilsen. She interviewed President Obama and attended both political conventions on behalf of YouTube. Her advocacy resembles MTV’s collaboration “Rock the Vote” with the crucial difference that Nilsen represents a small business entrepreneur, not a multinational media conglomerate.

Some creators offered partisan support for Clinton and against Trump. LGBTQ creator Tyler Oakley championed Clinton to his nine million YouTube subscribers and six million Twitter followers. Oakley posted an interview with Clinton on the eve of the election entitled “Meeting Future Madam President.” In addition to over 66,000 affirmative responses (“thumbs up”), Oakley received more than 10,000 “thumbs down” from fans who may have also unsubscribed from his channel and lost him revenue. Since the election, Oakley continues to post often in opposition to Trump, including criticizing the president’s role in the botched Yemen raid. In addition, both Nilsen and Oakley posted about attending the Women’s Marches.

The Clinton campaign engaged with these creators. Clinton attended a town hall with creators asking her questions of concern to their fan communities. Some creators partnered with Hillary for America to encourage their fans to vote for her in a campaign called #Stronger Together. These included African-American dancer Todrick Hall, LGBTQ singer Sam Tsui and African-American comedian Glozell.

YouTuber Casey Neistat posted a video in favor of Clinton that described Trump as a “megalomaniac who is driven by nothing but ego.” He also boldly criticized other creators for being apolitical. The video reached over five million viewers. In response, Philip DeFranco accused Neistat of “unleashing a hate mob.” The BBC questioned whether Neistat had committed “YouTube suicide” by promoting political topics that may offend fans, brands and sponsors.

Neistat has not been deterred. A video that showed him joining the airport protests in response to Trump’s anti-Muslim immigration ban attracted three million views.

Some creators have proven less adept, if not egregiously bad, at featuring political topics into their platform – or at least claiming that was their intention. PewDiePie is the most successful content creator in the world, with 53 million subscribers on YouTube alone. His content is a mix of video game play coupled with adolescent shock humor. However, after posting a series of anti-Semitic videos, which he claimed were intended as crude political satire, YouTube canceled his Scare PewDiePie program on their subscription platform Red, while Disney-owned Maker Studio tore up their management contract with him. This backlash affirms how content creators have become central players, if not aggressors, in the cultural and political arena of social media.

After the election, Clinton reflected on the pernicious influence of fake news on politics. She described this phenomena as an “epidemic” with “real-world consequences.” In contrast, these progressive creator activists arguably represent a palliative. At the very least, they affirm how this new medium of social media can be harnessed to promote diverse political views. At most, although they didn’t prevail this past election, these next-gen culture warriors could prove vital to winning the next.

David Craig, Fellow at the Peabody Media Center and Clinical Assistant Professor of Communication, University of Southern California, Annenberg School for Communication and Journalism and Stuart Cunningham, Director of the ARC Centre of Excellence for Creative Industries and Innovation, Queensland University of Technology