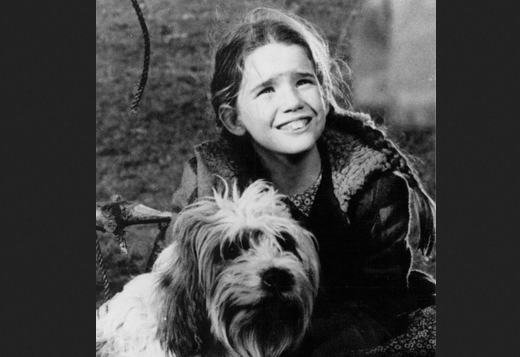 Laura Ingalls was born on February 7, 1867, in a log cabin in Pepin, Wisconsin. The family’s trip from Pepin to their ultimate destination in DeSmet, South Dakota would take less than seven hours today; for Laura Ingalls and her family – Pa, Ma, Mary, Carrie, Baby Grace, and the faithful bulldog Jack – the journey lasted eleven years. It started in 1868 and ended in 1879, weaving its way through six states and ultimately into the consciousness of America. Through a beloved series of books published in the 1930s and 40s, a long-running television series in the 1970s and 80s, a six-part miniseries that originally aired on ABC in 2005, and the publication in 2014 of Laura’s original autobiography, Pioneer Girl, multiple generations have learned Laura’s story.

It is easy to forget that the memoirs of a little girl who watched Native Americans on horseback and saw herds of buffalo on the plains happened within living memory of my elders when I was born. Being born and raised in Minnesota, the books were full of familiar places and names for me. Parts of the Mississippi do freeze solidly enough to drive a wagon on in the winter; trains still ran through the town of Tracy, and my father read the St. Paul Pioneer Press – the same paper that Pa read. In fact, it is still delivered to thousands of doorsteps every morning.

Despite seeming utterly removed from our modern experience, many of the small details of Laura’s life are still present in our own. They are subtle but significant reminders that the stories are based on real people and real events. Laura Ingalls Wilder and Paul Bunyan may both be indelible characters in the mythology of the upper Midwest, but the Paul Bunyan stories are silly yarns rooted in humor and hyperbole, while the hard work and heartache of the Ingalls family and their neighbors really happened.

What is particularly interesting is that the way in which the stories are presented in different media reflects the changing consciousness of America over time. The books feature strong themes of self-reliance, perseverance, and making do – representing the zeitgeist of the Depression-era generation and the patriotic fervor of World War II during which they were published. The television series, nearly forty years later, emphasized a sound morality and the centrality of the family, lessons parents hoped to instill in their latch-key children. The 2005 iteration was a mini-series, which sugar-coated nothing, choosing instead to ask post-9-11 America to consider how you press on when you family lives with a daily fear of the unknown, and what do you do when cultures clash?

And yet, no matter which version of Laura’s stories one considers, there is always the underlying quest for significance in the face of steep odds.

One is forced to ask: What drove these people to undertake such a journey? What yearning, in spite of hunger, exhaustion, and sometimes doubt, propelled them onward? Is this yearning a part of the American character? How is this yearning manifested in each successive generation? Will it persist in the future?

These are the timeless questions that have allowed the series to maintain its relevance with each new audience, and each new generation.

Laura describes, in Little House on the Prairie, how the Ingalls family comes upon a lone man and his wife whose horses were stolen. They are in the middle of the prairie, miles from anywhere – yet they refuse to leave their belongings. They would rather die with their possessions than abandon them. Contrast this with a scene in the mini-series. Near a raging creek, material possessions litter the shore – items that had to be left behind due to their weight and non-utilitarian value. If something weighs down the wagon and has no practical value, it has no place on the prairie.

These two scenes juxtapose differing philosophies of life and tell a somber story: If we choose to take a chance on a new life, then we must abandon those items that will not help attain that goal – whether a pump organ or a trunk of books, unhealthy habits or outdated prejudices. If we stubbornly cling to that which does not support our goal, we either will perish or lose our way.

At Rocky Ridge Farm in Mansfield, Missouri, the place where Laura and her husband Almanzo Wilder settled in 1894, there is a photograph of the two of them in front of their car. Yes – their car. Ponder that for a moment: Both Laura and Almanzo traveled west as children via covered wagon, they conducted their courtship over Sunday drives in a horse-drawn buggy, and, ultimately, they retraced their journeys on the northern plains — in their 1923 Buick.

The changes that they saw in their lifetimes are nothing short of astonishing. Almanzo lived from 1857 and died in 1946; his birth predated the Civil War and his death happened after the dropping of the atomic bomb. Laura lived from 1867 to 1957; she was born during Reconstruction and died in the same year that Sputnik I was launched. She lived to see the introduction of electricity, the telephone, penicillin, movies, television, air travel, space travel, and two World Wars. She was born in an era of twig brooms and eating hard tack on the trail, and died in the age of vacuum cleaners and counter-top blenders.

Such a humble life, seemingly simple and uncomplex as it was lived, serves as yardstick measuring the changes that swept across America over a period of just one lifetime. This realization forces the question: Will the changes we see over our lifetimes be just as profound?

Fraught with peril, brimming with promise, each of us has a journey ahead. The changes we see and the challenges we face will span an enormous continuum. Time will shape the way we consider the past and how we evaluate our actions in matters of personal survival, ethical dilemmas, and universal truths. How our stories are told may shift according to what future audiences hold dear, but ultimately, we must ask ourselves if the choices we make and the time we inhabit will have significance.

Cheri Pierson Yecke is a retired professor of history and political science and served as the Commissioner of Education under Minnesota Governor Tim Pawlenty.