America’s Public Schools Are No Longer Serving the Public 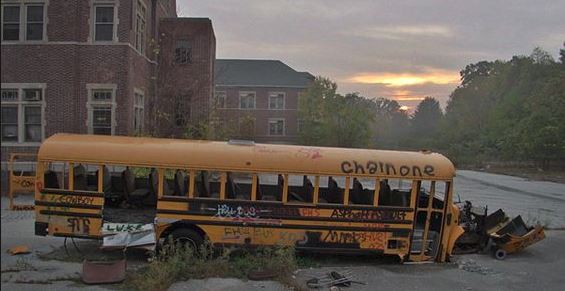 Betsy DeVos, the new U.S. Education Secretary, is an advocate of school choice. As such, her confirmation hearings have generated warnings that Trump wants to “destroy” public education.

The very adjective “public” is a marketing advantage for those who support the current government-run school system. For many Americans, it still connotes a non-elitist form of education (versus that dreaded concept of “private” education) that ensures an informed public and binds us together as a nation.

But here’s the thing: It might very well be the case that America’s public schools are no longer serving the public, and haven’t been for some time.

In the 19th century, the American education system was primarily created as a vehicle for solidifying national unity and civic identity. It was seen as the fulfillment of Founding Father Benjamin Rush’s desire for “a uniform system of education [that] will render the mass of the people more homogeneous and thereby fit them more easily for a uniform and peaceable government.”

Secondarily, it desired to extend a knowledge of the basics to all American children. It was, as revered education historian Lawrence Cremin put it, “concerned with the greatest general proficiency of average students.”

That’s it. That’s what the American education system was for. (Now, I have some problems with both of these goals, but I’ll set them aside in this post.)

Arguably, however, America’s public schools are effectively accomplishing neither of these goals anymore.

It has now become de rigueur for America’s public school students to study their country’s history through a “hermeneutics of suspicion.” Most are not intellectually trained to be patriotic and proud of their nation’s past, but rather, to see it as primarily built upon a foundation of patriarchy, oppression, and violence.

Moreover, repeated curriculum changes and misguided educational theories over the past 100 or so years have left today’s schools ill-equipped to give students a solid training in the three Rs of “reading, writing, and ‘rithemetic.”

As proof of the decline, take a look below are the most-recent proficiency numbers for American students in a variety of subjects:

And if that’s not enough proof for you, just ask any college professor about the reading comprehension level and writing ability of most of his/her students, a large percentage of whom have to take at least one remedial course.

Systems are human creations designed to accomplish certain goals. When it’s clear that they are no longer accomplishing those goals, and all amounts of tinkering have been exhausted, then it’s time to scrap the system and go back to the drawing board.

Will the type of school choice policies supported by Betsy DeVos break up the current public education system? Perhaps. But if they do, maybe then we’ll get a system that once again serves the people.