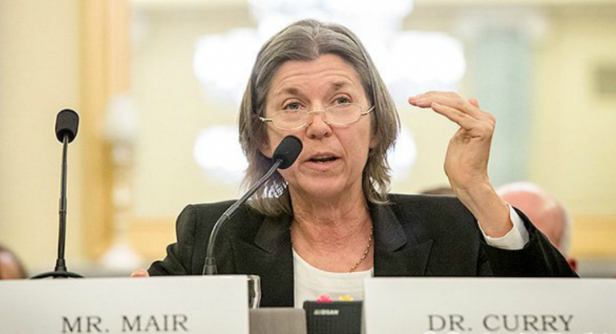 A climate scientist at Georgia Institute of Technology, Dr. Judith Curry, abruptly resigned last week citing “craziness in the field of climate science” and the politicization of academia.

Via her blog, Climate Etc.:

Effective January 1, I have resigned my tenured faculty position at Georgia Tech….

Technically, my resignation is a retirement event, since I am on the Georgia State Teachers Retirement System, and I need to retire from Georgia Tech to get my pension (although I am a few years shy of 65). I have requested Emeritus status.

Why did she resign?

I’m ‘cashing out’ with 186 published journal articles and two books. The superficial reason is that I want to do other things, and no longer need my university salary. This opens up an opportunity for Georgia Tech to make a new hire (see advert).

The deeper reasons have to do with my growing disenchantment with universities, the academic field of climate science and scientists.

Dr. Curry wrote that she’s been going to school since she was five years old, but it has been “the past 5-10 years” that she witnessed many troubling changes. I’d encourage readers to read Curry’s blog in full, but here are a few highlights:

I had not heard of Curry before this morning. According to PJMedia, “Curry is known for her scientifically astute explanations of the uncertainties in climate science” and has been accused of practicing “anti-science” for questioning the narrative that man-made global warming “is a catastrophic threat to humanity.”

The anti-science charge was lobbed by hockey stick graph creator Michael Mann. Mann, if you recall, was the scientist at the center of “Climategate.” He was the guy who taught Phil Jones the “trick” on how to “hide the decline” in temperatures, according to the New York Times. (The prickly Mann also seems to sue or threaten to sue people as quickly as Donald Trump, hence the NYT attribution.)

My problem with Mann and academics like him are their dogmatism and tactics. Anyone who read the East Anglia School emails could see that these scientists had crossed the line between scientific inquiry and advocacy. A snapshot:

“I’ve just completed Mike’s Nature [the science journal] trick of adding in the real temps to each series for the last 20 years (ie, from 1981 onwards) and from 1961 for Keith’s to hide the decline.”

“I can’t see either of these papers being in the next IPCC report. Kevin and I will keep them out somehow — even if we have to redefine what the peer-review literature is!”

From: Kevin Trenberth (US National Center for Atmospheric Research). To: Michael Mann. Oct 12, 2009

“I will be emailing the journal to tell them I’m having nothing more to do with it until they rid themselves of this troublesome editor.”

“Can you delete any emails you may have had with Keith re AR4? Keith will do likewise.”

My hunch is this is some of the “craziness” Curry was referring to in her blog. Publish a paper that has the “wrong” conclusion? We’ll deny you peer review. Edit a magazine that publishes scholarly articles skeptical of “consensus” conclusions? We’ll kick you off the panel.

These attitudes and actions simply don’t belong in what ostensibly are our bastions of academic inquiry.

“It is always sad to see the departure of any academic who is truly committed to the spirit of free inquiry,” one person wrote in the comments of Curry’s blog.

He’s right. Especially when there seems to be a greater need for it in academia than ever.