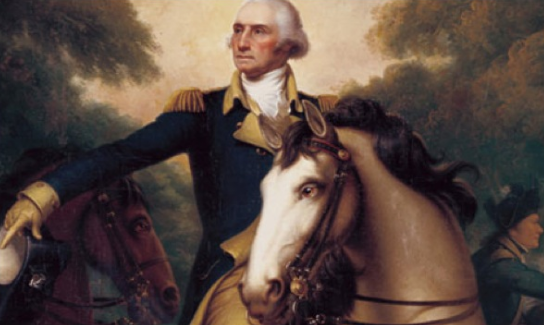 I have to admit that I’m not a big fan of our first president. Why? He doesn’t strike me as the intellectual giant that some of our other Founding fathers were. I’ve written and published on Benjamin Franklin and James Madison, but not on Washington. To my slight embarrassment, I didn’t even include him in an encyclopedia entry I penned on the “American Enlightenment.”

According to Avlon, Washington’s address warns future generations of Americans of many dangers, including entangling alliances, excessive partisanship, mounting debt and even the possibility of foreign nations influencing American politics and undermining our sovereignty.  Washington was amazingly prescient!

Now, I’m right about something: Washington could not match his fellow Founders’ genius. In an interview with NPR, Avlon notes that Washington “had the greatest team of ghost writers in history. James Madison on the first draft and then Alexander Hamilton. But while the final words may have been largely Hamilton’s, the ideas were all Washington’s.”

I’m not so sure about the last statement. My guess is that a few of Madison’s and Hamilton’s ideas made it into the final draft. Nevertheless, you can’t deny the significance of the document.

Here are some (very quotable) highlights of Washington’s Farewell Address:

“It is our true policy to steer clear of permanent alliances with any portion of the foreign world; so far, I mean, as we are now at liberty to do it; for let me not be understood as capable of patronizing infidelity to existing engagements.”

“Promote then, as an object of primary importance, institutions for the general diffusion of knowledge. In proportion as the structure of a government gives force to public opinion, it is essential that public opinion should be enlightened.”

“Of all the dispositions and habits which lead to political prosperity, religion and morality are indispensable supports.”

“I hold the maxim no less applicable to public than to private affairs, that honesty is always the best policy.”

“In reviewing the incidents of my administration, I am unconscious of intentional error, I am nevertheless too sensible of my defects not to think it probable that I may have committed many errors.”

So, if we take Washington’s address as the standard of excellence, what did Avlon expect of President Obama’s? Here’s Avlon’s answer:

“I think the thing to look for will be … partly a recitation of his record. But then I think there will probably be a section that is a warning to his fellow citizens. And there will be a lot of people who instinctively say that “Oh, that’s out of the American tradition,” or ‘Oh, that’s a cheap shot at an incoming president.’ But in fact, that is a core part of the farewell tradition.

So much of Washington’s wisdom is so pertinent today—that’s really important. There are things out of this speech which liberals and conservatives can take comfort from. … The things that led Washington to these beliefs and then the way this advice echoed through history and echoes on today … I think in some ways [it] is more relevant than ever before.”

Did Obama make the grade? Watch and decide for yourself.