When Warming Up a Car in Winter Becomes a Crime 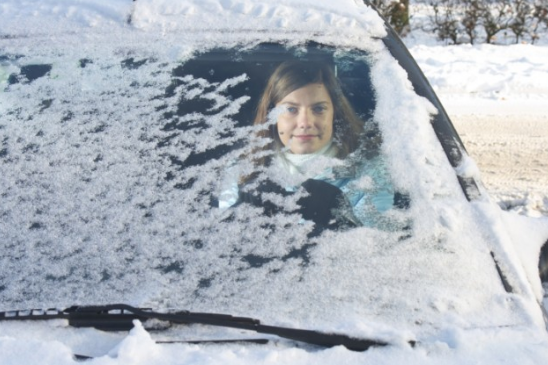 Taylor Trupiano says he’s still shaking his head over a parking ticket he got on his own property.

“I thought it was some kind of joke at first, and then I was thrown back by it,” he said. “I was really surprised.”

The ticket was for leaving his motor running while he was not present, something millions of Americans do every winter.

If you’re wondering if police in Roseville are aware of remote starters, I have an answer: They are. The difference, they claim, is that remote starters require vehicles to be locked to operate. Such an exemption seems a bit strange, since it requires police to invade the personal property of citizens by opening car doors (and walking on their private property to do so, in Trupiano’s case) to determine if the vehicle is properly locked.

Most people, I suspect, would view such a ticket as the opposite of common sense and a petty abuse of power.

The philosopher Bertrand Russell, in his 1950 Nobel Prize Acceptance Speech, wrote about the human “love of power” and the natural inclination to abuse power in petty ways once acquired.

Love of power is greatly increased by the experience of power, and this applies to petty power as well as to that of potentates….
color:#666666″>[In] any autocratic regime, the holders of power become increasingly tyrannical with experience of the delights that power can afford. Since power over human beings is shown in making them do what they would rather not do, the man who is actuated by love of power is more apt to inflict pain than to permit pleasure.

This wariness of power was an idea shared by America’s Founding Fathers. James Madison once wrote, “The truth is that all men having power ought to be mistrusted.”?

This idea—that humans with power by nature are more likely to inflict pain than permit pleasure—is perfectly demonstrated by an officer ticketing a man for warming his car for a few minutes on a frigid day.

Yet this skepticism shared by Russell and Madison is an idea lost on most Americans today. They object to power—but only when it’s in the hands of someone they mistrust.

Nick Gillespie made this very point Monday in an article published by Reason magazine. He noted that for nearly a decade progressives egged on President Obama as he expanded the reach of the executive branch:

There’s no question that Obama worked overtime to arrogate more power to the presidency over the past eight years, using all sorts of unilateral action to get shit done. Even Yellow Dog Democrats will grant as much when it comes to civil liberties abuses (remember Bam’s “secret kill list”?) and waging war (still waiting on his request to Congress under the War Powers Act to sanction Libya, which turned out so well). Obama was on the losing end of a 9-0 Supreme Court ruling about abusing recess-appointment powers and his moves on immigration law suffered a similar fate as well. In all sorts of ways, the plain fact is that, like George W. Bush before, Obama was ready to grab as much power as he could. And whatever presidential precedents he established will now be sitting in Oval Office, waiting for the arrival of Donald Trump.

We’ll soon learn if this time around Republicans can do more than pay lip service to the idea of limiting the reach of the federal government as the Founders intended.

We’ve seen how a simple patrolman can abuse the power he’s given. Can you imagine what a tyrant could do with the immense power of the executive branch?