What We’re In For with Trump 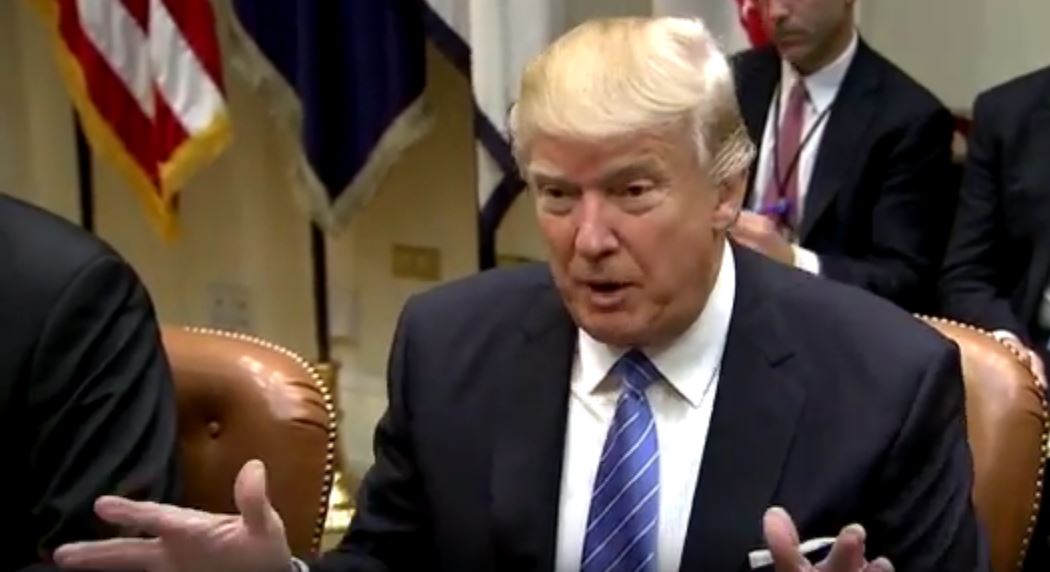 I happened to catch most of Trump’s conference with business leaders this morning over breakfast. Here are my thoughts. If I’m being a typical Midwesterner/Rust Belter on this, apologies in advance; I can’t help where I’m from.

Trump’s speech can be divided into four parts of roughly equal size. 25% of the things he said in that address were genuinely good ideas that I want to see succeed; 25% were in the “interesting-if-he’s-sincere” category; 25% were outright lies; and 25% were typical Trumpian bluster (outright lies are actually false; bluster is politically nice-sounding but can’t be tested). Here are some examples:

In the first category: basically anything he said about protection, fair trade, keeping capital at home, making products at home, and leveraging tax policy to implement that. These are genuinely good ideas, and the liberal-left should have been doing this from day one if they cared about American workers at all. It shows that Trump (or at least one of his advisors—probably Bannon) understands what used to be common sense on the liberal-left but which is now relegated to distributists and post-Keynesians: that is, that tax policy can be used creatively to shape social value and produce equitable outcomes. And here’s the thing: Trump is being a real, Krugmanite Keynesian—a better one than the Democrats have been the past eight years—by committing to a policy of massive deficit spending to spur investment during a slump or a slow recovery. Take that as you like.

In the second category: cutting income taxes for the middle class. Again, this amounts to a form of Keynesian deficit spending; it should “work”, in theory while our economy is still struggling. This is an area where he could stand to make some real changes for the better, but on which I doubt he’s going to follow through, because, as we have already seen…

In the third category: anything he had to say about “massive” tax cuts on the middle class overall. He already had an easy-peasy opportunity to make things financially easier for young, lower-middle to middle-class homeowners (the people most likely to take out, or to already have, an FHA mortgage), and he elected instead to make things more difficult. He already implemented what is effectively a property tax hike, payable directly to the bankers rather than to the government. Until he does otherwise, I’m holding this one to basically be a lie.

In the fourth category: his lines about “reducing regulation by 75%”, and how it would help small businesses. This is stuff that GOP regulars, Reaganites and libertarians lap up because it sounds nice—getting government out of the way of business; eliminating consumer, worker safety and environmental protections (but not really eliminating them, after all, “I’m a very big person when it comes to the environment”) so that businesses can “get [things] built”. I say this is essentially bluster because “cutting regulations by 75%” can mean anything from cutting funding to regulatory agencies and making them impotent, to repealing specific codes, to reducing standards for compliance. Trump came off needlessly weak here, because (again, as the distributists and post-Keynesians know all too well) regulation as well as taxation can be used creatively to implement social values. And the “massive” projects that Trump wants to see built are NOT going to be built by small or locally-run businesses.

All in all, I think we’ve got a good idea of what we’re in for. The bad news is that the tax cuts and benefits will continue to accrue primarily to the ultra-rich. The companies which Trump will favour will be the big multinationals (big extraction, big ag, big-box retail, financial giants, tech giants, defence contractors) who have the capital to leverage will take advantage of this favour, at the expense of small, local and family-run businesses. The good news is that we will have an opportunity to see whether or not the political shibboleths of austerity and “free trade” at all costs can be broken, and if we have the potential to improve the job market with a creative tax policy.

Politically speaking, the left in particular has to keep its eye on the ball; and the Old Right has to not get suckered by Trump’s bluster and culture-war offences. This is the important stuff; the Twitter feed is literal chaff designed to keep you off-target.