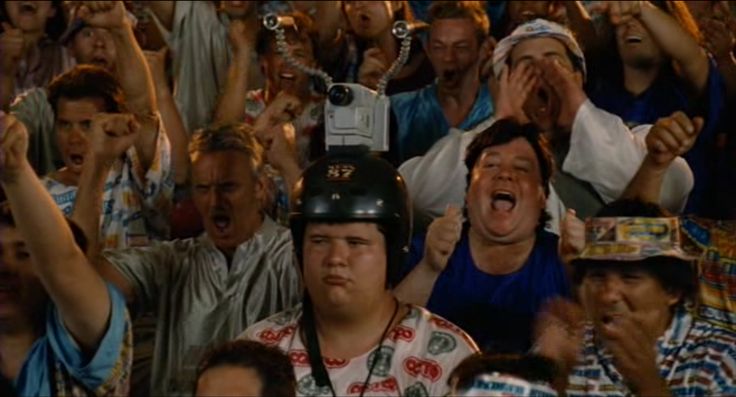 “The pain of our corruption must be healed by virtue, knowledge, and eloquence.”—Giambattista Vico (1668-1744)

In the wake of the “Trump phenomena” and other recent political developments, many people have become concerned that we have entered a “post-truth” era characterized by a contempt for objective facts. Fittingly, Oxford Dictionaries made “post-truth” the word of the year for 2016, while over the past weekend one of Trump’s top counselors coined the phrase “alternative facts,” which quickly began trending on Twitter and other social media.

While I agree that this tendency is distressing, and though I, too, think there is much to be said for John Adams’ claim that facts are stubborn things, I nevertheless find the belief that facts (or truths) have power by themselves to compel human actions and events to be extremely, and perhaps dangerously, naïve.

If we care about truth and facts, and want to promote and defend them in the political domain, then we need something more. First and foremost, we Americans need to do a better job of educating ourselves, which means everyone. The need for this is widely recognized.

We also need to cultivate bigger and better ideas as a people. A key element in all this, however, has to be rhetoric, which is the art of persuading others to agree, not only with us, but with facts and the truth itself. Bigger ideas, like taking a cosmic perspective on the human condition, for example, can only be effective if they are effectively communicated.

Plato addresses the issue of rhetoric in his dialogue Phaedrus. At one point in the conversation, Socrates and Phaedrus are considering whether rhetoric concerns truth or only what can be made to seem plausible. In a key passage Socrates personifies rhetoric and has her say this:

“I don’t insist that anyone who learns how to speak should be ignorant of the truth; on the contrary, if I advise anything, it is that a human being should acquire truth first and then get hold of me. But this at any rate is my boast: that without me the person who knows what is true will be quite unable to persuade scientifically.”

Without rhetoric or eloquence, the person who knows the truth will not be able to persuade others. But then, how exactly does one persuade “scientifically”? (Note: the Greek word translated as “scientifically” here is a form of the word techne, which might just as well be translated in this context as “artfully.”)

For Plato, as for his student Aristotle, a knowledge of human psychology is crucial for “scientific”—or artful—persuasion (see Phaedrus 271a-b). This is not the kind of psychology that one gains by administering electric shocks to rats, or even by putting human beings in the highly artificial context of contrived experiments. Rather, it is a psychology that comes from thinking about human beings, our intellectual and other capacities, our common passions or emotions, and our appetites. Unless we know how we are put together and what moves us, we will have a very hard time persuading one another.

Very simply put, persuasion has to go to work not only on our intelligence but also on our passions and appetites, the things that move us, at least where most people are concerned. Hannah Arendt, in an important essay about authority, makes the point that although Plato believes that “truth…compels the mind,” he also thinks that “only the few are subject to (truth and the coercion of reason).” Therefore, as Arendt says, “the problem arises of how to assure that the many, the people who in their very multitude compose the body politic, can be submitted to the same truth.” Arendt thus holds out the possibility that, as Plato sees it, philosophers and scientists may accept the truth without rhetorical persuasion, on the basis of reason and evidence alone. It is a different story, however, when it comes to most people, “the many,” who stubbornly resist “coercion through reason.”

Unfortunately, Arendt overestimates—at least in this essay—the importance of coercion (or compulsion) within political life, since there is also a place here for persuasion. On her reading, Plato himself rejects persuasion as a means of engaging in political life, initiating instead a search for authority that will keep the masses in line with truth and what is best.

Arendt’s reading cannot be quite right, however. Plato does recognize the vital role played by persuasion and hence rhetoric in political life. If he is also consistently critical of rhetoric, this is because he sees the potential of rhetoric to harm when it is employed without a regard to truth, including whatever is truly good. As he has Socrates say in his Gorgias dialogue, rhetoric without truth can be mere flattery of the people, pleasing like junk food but—also like junk food—not really good for anyone. Speaking to and thus stoking people’s fears and anger can be merely one more way of flattering them.

There is, in fact, a fine line between friendliness and flattery, and friendliness is definitely a human excellence as well as something we could use a lot more of in our political culture. (On this topic, see Aristotle’s Nicomachean Ethics, Book 4, Chapter 6.) It is hard to deny that we would do a much better job of persuading each other if we were friendlier with one another.

The main idea I want to highlight, however, is that although rhetoric can be used for all sorts of devious purposes, truths unappealingly presented seem destined to remain the purview of a very few. In a democratically-oriented Republic such as the United States, this will prove, and indeed has proven, disastrous. My conclusion is that, because “the multitude compose the body politic” (or most of it), those of us who care about facts and truth, including whatever is truly good, should learn better how to speak persuasively. Our education and hence our future almost certainly depend on it.