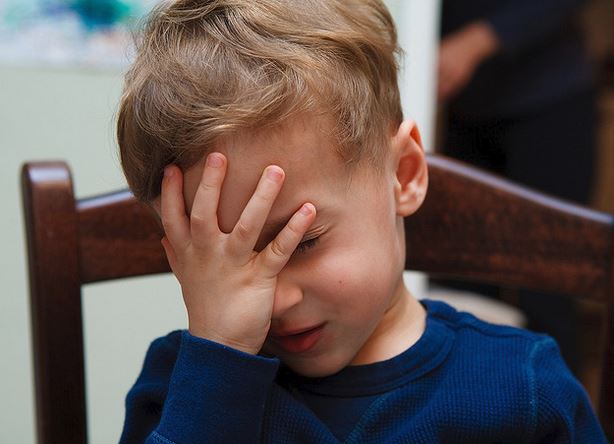 It would be difficult to think of any principle more basic than that criminal defendants can’t be convicted except by proof beyond a reasonable doubt. But left-leaning “fact-checker” PolitiFact doesn’t even know it.

The Supreme Court has made this clear many times. For example, in its decision in In re Winship (1970), the Supreme Court ruled that “the Due Process clause protects the accused against conviction except upon proof beyond a reasonable doubt.”

The clear and convincing standard, by contrast, is often used for non-criminal cases, such as professional license suspensions, and issues in civil court involving fraud, punitive damages, wills or family decisions.

The context of PolitiFact’s error-filled “fact-check” is Democratic Senator Bob Casey’s partisan attack on Betsy DeVos, who has been nominated to be the next Secretary of Education by President Trump. Casey has taken issue with DeVos partly because she and her husband donated to the Foundation for Individual Rights in Education. FIRE is a civil-liberties group that mainly focuses on free-speech issues, but also seeks to protect due process, by allowing colleges to use the clear-and-convincing evidence standard (requiring roughly a 75% likelihood of guilt) in college discipline. Casey believes that standard provides too much protection to students and faculty accused of sexual harassment or assault. Instead, he believes that a lower standard of proof should be used, a preponderance (or 51% chance of guilt) standard. That is the standard used in civil court for most (but not all) issues, such as whether to award compensatory damages.

PolitiFact spins the issue as all about “rape,” titling its misleading “fact-check” as “Trump’s education pick donated to Philly group with controversial campus rape stance.” By wrongly making FIRE look weird, PolitiFact can harm DeVos through guilt by association.

But there is nothing particularly “controversial” about believing colleges should be allowed to use a clear-and-convincing evidence standard, rather than a lower standard. Once upon a time, most colleges used a “clear and convincing” evidence standard in student and faculty discipline cases, to safeguard due process. As James Picozzi noted in 1987 in the Yale Law Journal, “Courts, universities, and student defendants all seem to agree that the appropriate standard of proof in student disciplinary cases is one of ‘clear and convincing’ evidence.” (James M. Picozzi, University Disciplinary Process: What’s Fair, What’s Due, and What You Don’t Get, 96 Yale L. J. 2132, 2159 n. 17 (1987)).

PolitiFact also makes the false claims that FIRE “frequently represents students accused of sexual assault who have lodged complaints against institutions of higher education” and “often provides legal counsel” to them. Even a cursory review of the many available court rulings in cases brought by such students would show that this is untrue: perhaps one of those many cases was brought by FIRE (Doe v. Lhamon).

FIRE is mainly concerned about free speech, not due process, much less sexual-assault-related due-process issues. FIRE has brought many free-speech cases over the years in areas, such as challenges to colleges limiting speech to narrow “free speech zones.” FIRE has filed friend-of-the court briefs in a few due-process cases, including ones where students alleged they were falsely accused of sexual assault and denied a fair hearing by their college. But it did not represent the accused students, who had their own lawyers. As someone who practiced education law for years, I know better than to refer run-of-the-mill due process challenges by students accused of sexual assault to FIRE; it would be an act of futility, since it seldom provides such students with legal counsel. Instead, I refer such cases to lawyers in private firms who specialize in this.

FIRE defended the “clear and convincing” standard after it was attacked by the federal government. The Obama administration told colleges not to use the “clear and convincing” standard in determining guilt or innocence in sexual harassment and assault cases, in an April 4, 2011 “Dear Colleague” letter issued by a political appointee in the Education Department’s Office for Civil Rights. That letter also urged colleges to restrict cross-examination, even though the right to cross-examine one’s accuser is guaranteed by many state Administrative Procedure Acts, and protected by court rulings such as Arishi v. Washington State University and Liu v. Portland State University. I used to work in the Office for Civil Rights, and I think its 2011 letter misstated the law, and acted improperly in overriding traditional safeguards for accused people, as I explained in detail back in 2012.

FIRE also thinks the Obama administration overreached. So do many law professors from across the political spectrum; they have argued that the Obama administration illegally imposed new requirements on America’s colleges in that 2011 letter, without going through the notice and comment process mandated by the Administrative Procedure Act. On May 16, 2016, 21 prominent law professors argued that that “free speech and due process on campus are now imperiled” by the letter’s requirements, which ignore “judicial precedent and Administrative Procedure Act requirements.”  The 21 professors included former federal appellate judge Michael McConnell, and Harvard law professors such as Elizabeth Bartholet (who taught sex discrimination law for many years), Richard Parker, and Charles Donahue.

As law professor Jonathan H. Adler has noted, this is not the first time that PolitiFact has gotten the law wrong: it also repeatedly made false claims about the Supreme Court’s decision in Ledbetter v. Goodyear Tire & Rubber Co. (2007). Journalist Megan McArdle also debunked PolitiFact’s erroneous coverage of that topic, in a piece entitled “More Fact Checker Fail.” Additional examples of false claims by PolitiFact are found here.

Politifact finally fixed its erroneous claim about the burden of proof in criminal trials (but not its other errors). It has also belatedly added a note beneath, saying “Correction: An earlier version of this article incorrectly characterized the standard of evidence used in criminal convictions.”

It’s about time. People have been telling PolitiFact about this error since yesterday, by email and by tweet. On Twitter, Professor KC Johnson pointed out the error, as did prominent criminal defense lawyers like Ken White of Popehat, and Scott Greenfield of Simple Justice, and legal commentator Walter Olson of the Cato Institute. The error was pointed out in a response by “Judge Elihu Smalls” to the very tweet in which PolitiFact advertised the original erroneous article.

Twitter users noted that PolitiFact had initially “stealth edited.” Earlier, a reader had written to me, saying, “PolitiFact Pennsylvania edited its story, changing ‘clear and convincing’ to ‘beyond a reasonable doubt’ but without providing readers a correction notice. Classy, right? (Luckily somebody saved the original at the Internet Archive).” I have a screenshot of the article from less than two hours ago, still showing the error about the burden of proof in criminal trials.